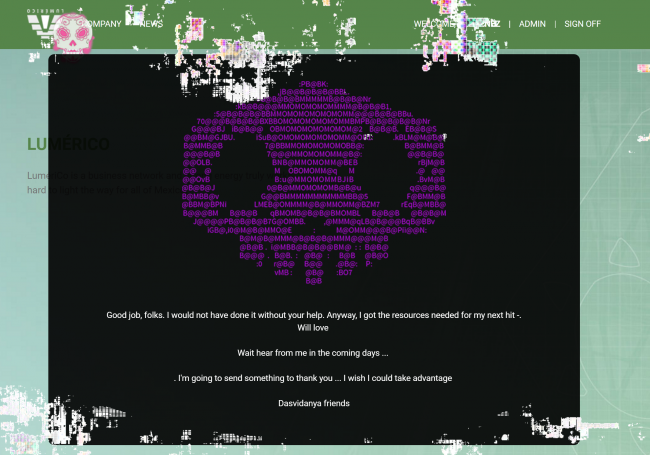 Overwatch fans continue to dutifully pursue the leads thrown up by the Sombra ARG.

The latest happenings in the Ovewrwatch ARG had investigators anticipating a November 1 attack on the Lumerico.mx website, which paid off in the form of internal mail discussing Sombra’s interference and a gradually-filling power meter. Many players hoped Sombra would be formally revealed when the meter topped out, but it just threw up another mysterious message, pointing to yet another website.

You can read more about these Overwatch shenanigans on PC Gamer, but the short version is: nothing happened. Again.

Many top Overwatch investigators seem to be pretty annoyed by the ARG now. It keeps giving us countdowns and dropping breadcrumbs, some of which have taken serious work to follow, but theese only lead to more mysteries. There’s been no substantial new information from the ARG in months.

Of course, we’d probably all be a lot more excited by this if we didn’t already know what’s happening. Sombra leaked in October and again yesterday, but even if she hadn’t, the early stages of the ARG (which dates right back to July at least) gave away most of what we needed to know: she’s a hacker from Mexico, affiliated with Talon, and the 23rd hero of Overwatch.

Heck, the first mention of Sombra is on an in-game asset which was found before the Overwatch beta. So you know, tease away: apart from the reveal of her abilities, which was always expected at BlizzCon this weekend, we’ve had everything we wanted to know about Sombra for months. Call us when something substantial happens, maybe?