Overwatch spoilers within, I guess; don't click through if you're not ready to meet Sombra. 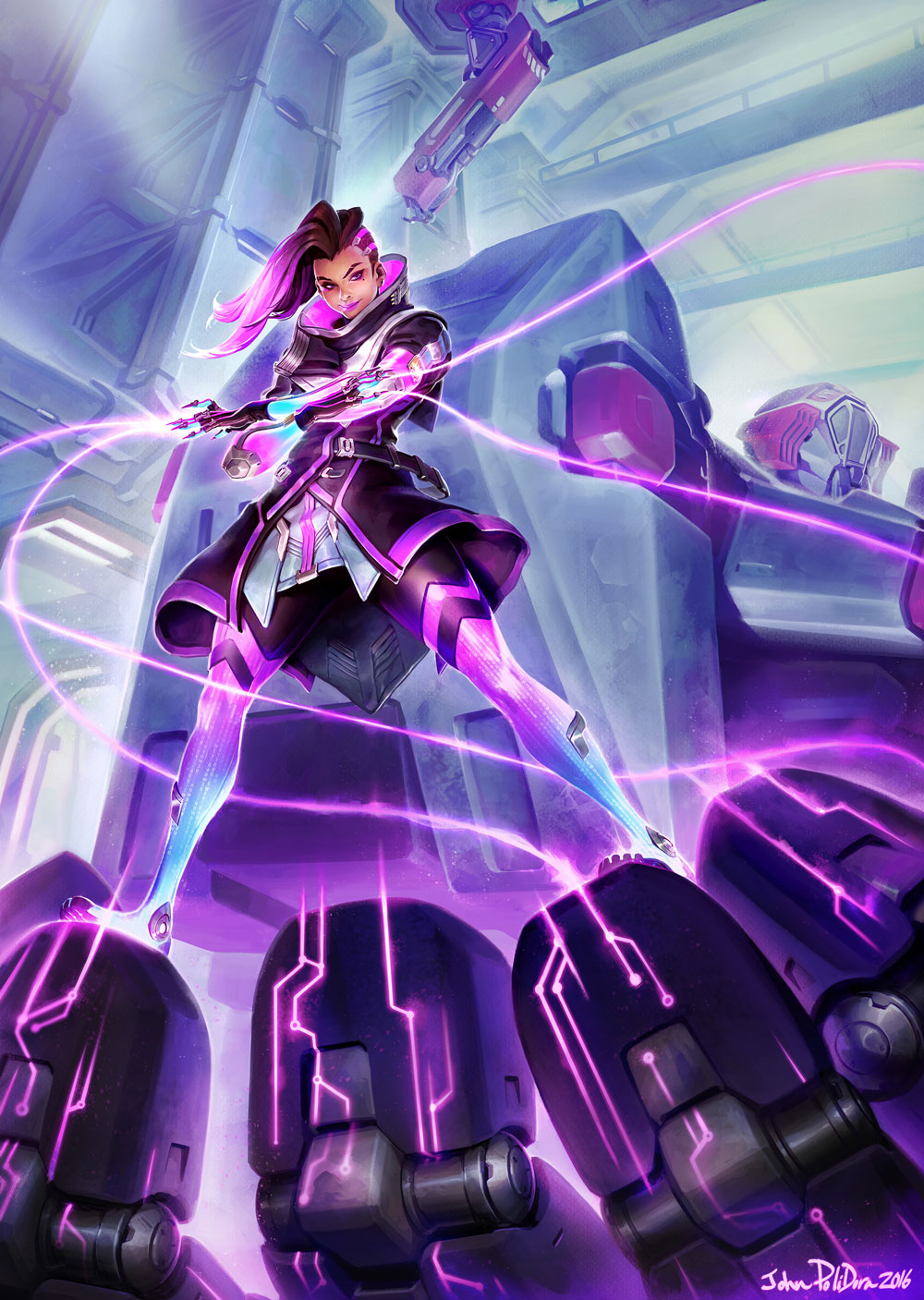 The image, which is hosted on a genuine Blizzard URL, appears to be a new fine art print. It's not immediately accessible from the Blizzard Gear Store, but keep your eyes peeled during BlizzCon - maybe it's one of a new series?

Update: Blizzard wised up and pulled the art - or at least moved it from its original hosting link. I can confirm it was legit; I saw it in situ before this happened.

Nobody seems to be sure who first found the file, but I saw it on the Overwatch Reddit. Is it possible Blizzard leaked it as part of the ARG, or is that too much of a stretch...? At this stage, I'll believe anything.

The image matches an earlier Sombra leak, apparently verifying it. I say "apparently" because it's possible Blizzard produced the art in tribute to an amusing fake. I don't think so, personally; the arrival of Overwatch's Halloween event was already enough to convince me of the veracity of that info drop.

Expect Sombra to be revealed at BlizzCon this month if not sometime during the Overwatch World Cup - unless Blizzard gets so sulky over all the Overwatch leaks that it packs up its bat and ball and goes home.