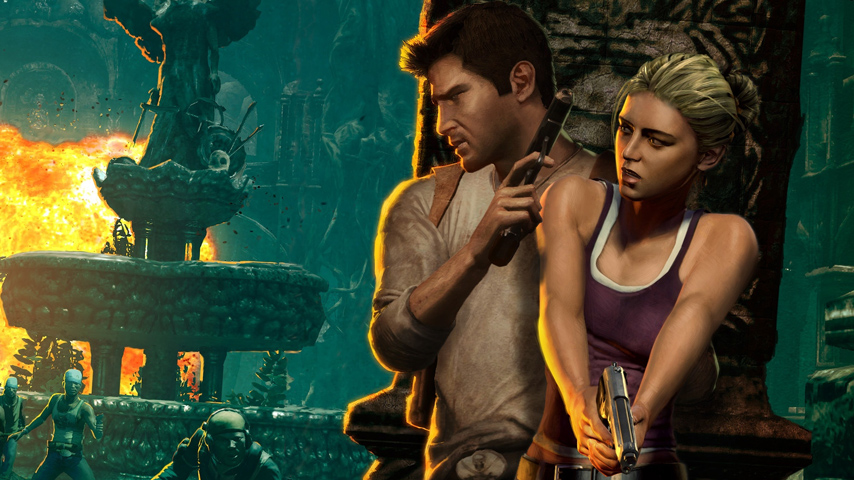 The Uncharted movie seems to have made a tentative toddle out of the development hell it’s been in for years with the appointment of new director Shawn Levy.

We’re not heating the popcorn pan just yet but certainly screenplay writer Joe Carnahan seems pretty positive the project is moving forward now. In extracts from an interview published on Collider today, Carnahan had plenty of interesting stuff to say about the Uncharted movie.

Although there are many interesting points in the interview what I found particularly compelling was talk of how far Carnahan, obviously a fan who knows the Uncharted games well, is willing to deviate from the original material to make a better movie, and his attitude towards potential fan reactions to this.

Carnahan said the film just “doesn’t function as a straight lift of the video game” – some things have had to change. He’s sat down with Amy Hennig, Nolan North and Neil Druckmann to talk over his ideas and had a positive response.

“[Hennig] understands too that you can’t be so slavish and devoted to the source material,” he said. He then said movies adapted from other media are held back by the need to “check these boxes or these fans are gonna get on our ass”.

“I’m a big believer that the fanboy element or the fan lobbies are massively overrepresented in Hollywood and don’t have nearly the lobbying power that we think they do,” he said. “We gotta sometimes cut loose of those, because it shackles you.

“You need to break with tradition sometimes to tell compelling stories. It’s just making a great movie and trying to put as much of the game in as you can and the sensibilities of making Drake and Sullivan and so on, and beyond that, just do something original and fun. Roll the dice, like we have to do on anything. Try to check the boxes you can, but beyond that don’t get wrapped up.”

Carnahan’s description of Drake and Sully elsewhere in the interview suggests we won’t see them stripped of what makes them interesting as characters to fit the typical Hollywood action hero mould, which is heartening.

In addition to Drake and Sully’s essential characteristics Carnahan gave a few examples of elements of the Uncharted story he really wanted to keep, including the signet ring and Drake’s being an orphan who originally believes in his descent from Sir Francis Drake – oh, and “the insane, the big action stuff”.

Apart from that, he has made free with plot elements and characters.

“I kept some characters I like and kind of reset them within that world so there’ll be names and familiar faces and so on, but they won’t necessarily be what they were in the game, which I think is important, you have to do that, create amalgams,” he said.

Nevertheless, he expects to please other fans of Uncharted with his work.

“I can’t imagine fans of Uncharted will be unhappy, at least with the screenplay,” he said. “And I do think there’s some interesting, again, anti-Indiana Jones stuff going on, looting and pillaging these UNESCO sites and world heritage sites and also these uncharted realms.

“So there’s a lot of that stuff, and a lot of that’s kinda new and improved, for lack of a better phrase. I think people will dig it, but I can’t imagine. But I’m sure someone’ll hate my guts, but that’s okay, a lot of people hate my guts.”

If you’re having palpitations about these possible changes to the sacred Uncharted canon, please remember there was a time when it was going to star Mark Wahlberg and be a heist film about a family of criminals.

Do hit the source link above for the full context of these comments and to read some more interesting stuff about casting, the film’s intended rating and more.