The Iron Banner has returned to Destiny: Rise of Iron, and it’s better and more rewarding than ever. Don’t be afraid to jump right in; we’ll share our secrets with you.

Things have changed since the last Iron Banner. There’s no tempered buff, so you won’t earn more reputation by waiting for the final days of the event. Supremacy makes for a change of pace from Clash and Control. The bounties have been simplified so you won’t be dragging them around for months unfinished. The influx of new players mean it’s all a bit less hardcore than it was in the final days of The Taken King.

And finally, the loot is tremendous. Unless you’re already above 385 it’s very much worthwhile getting in there, as both the quest rewards and the frequent drops will help push your total Light up and up and up. 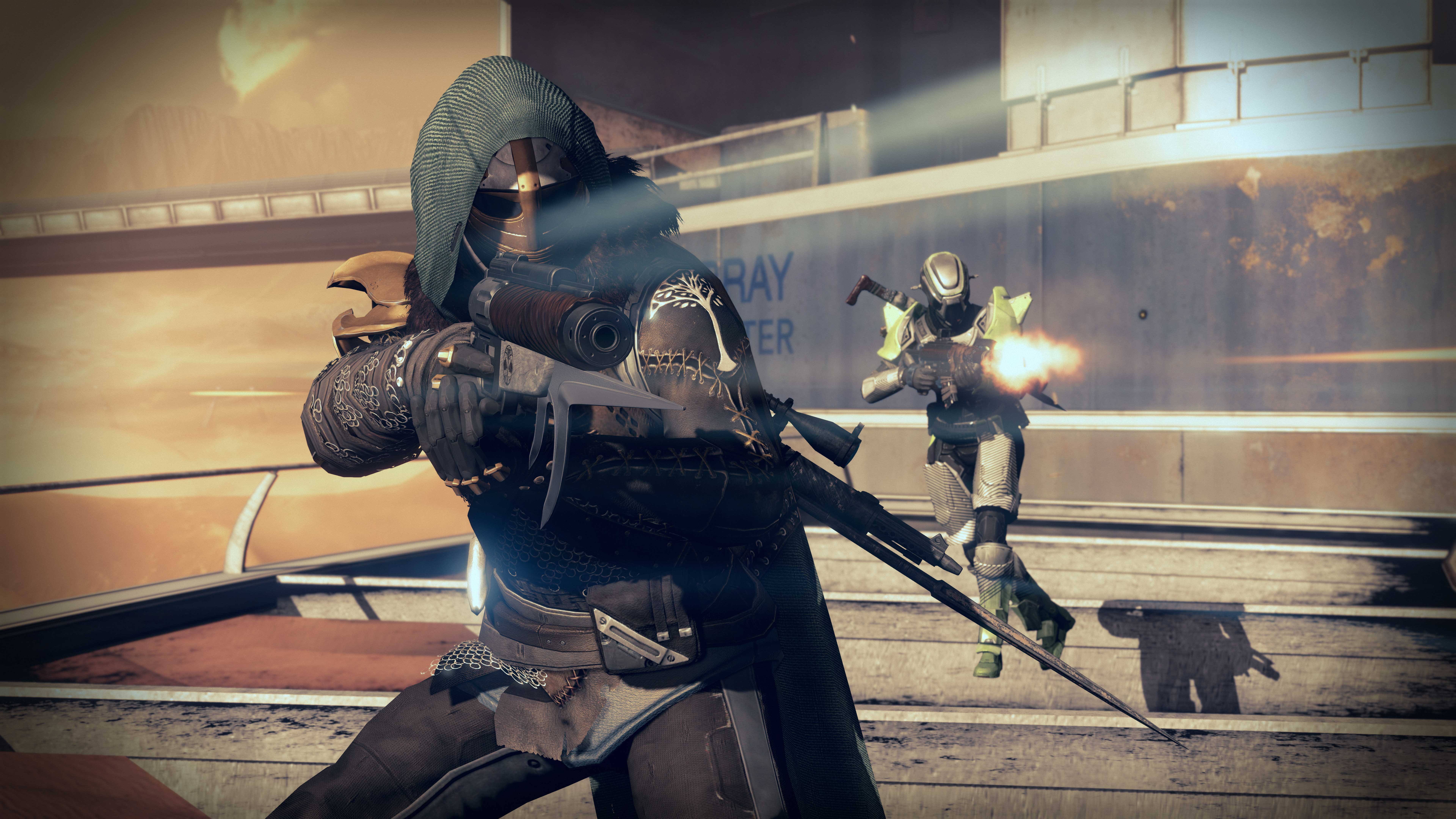 Pick up the quests and weekly bounties

If you haven’t already, stop by the Iron temple and speak with Saladin for an introduction to Efrideet. She’ll give you some quests, which reward you with loot, and offer a selection of bounties.

I know, I know – you hate Iron Banner bounties. They hang around in your inventory all week, silently judging you for failing to get the top rank in a match or whatever. Good news: Bungie has thrown all that out the window. The Iron Banner bounties are now just like “show up a few times, hey” and “I don’t know, shoot some people??” and all very achievable over the space of a few sessions, let along a week.

Efrideet is also selling this month’s Iron Banner loot if you want to infuse it up immediately rather than wait for drops, or got some rubbish rolls. Oh, and stop by Shaxx for the weekly Crucible bounty – Iron Banner matches don’t count for your Rise of Iron Record Book, but they do count for this. 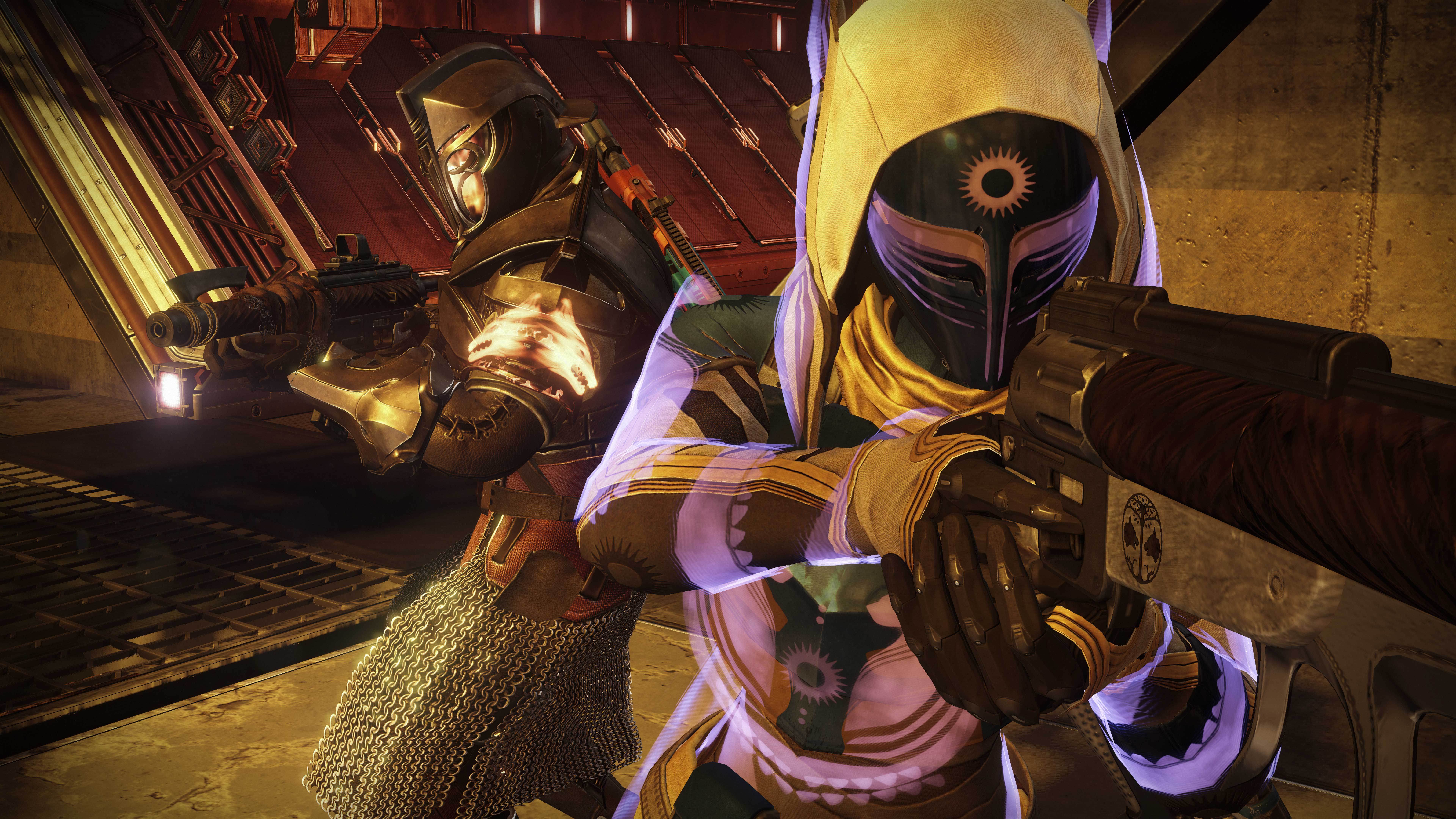 Get your Light as high as possible

Power matters in Iron Banner. If you find yourself getting one-shot all the time while your weapons seem to gently caress the enemy, check out your relative Light levels. Yep, there’s the problem: Iron Banner isn’t level adjusted like regular Crucible matches are. Also: the higher your Light, the better your drops and quest rewards.

Although hardcore PvP players will tell you your build really matters, for most of us a slightly shorter grenade cooldown or fancy perks aren’t going to be the real issue. Leave your favourite agility-boosting boots behind and wear the ones with enough Light to push you up another notch.

The only exception to this rule is your primary weapon; don’t worry about dropping a point of character Light if it means using a weapon you’re comfortable with over one you spray wildly. 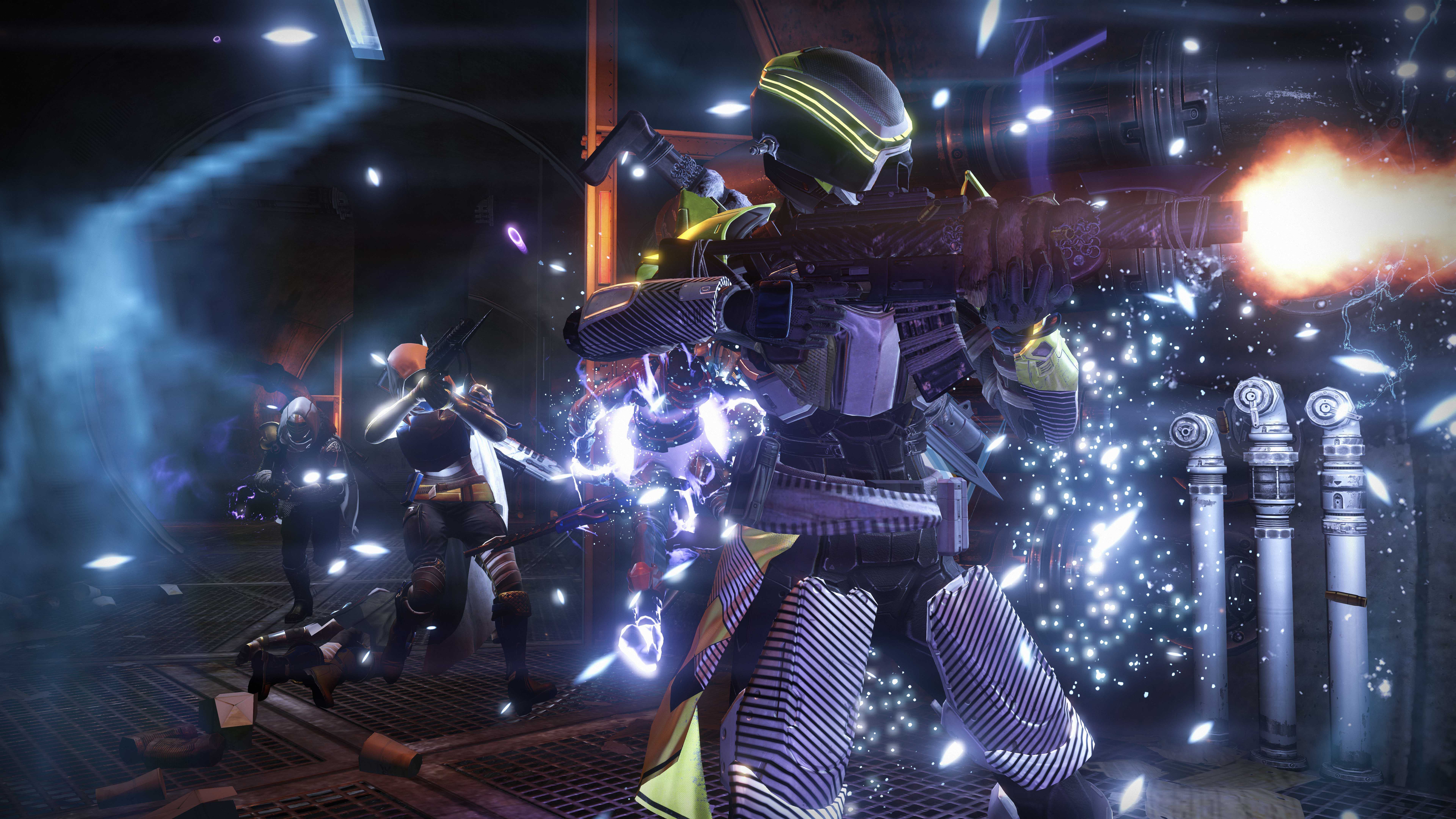 … but don’t worry if you’re not at cap

If you spend your time on hardcore Destiny forums and whatever you might have the idea that everyone is rocking 385+ gear already, but the truth is the vast majority of players are still stuck on the 350-355 grind. Iron Banner is one way to get yourself over that hump, so there are heaps of sub-cap Guardians running around hoping for drops.

You’ll usually be matchmade with players closer to your level if possible, and if your Light is 360 or above you may even find that you’re way more powerful than most of the opposing Guardians you meet. That changes as your numbers rise through loot drops, of course.

Even if you do end up in matches with much more powerful Guardians, don’t worry about it – you can still get drops and collect reputation through iron medallions if you suffer a losing streak, and if you’re really getting steamrolled the teams will be broken up. 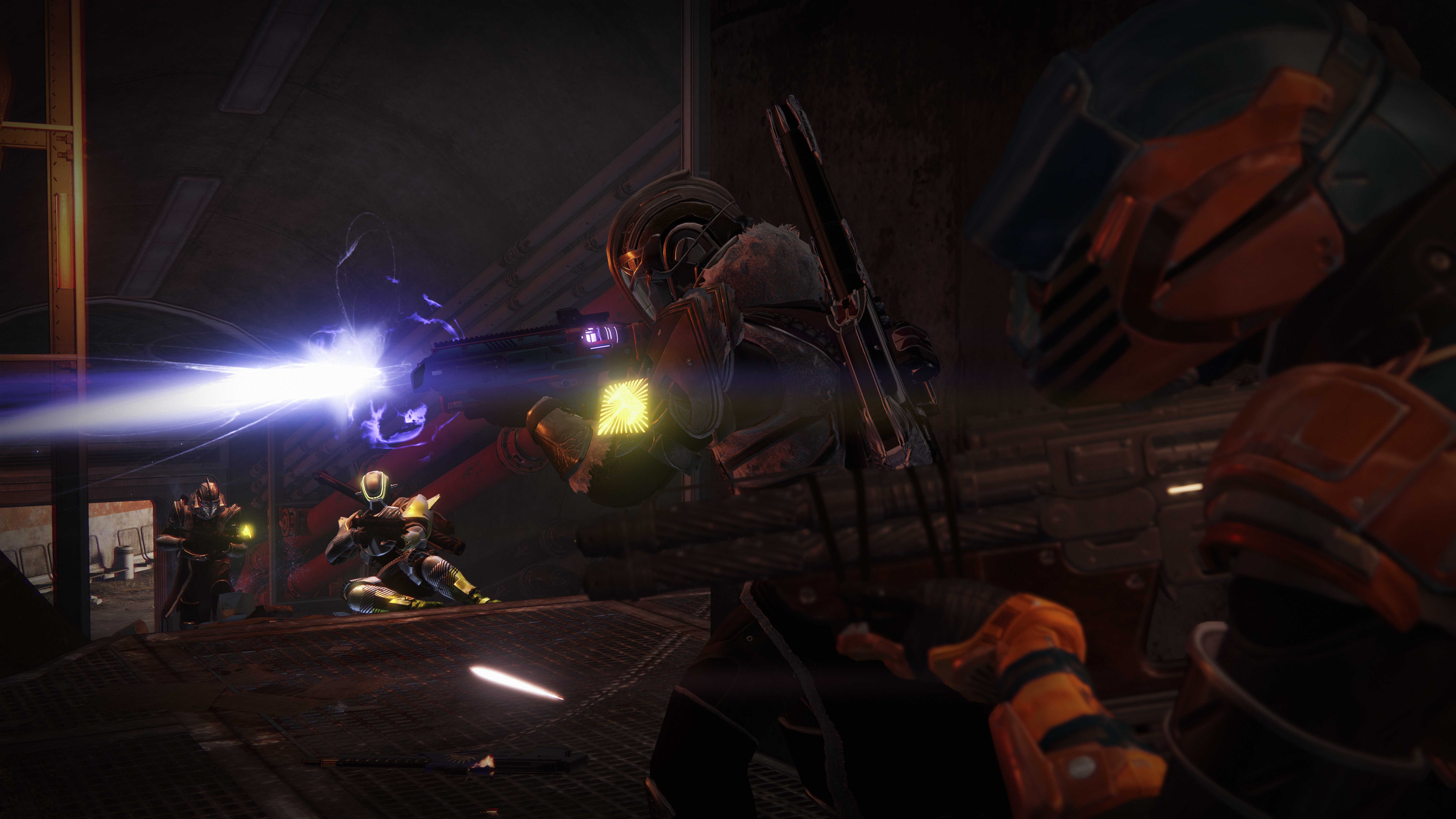 The mode this month is Supremacy, which puts snipers at a disadvantage. Really skilled players or those happy to support their team mates from the rear can still succeed, but most people are going to end up fact to face with their foes as they chase down those crests.

Pack a shotgun instead, and be sure to equip it as you slide over crests. If an enemy is rounding the corner with the same idea, you have a good chance of getting a load of lead in their face and scoring a second crest even as you’re screaming “where did they come from”.

You could also try sidearms and fusion rifles as your special, but both take a little more finesse to wield successfully. A shotgun, on the other hand, works well even when you’re in a panic. 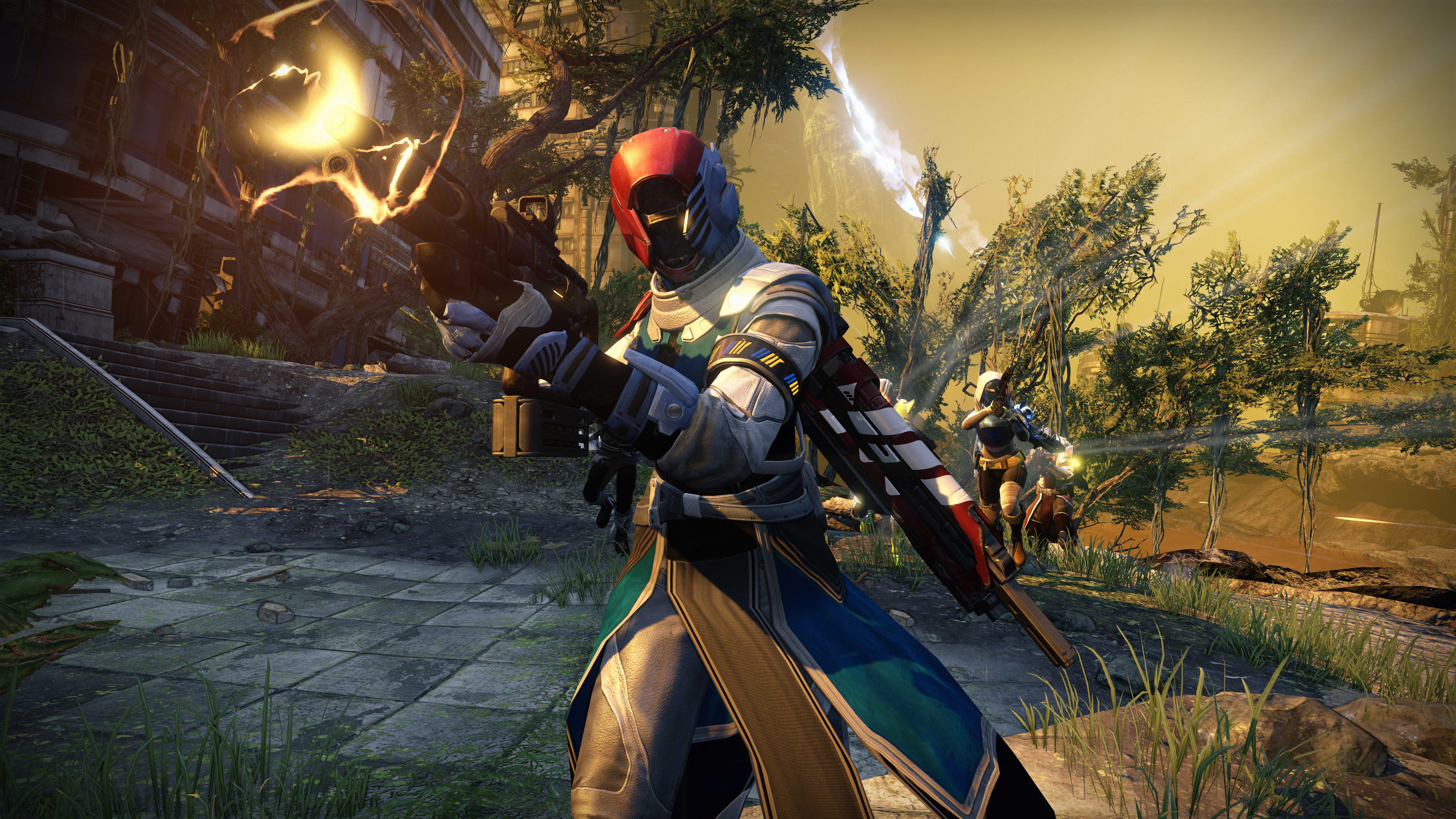 Supremacy is very much a group mode. If you go lone wolf, you’ll find yourself “exchanging” more often than not – picking off a single enemy, but dying almost immediately, giving each team the same amount of points. Working together in packs is a much better idea.

But what if you don’t have a fireteam? Easy – find the best player on your team and follow them doggedly, staying just behind them. Shoot what they shoot. You’ll get a decent amount of kills and crests this way, and your team will be that much more likely to achieve victory and the glowing praise of the effervescent Shaxx.

If you’re not sure who the good players are, look for whoever gets to hold the flag at the start of the match (it defaults to highest Light, and then prioritises by Crucible skill ranking), or those wearing Trials of Osiris (Egyptian) gear. After a few matches you should start to recognise the same names at the top of the leaderboards. 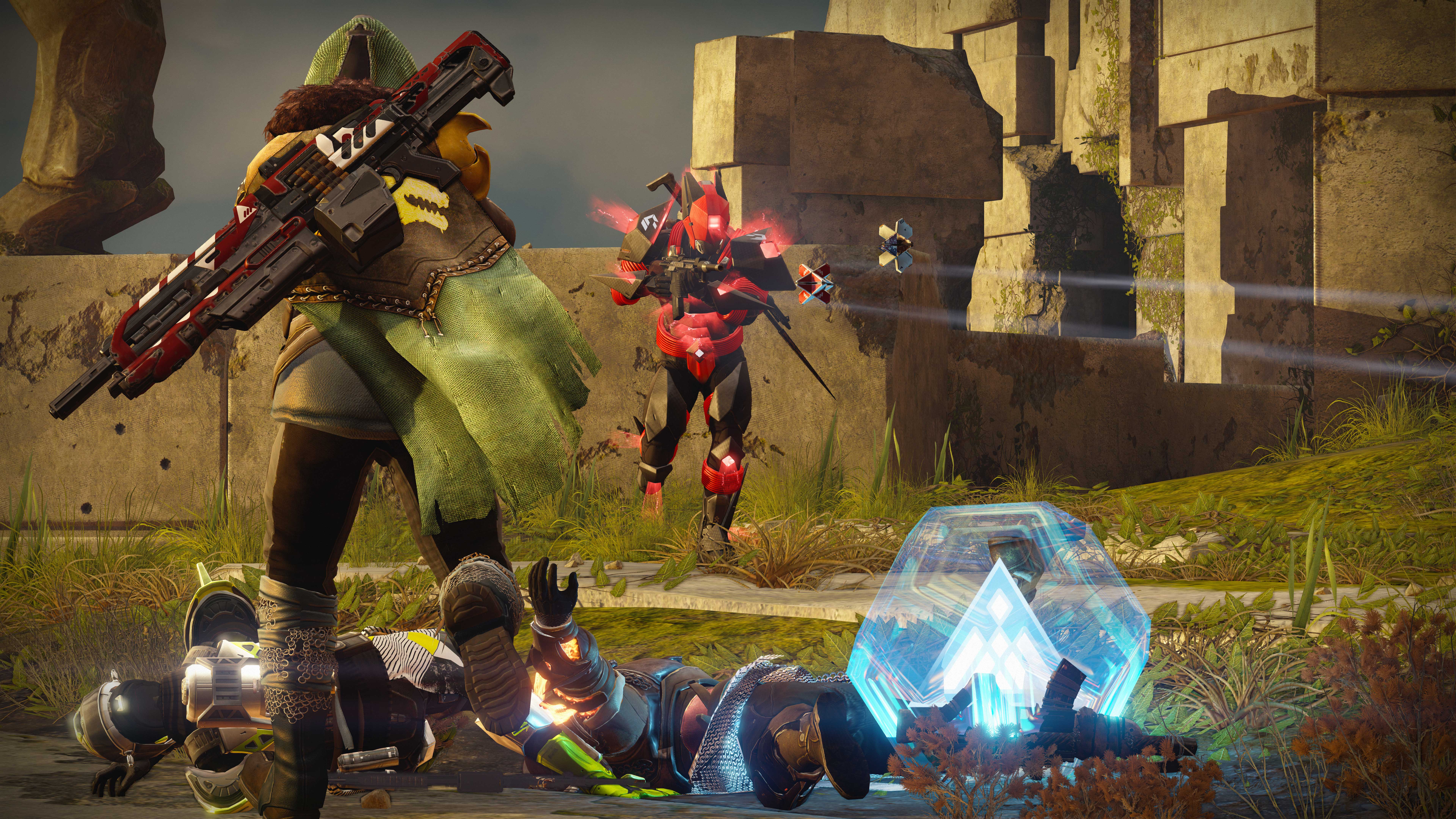 This seems pretty obvious, but it’s kind of amazing how many players don’t seem to understand it. Both red and blue crests need to be collected before the enemy can grab them. This is the only way to victory in Supremacy.

Obviously you don’t want to rush into a deathtrap for a crest, though. Take your time and be deliberate when there are enemies in the area; picking up one crest to immediately drop your own doesn’t help anybody. Two crests, though? Might be worth it – especially if you’re alone, outnumbered and about to die anyway.

There is a lag issue with Supremacy which sometimes means you can’t pick up crests. Don’t waste time and make a target of yourself waiting for it to register; give up the single point and race off to earn more before someone pops you unawares.

By the way, crests charge supers, so you’ll be seeing a lot of them from the best players. Which brings me to: 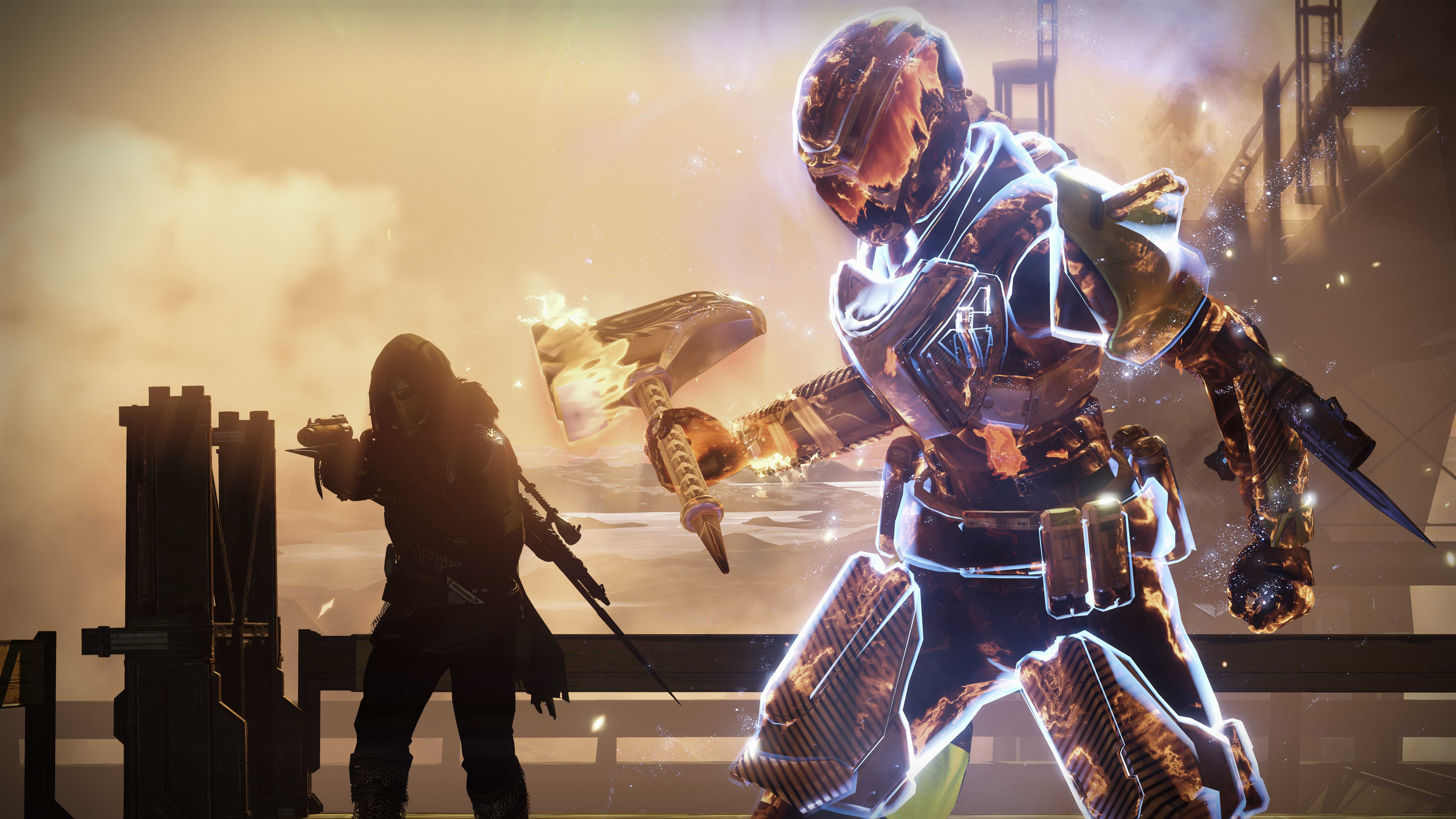 We know you’re trying to finish the Thorn bounty but put your Nightstalkers and Defenders away: what you want from your super is the ability to take down a pack of enemies at once, allowing you to collect all their crests, rather than just get one kill.

Obviously you can take down multiple Guardians with a tether or a bubble, but it’s not as reliable as breaking out Arc Blade or Stormcall. In a fireteam you might want to co-ordinate so at least one person has a good single shot super for countering enemy supers, but if you’re solo you’re better off going for numbers.

Oh, and when you do have a roaming super, don’t stop to collect your crests – just go ham and take down as many enemies as you can. It’s worth more in the long run to rack up kills and let your team mates secure your credits for you than to waste time darting back and forth. Conversely, if you see someone pop a roaming super, follow them around to collect the crests and orbs – and lend fire support. 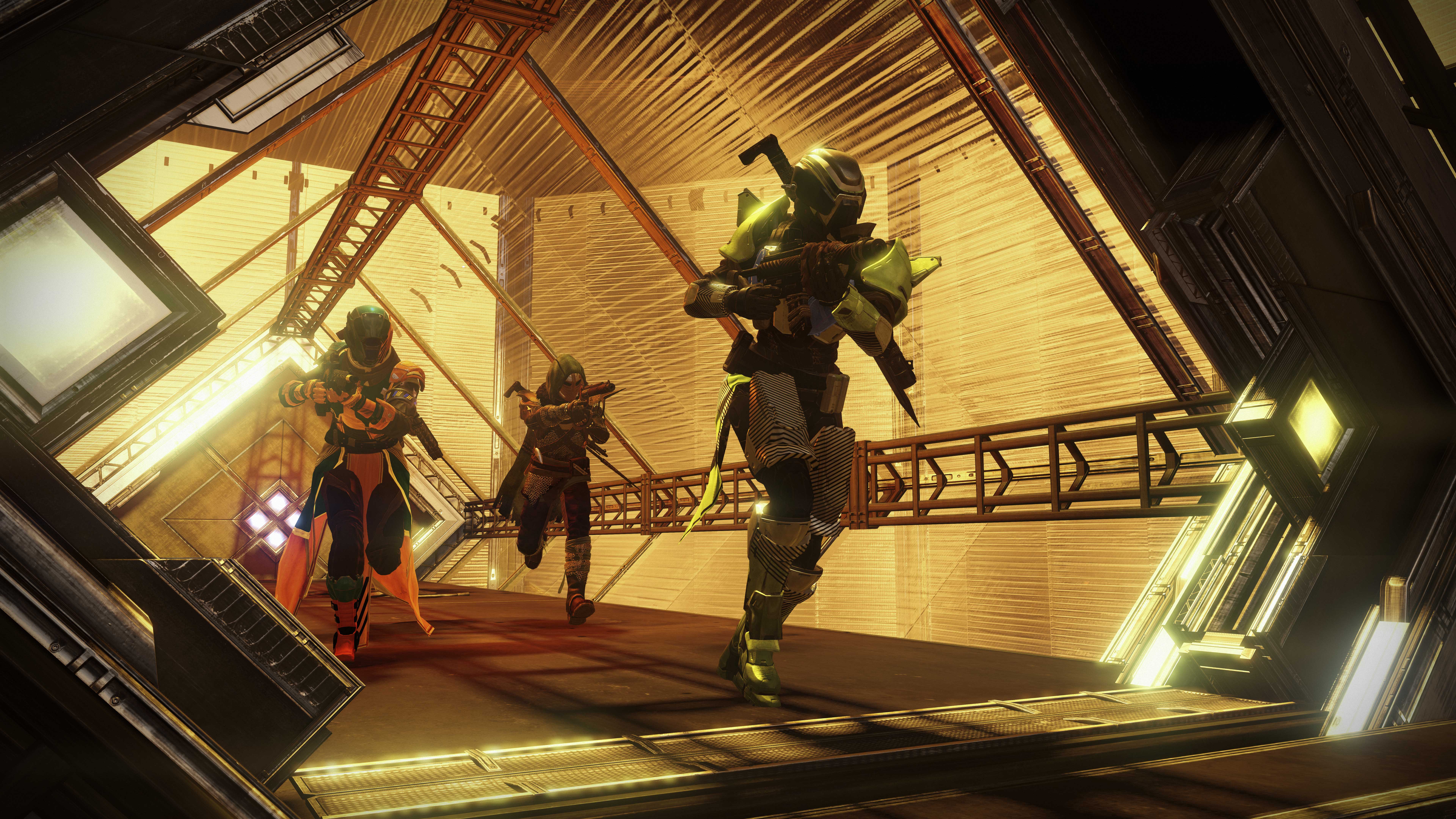 Bring in your alts for extra quest loot

If you have multiple Destiny characters, you can level them all through the Iron Banner ranks for extra guaranteed loot from Efrideet’s quests. Maybe you’re not looking for new armour for your alts right now, but infusion fodder is always welcome and the more Unbent Trees in your inventory the better, innit.

There is a reputation boost for alternate characters, so you’ll find that your second and third ascents through the ranks are faster than your first, which is very nice.

Alts too low level? No worries. Run a few strikes with your main and Vault the high-level blues over to your alts for infusion. So those 355 blue boots are no good to you; maybe your Warlock wants them as infusion fodder. Once you get into the Iron Banner with your alt you should quickly start gaining Light levels, anyway. 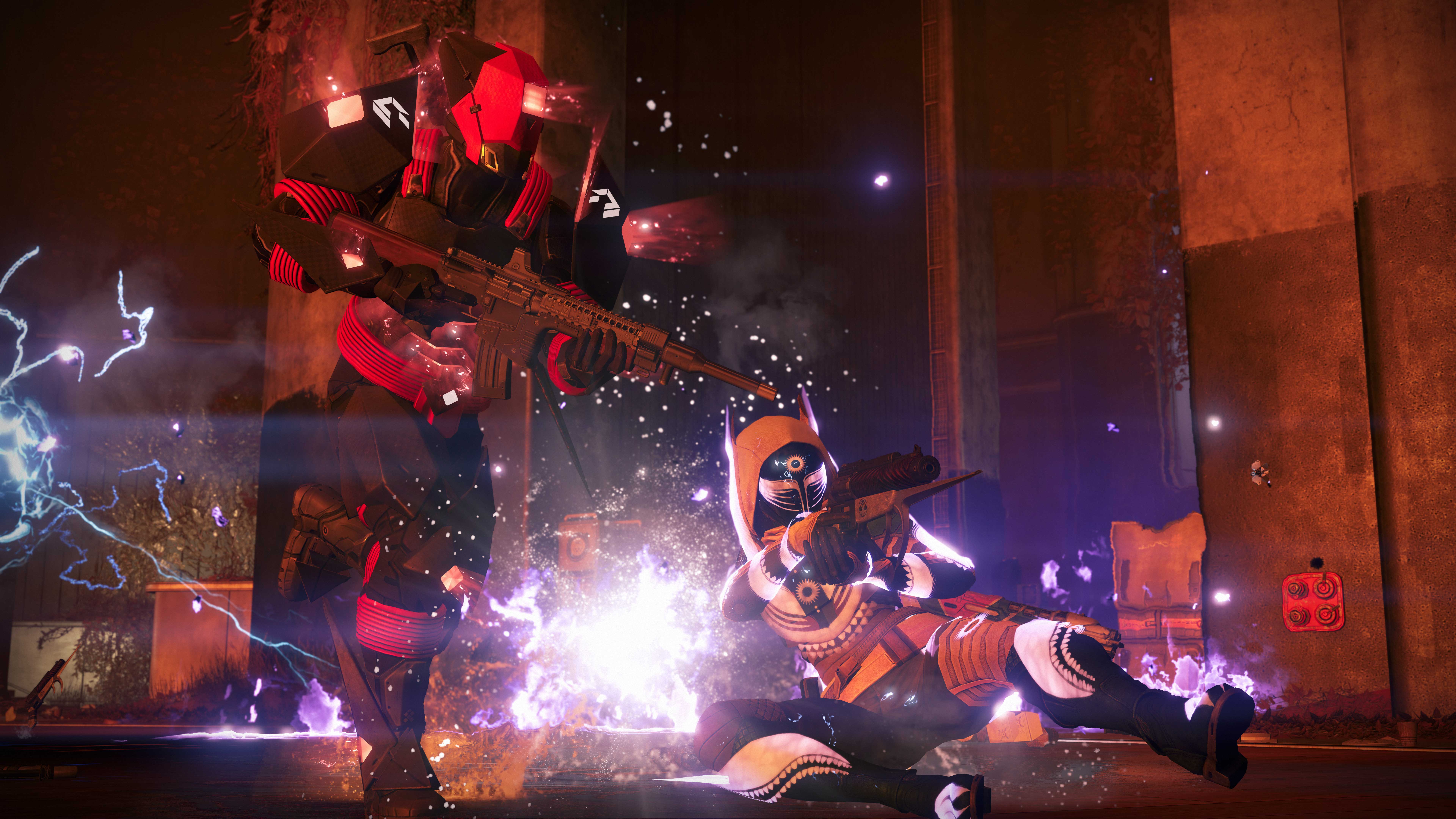 Ramp up your discipline and choose your grenade carefully: there’s a lot of fun to be had here.

You know how Destiny PvP and Supremacy in particular constantly throws up chokepoint face-offs, where teams stand on opposite sides of an opening and trade blows? Everybody knows grenades are going to be involved and rarely have difficulty dodging, but they’re less awake to what happens if you hold a grenade back until they make a dash on the crests a few seconds in. Ho! Ho! Ho! Merry Christmas!

Grenades with strong territory control are terrific for guarding crests from the enemy while you wait those precious few seconds for back up to arrive, too. I’ve totted up a bunch of double and triple down medals just by dropping a nice big damage over time grenade down and running away around a corner till everyone is dead. They can’t resist the shiny. 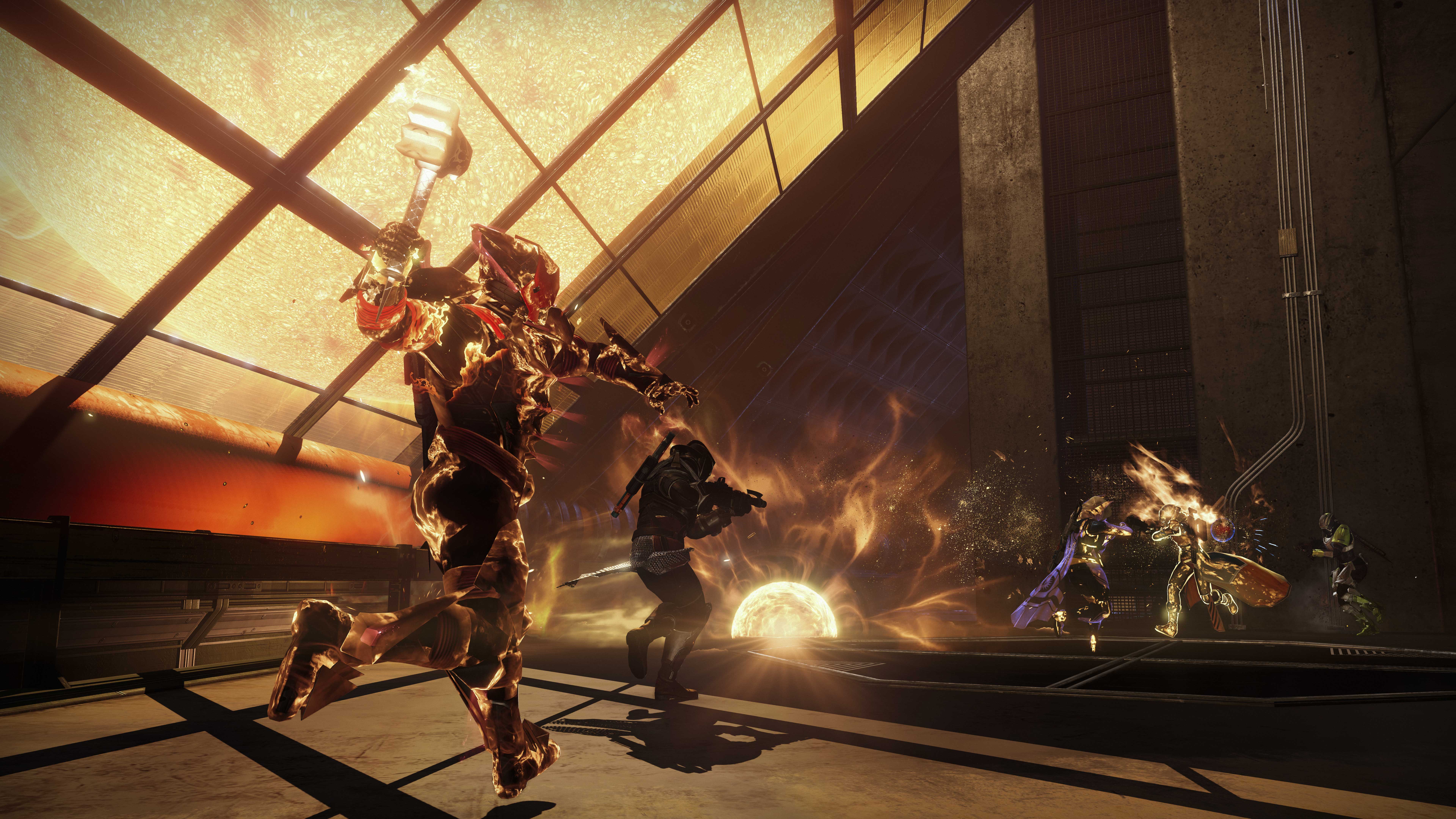 No super, all grenade builds are viable here

Now that we all (hopefully) have some interesting Iron Lord Artifacts, let’s put them to use: equip Memory of Skorri and swear off your super, so that when you’re working closely with your team – which in Supremacy is almost all the time – they’re constantly being charged up.

Fluff up your build for Discipline and Strength rather than Intellect and check your ability grid carefully to make sure you’re not wasting any of your nodes on super upgrades that could make your grenades or melee fancier. There are some amazing possibilities out there – Titans should think about Simmering Flame, Armamentarium and Thermite Grenades, which is possibly even more demoralising than Hammers of Sol.

Memory of Felwinter is also an option here; you’ll gain melee and grenade charge from crest collection, too. Grenades for days! It’s raining grenades! I never thought I’d be happy about this!