From World Levels to Weapon Talents, its hard to find a part of The Division that wasn’t changed in its latest patch. 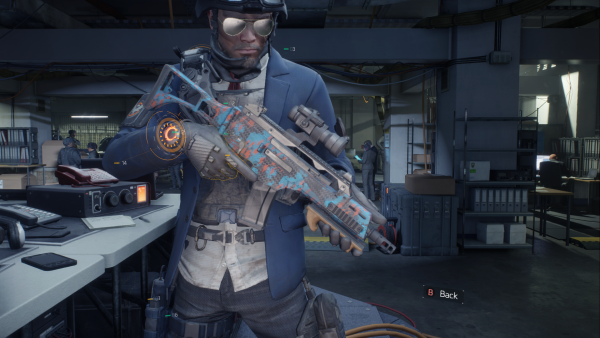 The Division’s PTS patch notes offer a glimpse of 1.4’s many changes

The highly-anticipated Division 1.4 update isn’t expected to arrive until October, but PC players can already preview its features from the public test server. If you’re not on the PC version, that’s okay – Ubisoft released the official PTS Patch Notes today. While several features could be tweaked or changed before the final version launches next month, it’s still a great glimpse into the mechanical changes Ubisoft has planned.

Perhaps the biggest addition is World Levels, which lets players control the difficulty of enemy NPCs along with the quality of loot they carry. The PTS update includes the following four World Level tiers which activate when reaching Level 30:

Players will also have the option of increasing difficulty within their World Level – say, from Normal to Challenging – to provide additional loot.

Speaking of loot, The Division’s reward system is being overhauled seemingly from top to bottom. For example, all NPCs will have a chance of dropping High-End and Gear Set items. Veteran and elite units will have higher chances of dropping such rewards, but you still could completely luck out while fighting weaker enemies. Gear Set Weighting has been removed from all activities except incursions, but you can now receive any Gear Set from any activity. Weekly and Daily assignment loot caches will now drop items scaled to your current gear score, while vendors will start selling gear score 163 to 229 items once you reach Level 30.

Of course it’s not just rewards that have changed, enemy encounters have been tweaked as well. Most noticeably, Roamer NPC groups and bosses have returned to the open world, likely surprising anyone who didn’t bother to read these patch notes. Roamers will respawn every 24 hours, so no area in the open world will be cleared permanently. Missions and activities have also been tweaked, both in terms of reward drops and environment changes. (Including the 4 Horsemen farm cover has been altered so you cannot avoid RC car explosions. Sorry.)

The Gear Stats and Skill systems have been altered as well. Skill power no longer grows linearly, but will provide diminishing returns as you level up. All skill bonuses have been removed from Gear Sets as well, replaced with additional Performance Mod slots for your Backpack, Holster, and Kneepads. The Armor has been overhauled depending on which World Level tier you’ve selected, while hard caps have been removed from most skills.

One of Ubisoft’s goals for The Division’s 1.4 update is to make gameplay more shooter focused. The patch notes seem reflect this trend as well, streamlining weapon stats into an easier-to-follow format. Some weapon mod stats have been merged, talents have been rebalanced, and damage per second calculations ignore features like magazine size and reload speed.

The full list of changes – including your standard bug fixes – are available here in case you feel like crunching the numbers on your favorite loadout. Are you hoping these changes are included in the final patch? Share your thoughts in the comments!