The launch of Rise of Iron hasn’t gone that smoothly for some Amazon customers. 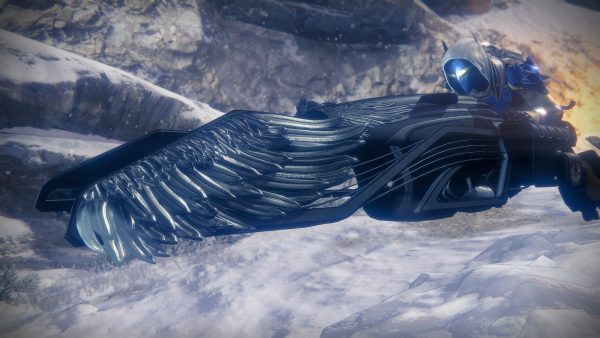 The Iron Gjallahorn and Iron Gjallarwing Sparrow were both Destiny: Rise of Iron pre-order bonues that were initially listed as “not exclusive to any retailer or platform.”

Before release, Amazon had a pre-order trailer on the site dedicated to the Iron Gjallarwing Sparrow so customers pre-ordered expecting to find the sparrow waiting for them at the Postmaster.

But it seems like a large amount of players haven’t received their sparrow and oddly enough, Amazon customer service isn’t being too clear on what exactly is going on.

Looking at the thread on reddit, a couple of people have popped up saying they’ve received the code for the Iron Gjallarwing, while a lot of people that have reached out to Amazon have been told that it was a Gamestop exclusive in the U.S.

Meanwhile, others have since received their codes via email – either after talking to customer service or in a separate email to the one containing the Gjallahorn code.

In another thread a player was told Amazon are trying to resolve the mix-up with Bungie, but right now there are lot of conflicting messages flying around and it seems that the Amazon customer service reps are split down the middle as to whether the sparrow should’ve been included in the pre-order or not.

Here in the UK, things are just as muddled with redditor nightskiesdark being told that “the offer was only for the U.S Customers and not U.K.” which sucks, but at the same time contradicts the statement that it was a Gamestop exclusive.

If you’ve pre-ordered, are you missing your Iron Gjallarwing? And have you had any joy with Amazon? Let us know in the comments.

Update 1: According to Redditors, Amazon has begun sending out Gjallarwing codes. Here’s the email Guardians have received: