Will Bungie make Year 3 better than the last? 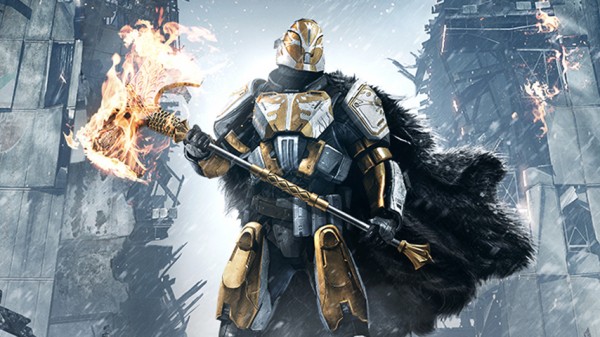 Destiny’s Ride of Iron heralds the dawn of Year 3, and after a lacklustre Year 2, I’ll bet you’re wondering what lies in store.

In an interview with Polygon, Rise of Iron director Christopher Barrett touched on where things went awry with Year 2 and how they’ll avoid making the same mistakes this time around.

“That year we were experimenting and trying something new. Now that we have that year behind us, I think we can be more confident in what we thought was successful and what wasn’t, which helps a lot,” he said. “I certainly wished there was more content in the last year. We’re going to do everything we can to get more out to the community so we have stuff to play as well. That’s always the goal.”

Barrett highlighted the importance of managing players’ expectations in relation to what they can expect with each expansion – something he admits wasn’t handled as well as it could’ve been last year.

Year 3 is going to see the return of the Sparrow Racing League which is “going to be bigger and better than before” and the Festival of the Lost which takes us to the end of 2016. When aske if we might see the the return of old raids in the future updates, Barrett replied, “It’s always consistently been in the top 10 list. Since the second raid came out: ‘Hey, we want to go back and play older raids.’ The simple answer is it’s a matter of priority.

“If we spend time bringing that stuff, that means less new stuff we can build. For this fall, in Rise of Iron, we wanted new stuff. New new new. Let’s give new places to go, new raid, stuff like that. But we certainly hear that fans would love to have a reason to go back to some of the old raids. So we’re absolutely considering it.”

And what about a PS4 Pro upgrade?

Destiny isn’t currently on the list of titles getting an update but in roundtable interview attended by GameSpot, Bungie developers were asked if we would eventually see a PS4 Pro patch for the title.

They confirmed that they’re “all done” with Rise of Iron and have “nothing to announce” but that they’ll “certainly be looking at it.”

If Destiny 2 releases in September 2017, it would be remiss not to release a PS4 Pro patch. Do you think we’ll see one before the sequel comes out? Let us know your thoughts in the comments.