There’s a scene in the first episode of Netflix’s The Witcher where Geralt of Rivia turns his palm upwards and pulls his fingers together. “Magic doesn’t work on me,” the woman he’s performing the hand gesture on responds.

If you’ve played the games or read Andrzej Sapkowski's novels, of course you will know this is supposed to be, Axii, Geralt’s version of a Jedi mind trick. If you haven’t, unlucky. In Star Wars, those mind tricks are never explicitly explained before you see them in action, but you do see a mind trick work before you see it fail - that’s how you understand the universe’s rules. The Witcher isn’t concerned with establishing its rules at all.

There are a few more examples of this, where the series jumps into concepts without properly fleshing them out, throwing out terms such as ‘the law of surprise’ without delving into what the hell it’s going on about. If you hate fantasy where made up words are fired at you like a gatling gun powered exclusively by stupid nouns, you’re probably going to struggle here.

Stranger still, there’s so much talking. Loads of it. Yet it still misses so much important context. The show doesn’t stop reminding you that Witchers apparently don’t have feelings, yet it expects you to work out some of the more complex aspects of the lore on your own. It’s fine for someone like me, who loves and has played the games. It will be fine for anyone who has read and enjoyed the books. For anyone unfamiliar with this world, I worry that it will be alienating.

You can tell straight away that Henry Cavill was heavily inspired by The Witcher 3 for his turn as Geralt. He grunts and postures, speaking like Batman after he’s chain-smoked a pack of 20. He’s a man who seems pissed off to even be alive, and he’s more at home stabbing a CGI spider with a human face than he is chatting to people. He’s basically the personification of that famous Watchmen panel where Dr. Manhattan stares into the cosmos and says he’s sick of everyone’s shit.

In episode one, we get to see why he prefers to stay out of cities and towns, away from the conflicts of man. It plays out in much the same way as a video game quest, with two sides hoping to use Geralt to further their own agendas. It all comes to a head with Geralt muttering “fuck” before murdering everyone in a violent display of his swordsmanship.

He bats an arrow out of the air with his sword, stabs a man through the face with so much force that the top of his skull slides off, decapitates people, and throws enemies back with his magical signs. The fight choreography is glorious. Not only has Cavill nailed Geralt’s grunts and mannerisms, the physicality of The White Wolf is spot on. He’s pirouettes and twirls like a ballroom dancer made entirely of knives.

Where The Witcher really shines, though, is in Yennefer’s story. She’s a disabled farmkeep whose family doesn’t want her, until she’s rescued by a sorceress and taken to a magic school. Anya Chalotra plays Yennefer brilliantly, flipping from the timid, barely concealed rage of her initial scenes to the confident, openly hostile Yennefer anyone who’s played The Witcher 3 will be familiar with. Out of the three main characters - Geralt, Yennefer, and Ciri - she has the most interesting and convincing arc, at least in the first five episodes we had access to for this review.

The show is an adaptation of The Witcher’s short stories, giving it an anthology-esque quality. Each episode takes place at a different point in time for each character, jumping backwards and forwards as it sees fit, and it’s up to you to piece it all together. Sometimes it works and sometimes it’s just confusing, since you’re never explicitly told what time frame each sequence slots into. Again, it feels like the show’s writers were writing only for existing fans, not trying to carve out a new audience of their own. It could easily be fixed by displaying a date on-screen at the start of each scene. 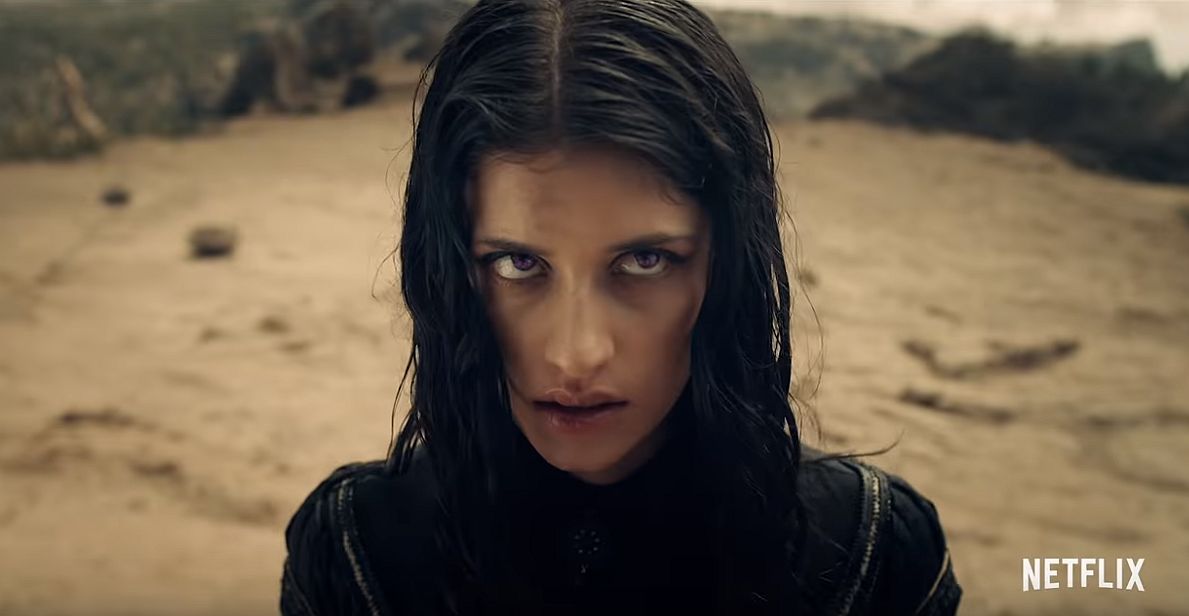 Episode 3 is where it properly finds its feet. Here Geralt is on the hunt for a Striga, a woman transformed into a terrifying monster by a curse. Underneath his jaded exterior, Geralt does actually care about people. Well, he cares about what’s right - his own moral code - so he always looks for a way to solve problems without simply murdering everyone, even if he doesn’t always manage it. This particular episode is The Witcher Netflix’s Bloody Baron moment - a self-contained quest that’s intriguing, well-acted, and heartbreaking. I hope there’s more like it in the final three episodes.

If you can get through the relatively weak first two episodes, The Witcher will definitely grab you by the third. By then you’ll be used to seeing Cavill ham it up as Geralt, you’ll have made peace with the fact it doesn’t feel quite as high budget as Game of Thrones, and you’ll hopefully have trawled some Wiki pages to figure out the things the writers didn’t bother explaining in all the endless exposition. It’s brutal, occasionally horrific, often funny, and well worth a witch… erm, watch.