When developer Vile Monarch teamed up with storied indie publisher Devolver Digital to make a management sim game based on the legally-hazy world of the budding US marijuana industry - pun definitely intended - they didn’t really know what to expect. As Devolver’s Mike Wilson points out, the game that would be christened “Weedcraft Inc” was not only the studio’s first foray into commissioning a game from the ground-up based on a concept of their own creation, but their first entry in the buttoned-up genre of business sims. For Vile Monarch’s Scott Alexander, who served as a writer on the game, a marijuana tycoon game was a no-brainer.

“The best tycoon games present you with a messy, complicated world, along with a bunch of interesting levers to pull that affect the world in various ways,” Alexander says. “When we looked at marijuana commerce in the US, especially as legalization has spread on a state-by-state basis, it looked like a giant, complicated, interesting mess, i.e. the ideal situation to build a tycoon game around.”

Despite the game’s admittedly-divisive subject matter, both men say that the teams behind the game never sought to court controversy for the sake of raising the game’s profile in today’s crowded indie climate. Rather, as Wilson puts it, that sort of headline-chasing you might get from thoughtlessly pursuing pot-smoking stereotypes or actively promoting drug use might lead to a little bit of buzz in the short-run, but the resulting push-back from the marketplaces carrying that game would kill its prospects over time.

But despite their efforts at what they deemed a thoughtful marketing campaign, Devolver and Vile Monarch were shocked to see videos and streams of Weedcraft swiftly demonetized by the powers that be at global platforms like YouTube and Facebook prior to release. While they had faced an uphill battle getting the game out into the world from the start due to its subject matter, this was the first time that they felt the full weight of the corporate behemoths that now rule the gaming world.

Before this, the team had focused their efforts on proving that Weedcraft was more than just a silly name to the legions of tycoon fans who expected a shallow take on a high-profile theme. “[Before release], we were expecting more controversy, to be honest,” Alexander says. “Reporters were typically pleasantly surprised to find we had made a game about weed that had real depth to it and wasn’t leaning on Cheech and Chong or Snoop Dogg stoner stereotypes in its presentation.” But now that both small-time and larger-than-life content creators were missing out on their hard-earned scratch due to aggressive policing from these platforms, the conversation shifted.

Though some might argue that the ensuing controversy has caused many journalists to shine a light on the game, thus boosting its sales profile, Wilson pushes back on this characterization with vigor. “The net result is definitely a negative,” he says. “The big streamers that got demonetized won’t be doing more videos for the most part, and many of the other streamers moved to Twitch, where they have much smaller audiences. Some YouTubers are afraid of losing their Google Premiere status. Given how well the streams were doing before demonetization, it’s obvious that this would have been a big game on YouTube, which is more PR than we could ever afford to pay for.” 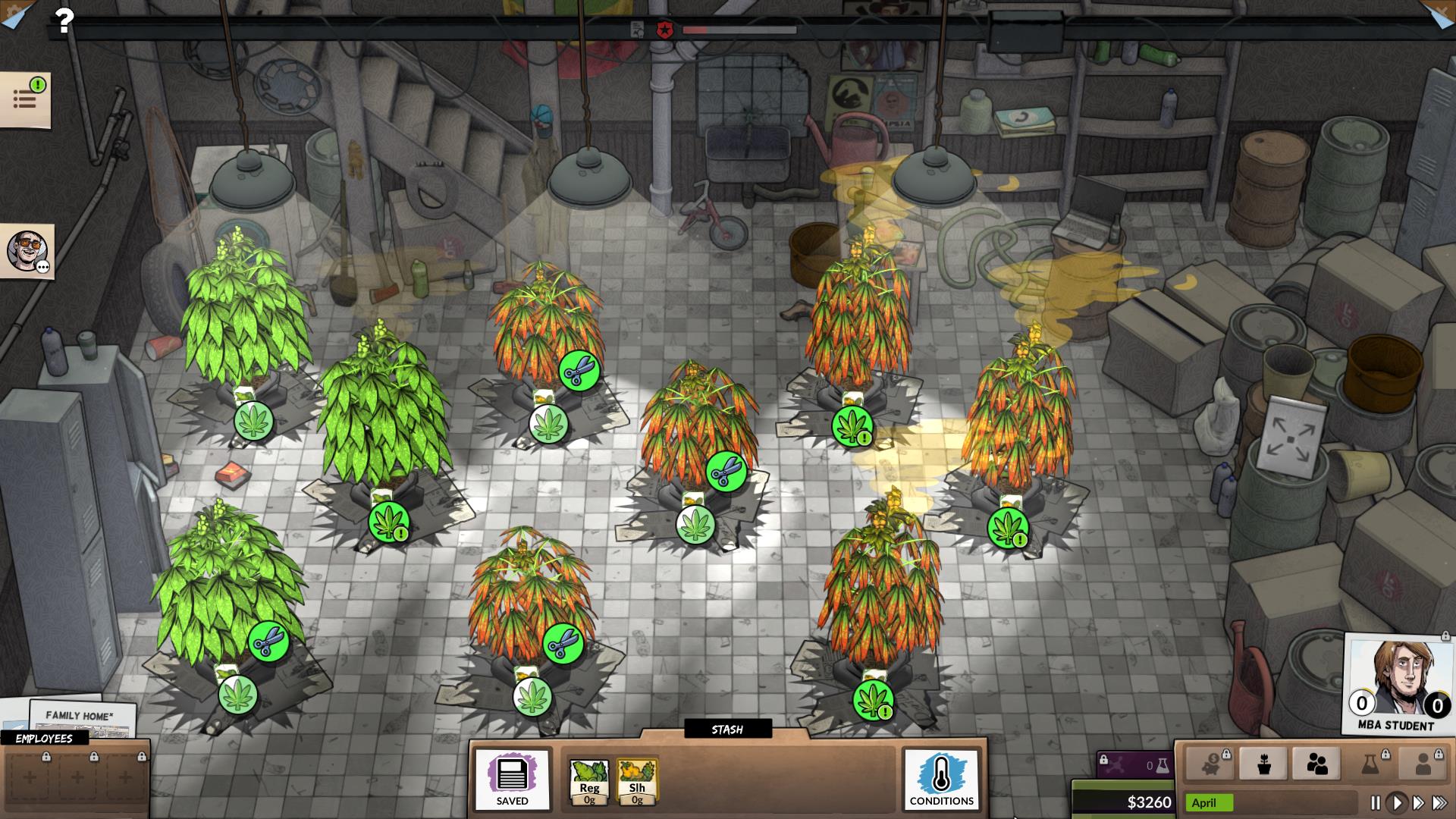 Overall, Wilson describes the effect as more baffling than upsetting: YouTube might see these videos as akin to promoting the use of illegal drugs, but he cites the “art and educational content” provision of their content policy, which he believes should allow the game to escape this sort of punitive oversight.

Given that the game attracted some form of strife from the start, people of a certain mindset might argue that both Vile Monarch and Devolver should’ve expected these corporate platforms to bite back, especially given that a massive fraction of their audience are children under the age of 13. As you might expect, both Wilson and Alexander reject this argument for a variety of reasons. While the drug remains strictly prohibited on a federal level within the US, Alexander points out that over 200 million of the country’s 330 million inhabitants live in a state that allows some form of legal marijuana, and recent public polls consistent show that two-thirds or more of the populace supports broad legalization of the popular plant.

Even putting aside this popular support, in Alexander’s mind most popular art exhibited on YouTube is not appropriate for children, including billion-dollar games like Red Dead Redemption 2 and Grand Theft Auto. “Art is not an exclusively child-oriented domain,” he says. “RDR2 and GTA are not for children, yet they are streamed with impunity. Even if we must ‘think of the children!’, we would argue that many games feature far more antisocial behavior and messaging than Weedcraft, a game about the subtle moral shadings of capitalism that offers a sort of MBA-lite education.”

Wilson largely echoes these concerns, especially when it comes to making a splash in the constant wave of high-quality indie releases crashing upon the shores of Steam every week. He cites the viral clip of bloodless billionaire Elon Musk smoking marijuana on Joe Rogan’s popular podcast as an example of what he views as YouTube’s hypocrisy on the issue. “YouTube’s own policy covers artistic and educational material, and it’s full of music videos glorifying weed... these Weedcraft videos do none of that,” he says. “And the streamers have almost all been very clear from the start that they don’t actually smoke weed or condone it. One would think if they were concerned about protecting young people, Red Dead Redemption would be a better target. But no, because money and violence are king in America.” 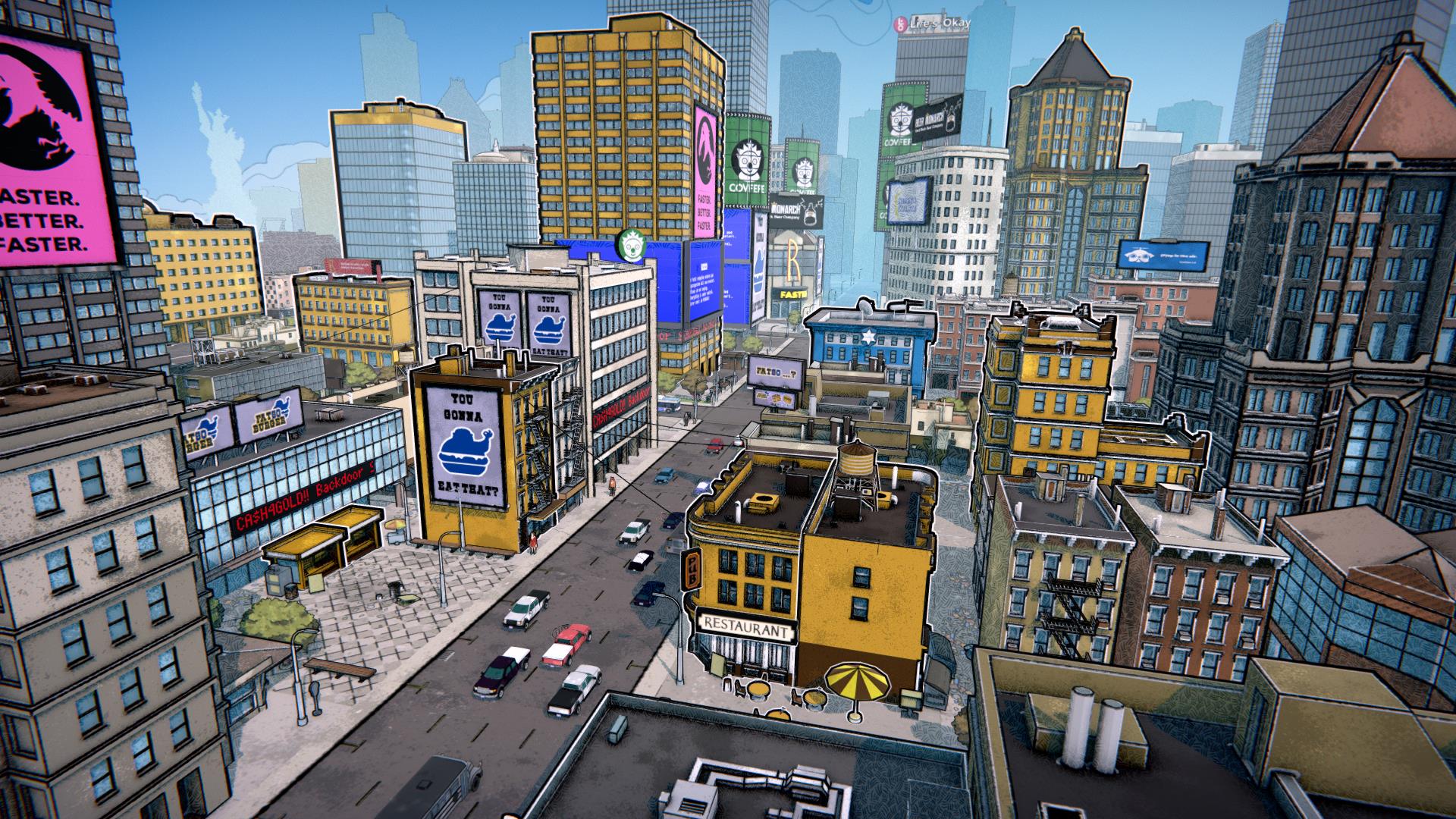 Given that the average age of a PC gamer is well over 30, and the extreme violence endemic to the medium, it seems somewhat silly that YouTube would so aggressively clamp down on this particular game, whatever their reasons. But despite the challenges, Wilson says that the game has managed to do “pretty well” commercially, and the two entities plan on supporting the game as long as people continue to play it.

Both Wilson and Alexander bullishly predict that the controversy will seem quaint in five to ten years, when the US government finally gets around to repealing the century-long prohibition on cannabis that feeds into the country’s sky-high incarceration rates and profoundly-racist school-to-prison pipeline. But until then, Wilson says that the platforms that host gaming content need to shed the traditional American discomfort with “adult content” and catch up to the industry that powers it.

“The fact that this conversation is happening makes us more determined if anything to keep reminding both gamers and the industry about the insane hypocrisy around policing anything considered "adult" other than extreme violence, which for some reason continues to be A-OK,” Wilson says. “This medium is largely for grownups, and games like this one are more like selling a documentary about the subject matter than actually selling or promoting marijuana.”