CD Projekt does not intend to make another game about Geralt of Rivia, but the world of The Witcher could return in the future.

This information comes from the Polish website Strefa Inwestorow, which interviewed CD Projekt CEO Adam Kiciński, but ResetEra member Cornbread78 was able to translate some of the information in there. Thanks to them, we have a few details about the future of CD Projekt, which is currently working on Cyberpunk 2077.

According to this post, the developer currently has no plans for a fourth Witcher game, and sees the trilogy as being complete. However, there's a recognition within the studio that fans will want to return to the world of The Witcher, in some way or another. They still own the rights to the Witcher IP, and fans and investors alike probably "won't forgive them" if they abandon that world entirely.

In September, Geralt voice actor Doug Cockle said that he knew nothing about any sort of fourth Witcher game, and that the developer was focused on Cyberpunk 2077 for now. Basically, don't expect to play as Geralt in another game, but they'll likely return to that well again at some point. 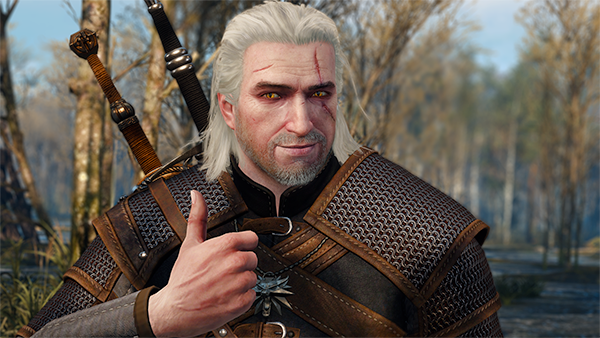 Cyberpunk 2077 and Gwent were also both discussed. Cyberpunk is meant to be 'much bigger' than Witcher 3, as we have heard before. Kiciński was also apparently very coy on whether or not the game had a multiplayer component, refusing to confirm or deny.

Back in 2015, Cyberpunk 2077 was rumoured for a late 2016 release. That, of course, didn't happen. Everything we've heard suggests that it will be very big when it eventually releases. Work has been going on this one for a while, and internally the team is (according to this interview) very happy with the game, and getting eager to share it with the world.

There's some talk of Gwent in here as well, although there's nothing too exciting beyond a reveal that the game might come to 'future systems' beyond PC, Xbox One, and PS4. Dare we wish for a Switch version?

Basically, we might get more adventures in the world of The Witcher down the track, but the team is so busy with Cyberpunk 2077 right now that they're likely to be a long time away.