The Legend of Zelda: Breath of the Wild is a hit with critics, so much so, the Switch title is now one of the best-reviewed games ever released. 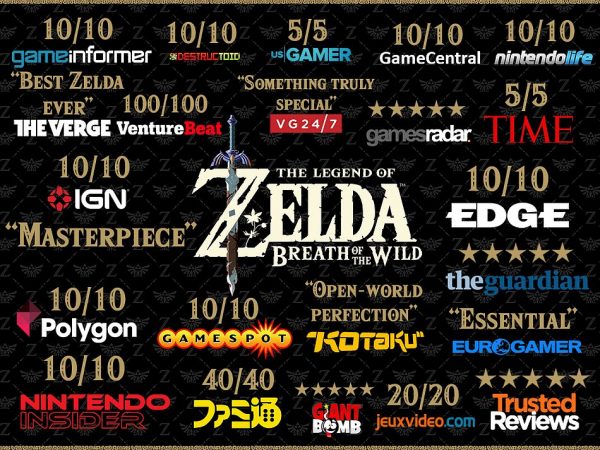 If you head over to Metacritic, you'll see The Legend of Zelda: Breath of the Wild nestled in fourth place between the PS3 version of GTA 4 and SoulCalibur on Dreamcast.

The Legend of Zelda: Ocarina of Time remains the best-reviewed game of all time on the list, with a 99 Metacritic score for the Nitendo 64 title.

We've posted the Top 10 list from the aggregation site for you below (thanks, Nintendo Life).

You can look over the entire 140 page list through the Metacritic link.

The image you see above was created by NeoGAF user Dystify who also complied a great list of reviews and scores.

If you missed Alex's review, you can give it a read through here.

Congratulations to Nintendo, Eiji Aonuma, and his team for a job well done. Personally, I'm itching to get my hands on the game, and have been for what seems like forever now.

Then again, I'm an admitted Zelda nerd, so there's that too.