A copy of The Elder Scrolls Anthology saved someone's life by taking a bullet for him. 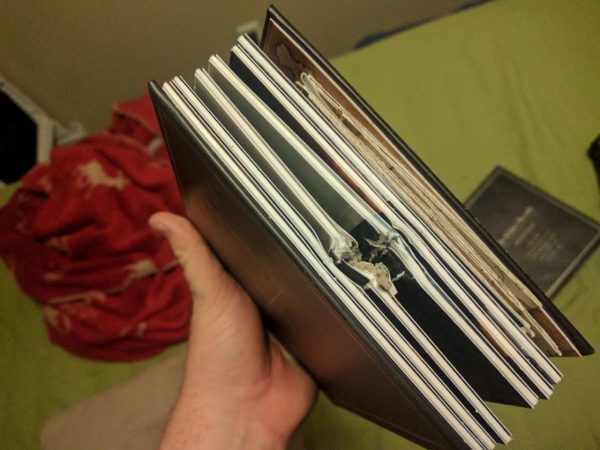 Reddit user by RabbitMix shared a story about how the case for The Elder Scrolls Anthology apparently took a stray bullet for him.

RabbitMix was sitting at his computer when he heard a loud pop. He first thought a light bulb had burst but quickly saw a cloud of drywall dust to the left of his setup, where a copy of The Elder Scrolls Anthology stood.

Lo and behold, by turning over the thick case, he found a bullet in there. The bullet ended up in the expansions for Morrowind part of the case, breaking several discs in the process. Seeing as how the bullet would have been inches away from him, the game case literally saved this life.

This stray bullet was likely fired by his neighbours, who he says must have fired it by accident. In better news, Bethesda offered to send him another copy, and he accepted.