Learn all the key details about progression and loot in The Crew 2.

In some ways, The Crew 2 is very much like many other driving games - you race cars around enclosed tracks and drive around in a big open world where you can rake up points by doing stunts, driving into oncoming traffic and so on.

But progression in The Crew 2 is completely different from your Forzas and Burnouts. You don’t just make money to buy more cars, you’re also investing time and effort into these cars to upgrade their performance using the parts you find along the way.

In that sense, The Crew 2 is an RPG (a caRPG?). Although the sequel has done a much better job of marrying RPG elements to a driving game, this is still very much a racing game where you’re going to start out with under-performing vehicles that get better with upgrades.

The Crew 2: Levels and progression 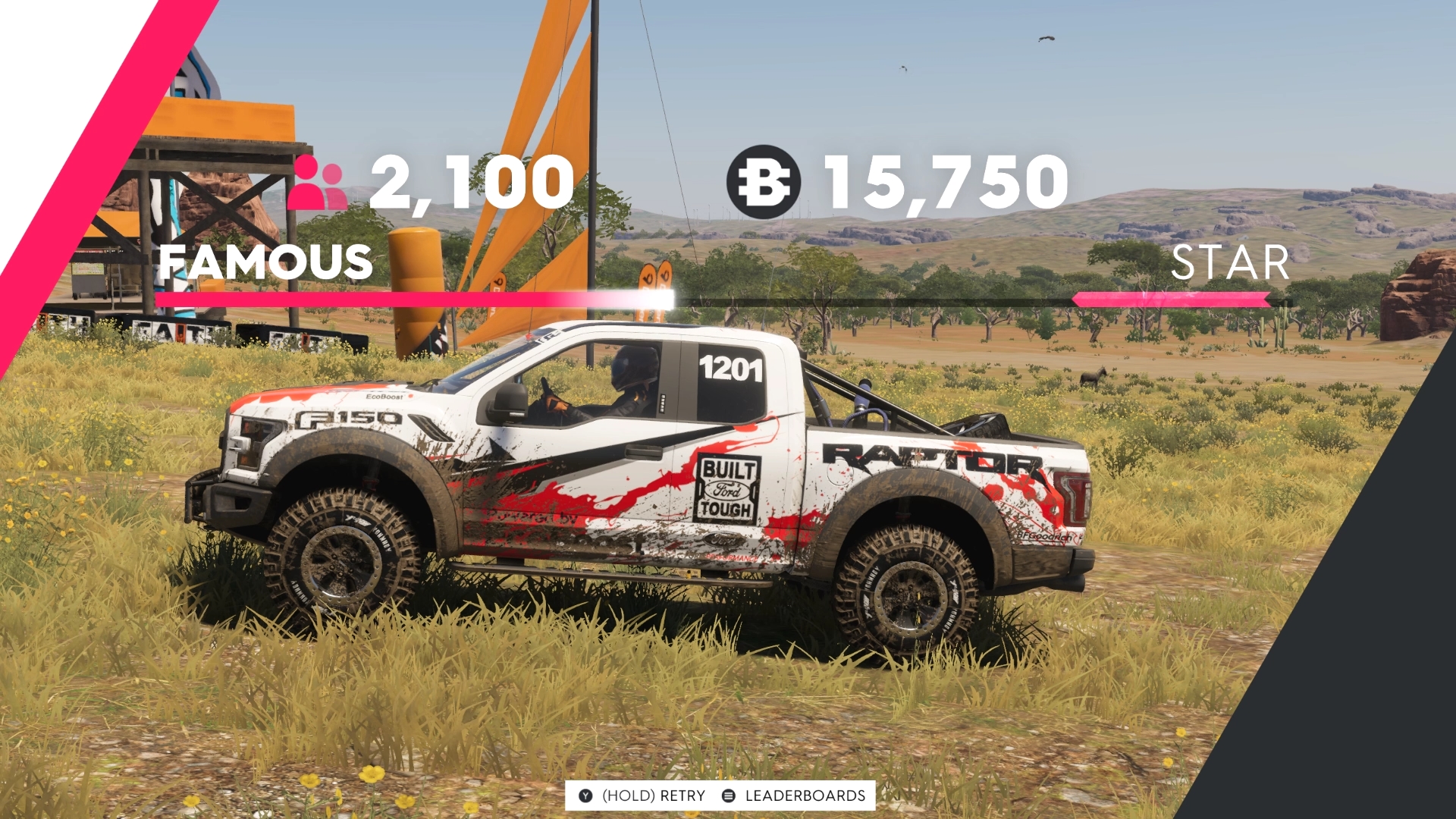 There are three progression trackers in The Crew 2. Followers, bucks, and status. You gain followers by doing pretty much anything and everything, including any random activity you get to in the open world.

Bigger rewards are reserved for races and skills. Every time you earn new followers, you increase your status. These start with Rookie, move up to Popular, Famous, Star, and finally Icon. After that, you'll continue making progress from Icon One to Icon 9999.

Every new status you gain unlocks a series of new events, a discipline, under any of the four racing families. You can easily see which discipline is locked behind which status. No activities will remain locked after reaching Icon, however.

After reaching Icon, every consecutive level earns you one Icon Point. Every ten levels, you get loot. Every 100 levels (up to 600), you'll unlock a free car (up to six). Icon Points (accessible through the Pilot tab) can be spent on permanently boosting one attribute across the entire account.

There are too many to count, but they're split into Comfort, Vehicle, and Gameplay. Each tree covers a set of attributes that you can boost ever so slightly with every Icon Point you earn. Think of them as skill points in a traditional RPG, with a much less noticeable effect.

Do note that you can always "respec" anytime by refunding your previously spent points and allocating them elsewhere.

Participating in races and skills also earns you bucks, which you use to buy new vehicles and customise your own. You'll know exactly how much money and followers you can get from any given event by clicking its icon on the world map or the activities page.

The Crew 2: Gear and upgrades 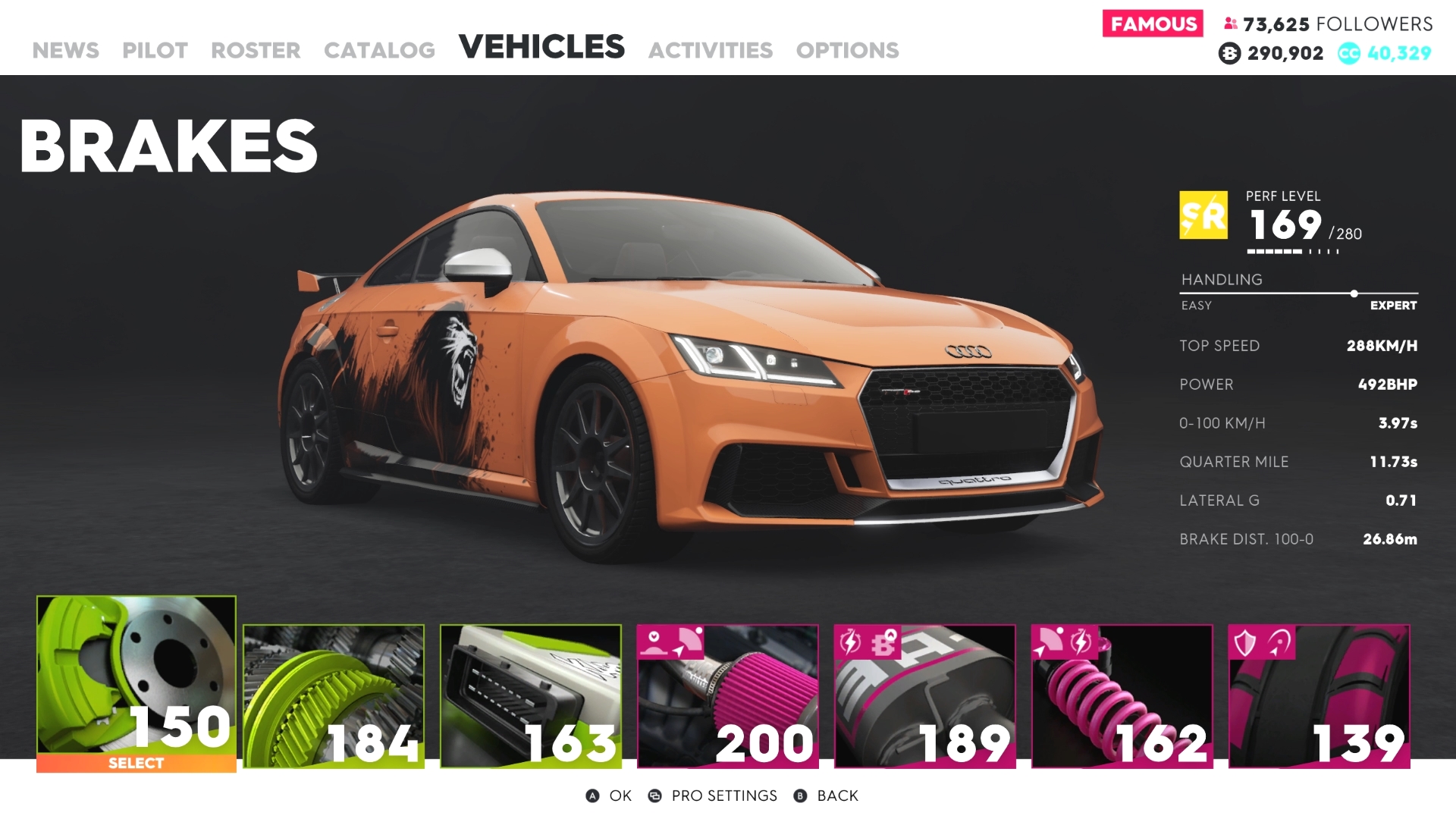 You'll notice that any time you win a race, gear parts will drop in the form of loot you can drive towards to pick up. You get parts by playing races as well as skills (bite-sized activities like speed cams etc.) found all over the open world.

At launch, gear comes in four rarities: common (grey), uncommon (green), rare (blue), and purple (epic). Ubisoft will add a fifth rarity level: legendary (gold), in a free update due in September. Each piece of gear you attach to a car increases its Performance Level up to a predetermined max, which you can see in the gear menu.

Think of Performance Level as The Division's Gear Score or Destiny's Power Level. In other words, it's an aggregate of the car's main PL as well as those of the parts you've equipped it with. A higher PL doesn't necessarily translate to a faster vehicle, just an all-around "better" one. 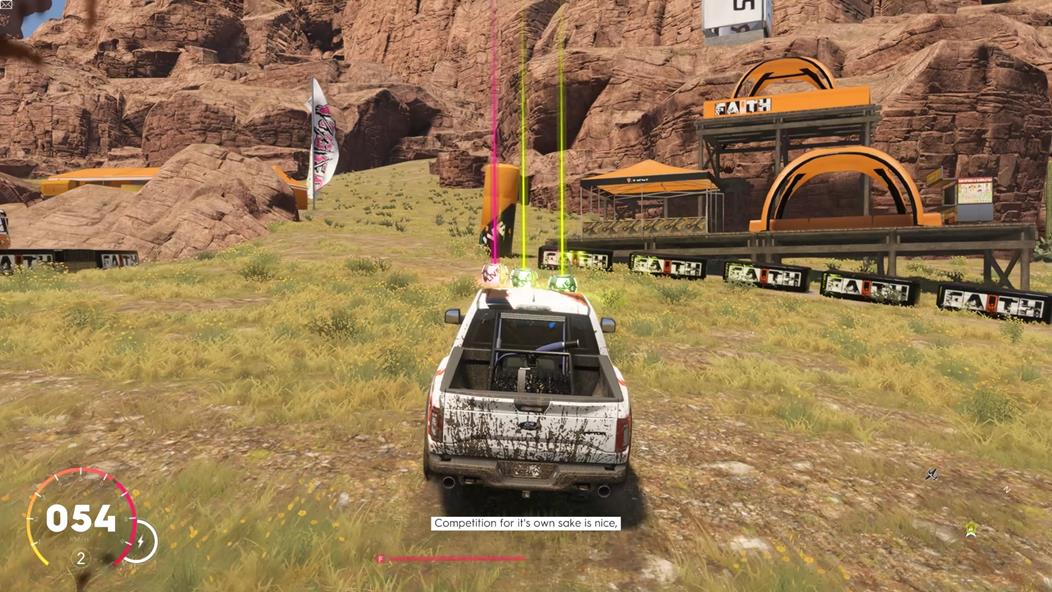 Gear drops starting from rare all the way to the top come with affixes, or perks. These bonuses can boost anything from traction in the rain to the money and followers earned by taking part in activities. Rare gear comes with a single affix, whereas epic comes with two.

These are randomised, however, so you’re always going to be chasing the perfect roll.

In some cases, a lower rarity/lower level part will have much better affixes than it does in pure stats. Picking which is right for the job is a decision you’ll have to make depending on your playstyle and whether or not you need the performance boost.

There are no loadouts in The Crew 2, but you certainly can spec your car in a certain direction. For instance, if you're grinding for bucks, make sure all parts with the bucks earn bonus perk are attached to your current vehicle.

The Crew 2: Sharing gear between vehicles 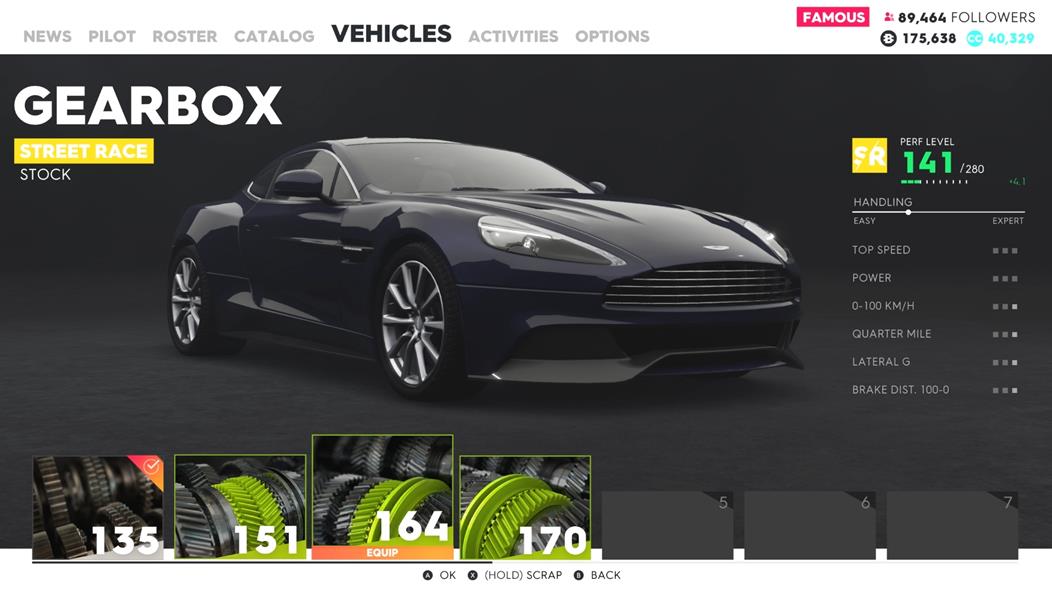 There are 14 disciplines in total in The Crew 2. Each discipline focuses on a specific type of racing. For cars, you have speed racing, drift, touring and more.

Within each discipline, any gear you unlock for one vehicle can be used with any of the others. You won't be able to use parts with a PL lower than the car's default PL, obviously, but anything above that is fair game.

You can definitely grind races for loot with your favourite car and use the awarded parts to level up some other car you own. Cars in the same discipline share the entire inventory, but parts actually equipped to one car won't show up in other cars' inventories.

Simply unequip any part to make it usable with other vehicles. There's no limit to the number of times you can equip, unequip and move parts around.

However, because you can only share parts within the same discipline, you won't be able to use your speed racing parts on your drift car, even if they're the same exact model. The Crew 2 will regularly use the same car model across more than one discipline, and they're treated as different cars.

A quick way of checking which discipline your car belongs to is through the inventory menu, available by hitting start. At the top right, you'll see a logo of the discipline the vehicle is part of. The yellow SR stands for street racing, the blue TC is touring etc. 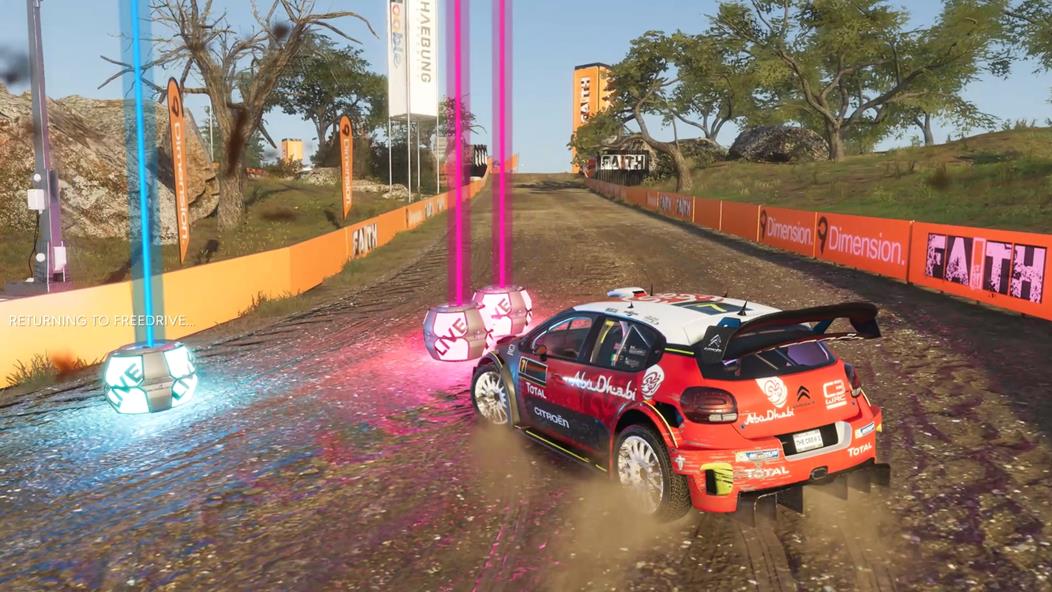 Much like in Destiny, the next piece of gear you earn will always be slightly higher than what you have in your inventory.

You don't need to necessarily have your top pieces equipped, as the game will just check the highest, say, ECU part level you have, and award you something slightly better.

These incremental upgrades is why it can be worth it to replay old events to get you over a hump.