There's no question that Super Smash Bros. Ultimate is a gargantuan project and an incredible achievement. Its continued expansion makes me lust for something else, however: a smaller scale, more detailed Nintendo cross-over fighting experience.

With yesterday's addition of SNK's Terry Bogard, Nintendo's universe-crossing party fighter is now at a ridiculous eighty playable characters, a cast that's supported by a similarly mind-boggling number of stages and music tracks. It's without a doubt one of the heavily stacked games ever made, and Nintendo, the game's development team and director Masahiro Sakurai all deserve enormous credit for creating something so ridiculous. 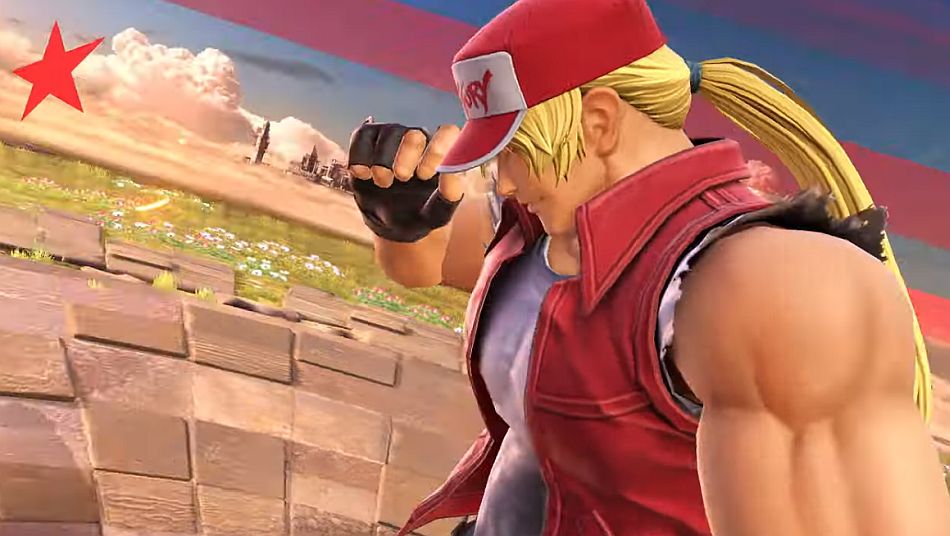 A lot of games use monikers like 'Ultimate' in their names, but the Switch entry in the Smash Bros. series is one of the few to truly earn the title. Even if you prefer the uniquely tight handling of Melee as many fans do, it's difficult to argue with the declaration that this is the ultimate Smash Bros. experience. Most incredibly, there's still more additional characters to come.

And yet... one's mind wanders. With every new addition to the Smash Bros. roster, I can't help but think of those earliest fighters in the series - especially those from Smash 64 and Melee - and wonder about how much more interesting they might be in a game with a smaller scope. While I still enjoy Ultimate, this makes me especially excited for whatever the next Smash game ends up being.

You see, the oldest fighters in the series - characters like Mario, Link, Samus and Fox McCloud - all have relatively simple move sets by comparison. They've been adjusted and tweaked in minor ways to grow with these characters' appearances in their own franchises, but each still abides by the more basic rules of Smash as defined on N64 and GameCube. With more recent characters, Sakurai and his team has saw fit to wildly experiment - and that's led to a chasmous difference between old characters and the new.

The two most recent DLC additions to Smash Ultimate demonstrate this point particularly strongly. Dragon Quest 11's hero comes with a brilliant, bizarre move set that goes to great pains to fully represent the turn-based and random-number driven nature of his home series. It's an incredibly unique move set that pushes beyond the simple standard-issue Smash boundaries of a projectile move, a recovery move, a grapple, a charge, a counter and so on.

Terry follows the same design principles, featuring unique controls and mechanics designed to more properly represent his appearances in the likes of Fatal Fury and King of Fighters. This sort of bold design is beneficial to Smash in a few ways - for one it makes every character feel more distinct, but beyond that it also helps to emphasize this series as a celebration of video games. Characters designed in this way make Smash feel not just like a character cross-over, but a mechanical mash-up as well.

It's true that this stuff doesn't always match up with the especially vocal and eager competitive Smash community - there was talk of banning the Dragon Quest hero almost immediately after his release thanks to the randomness of some of his mechanics - but Smash creator Sakurai has never been afraid to make clear that he doesn't design the game for a competitive audience, but rather for casual fun.

When held in contrast to characters like the Dragon Quest Hero or Terry, those earliest Smash participants like Pikachu, Samus and Link feel quite tamely designed. This makes sense - they were built on the N64, when the parameters of the series were barely defined. The same is true of much of the Melee cast. All of these characters look and move like in their own games, and all have their most iconic moves - but unlike some of the newer cast, they mechanically don't much evoke their home games.

The point is, much more could be done. These are iconic characters with vastly different styles of game - and it's quite exciting to imagine how different they could be if they were redesigned from the ground-up with the same sort of approach that has been taken to the newer fighters in the series. This is why a Smash Bros. reboot would likely be brilliant.

For years, Super Smash Bros. has been additive. The series has generally expanded on what came before, adding much with little to no subtraction. Ultimate is the final form of that, bringing together every character and practically every major piece of content from the last twenty years in one place. Even Sakurai has repeatedly said that this is the last time this will happen, however: next time around, Smash won't be nearly so expansive.

To me that sounds like a good thing, though. I adore Ultimate, but the more I think about its approach to design of its newer characters the more excited I become for the concept of a rebooted Smash where the most iconic twenty or thirty characters are designed with the same attention to detail and unique flair. For now I'm happy to continue to see updates to Ultimate, and it'd be great to see them hit the hundred character mark over the course of the lifetime of the Switch - but I already eagerly anticipate the next and hopefully all-new generation of Smash Bros.