One of the narrative’s strongest elements is that it doesn’t rely on iconic characters, or any major events beyond Order 66. Star Wars heroes like Obi-Wan are briefly shown or mentioned, without the usual reverence Star Wars fiction tends to bring to their appearances. There’s one exception to that towards the very end of the game, but it was unexpected, short and incredibly well-executed, but ultimately doesn't matter to the general story.

After hooking up with a former Jedi (Cere) who blocked herself off from the Force, a loveable and high-strung ship captain (Greez), and an incredibly adorable little droid (BD-1), the four go on an adventure that would see them use Greez's ship to travel to different planets chasing, well, McGuffins. With the exception of one late arrival, each of the four characters are given time to grow and evolve before the credits roll. BD-1, a droid who only speaks in bleeps and boops, is, for my money, this year’s best new character.

I have to give special attention to his voice direction - and my god, every little animation he plays – both of which build up his character as an inquisitive, brave little robot. Respawn just has a thing for creating cordial robots. I will forever cherish this journey just as I do with Titanfall 2’s BT-7274.

The general setup of visiting the remnants of an ancient civilisation to obtain items or power intended to deal with a modern problem, only to find said civilisation had issues of its own, is familiar and ends up having little bearing on the narrative. The main force propelling me forward wasn't so much the need to get the things, as it was to spend more time with these incredibly well-realised characters and visit alien planets.

In your adventures, you’ll be mainly be attacked by three enemy factions. The wildlife: the most frustrating to fight because they’re often in groups, and have harder-to-read attacks. Then there are Stormtroopers, many of whom die in a single strike, though others more equipped to fight in melee will pose a bigger challenge. Neither of these are as demanding as the Purge Troopers, however - units specifically trained to hunt Jedi. 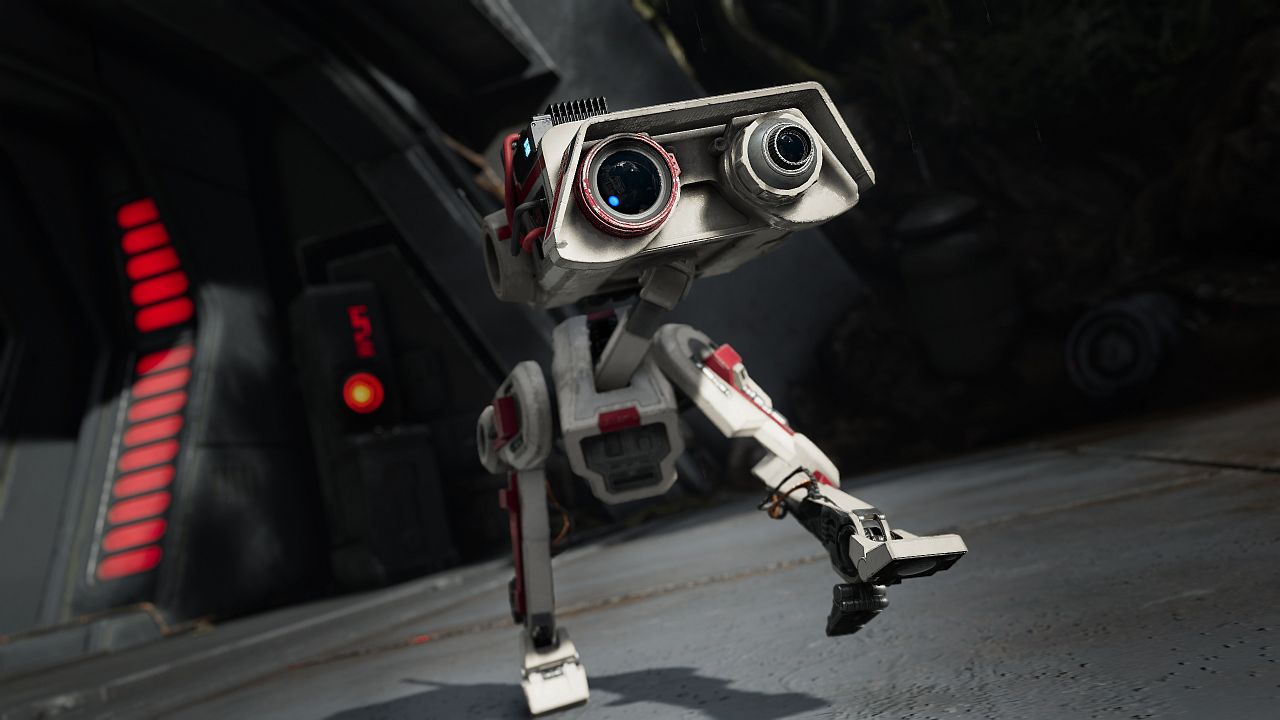 You and your enemies all have a block meter, which drains the more hits are blocked. After it depletes, you'll need to disengage until it recharges, or go on the offensive. It’s a simple enough setup that also allows for quick-stepping and full-on rolling, leaving you many avenues to escape danger. Where it falters is the execution.

Which brings us back around to execution. The different shortcomings in traversal that lead to perfectly safe jumps failing for no good reason, the limited field of view when sliding that causes you to misjudge leaps, and the aforementioned combat could all – at the game’s worst moments – lead to frustration. Respawn clearly needed more time to brush off some of those edges, and it may get there eventually - but right now, lack of polish is holding Fallen Order back. These imperfections weren’t enough to knock down my enjoyment, and I’ve certainly ran into far fewer technical issues compared to players on consoles, but they will for many. But Fallen Order is a confident, focused game whose individual pieces try, even if they don’t always win.

And yes, it doesn't always get there in this one, but damn If I can’t help but respect the effort. Fallen Order is a game whose worst moments are serviceable, and best moments are memorable. It’s worth experiencing by Star Wars fans hungry for an original story that doesn’t settle for trite, and action game players looking for a decent - albeit flawed – combat.