The next round of testing for patch 1.0 of PlayerUnknown's Battlegrounds will bring us the desert map, playable for the first time.

Although the new PUBG map has been in the news for months, this upcoming test round will feature a publicly playable build of the map. The desert map not only brings a new environment with a completely different layout to the game, it'll also come with weapons not found in the current map.

We've had a look at the sawed-off shotgun before, and thanks to a new tweet from the game's official account, we know that there's going to be at least one new vehicle available only in the desert map.

The first official look at the pickup truck was shared earlier, but we've actually known about it for a while, thanks to datamining of the 1.0 test patch. Now that it's been confirmed for the desert map, it makes more sense. 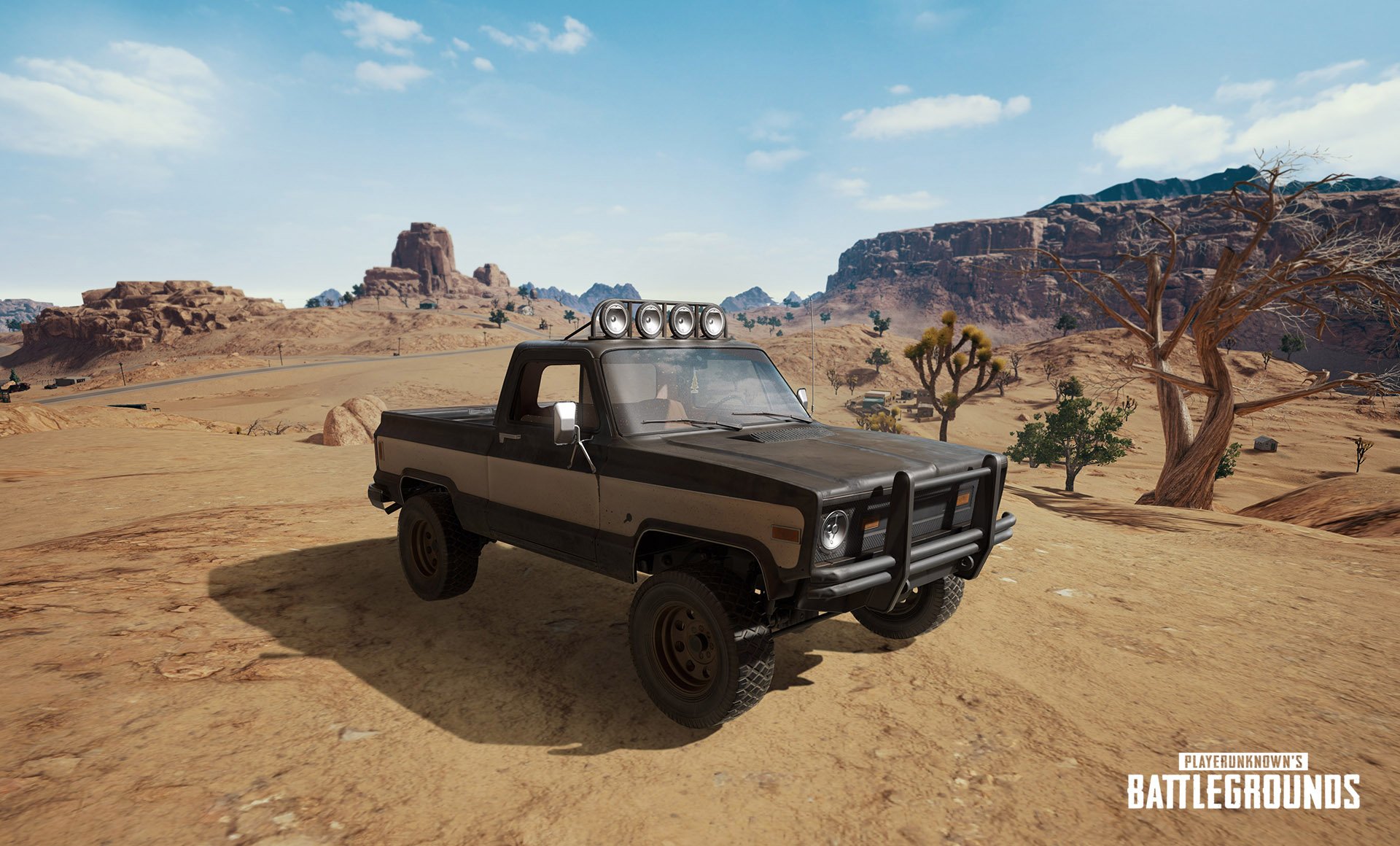 It's not clear if the truck has room for more than two players, though it would be cool if two others can jump in the back. They're going to be exposed, but it could be fun nonetheless.

The next test patch, the one with the desert map, does not yet have a release date. We do know, though, that this Thursday's Game Awards show will feature the first ever gameplay footage of the map.