No Man's Sky Visions update drops tomorrow and you can peruse the patch notes in advance.

Visions update 1.75 is going to make the universe a heck of a lot more varied and diverse, with new biomes, animals, hazardous plants - like carnivorous trap plants and bloated gas flora - and "sentient materials," described as "strange alien rock creatures who will attempt to flee the heat of a mining laser."

Players can look forward to new shades of sky and grass, and new types of water, while "atmospherics and skies have been improved," and - most fun of all - stormy weather conditions will occasionally result in rainbows.

As well as new archeology, like ancient bones, exotic artifacts have been added to planets and can be taken back to your base and displayed as trophies. 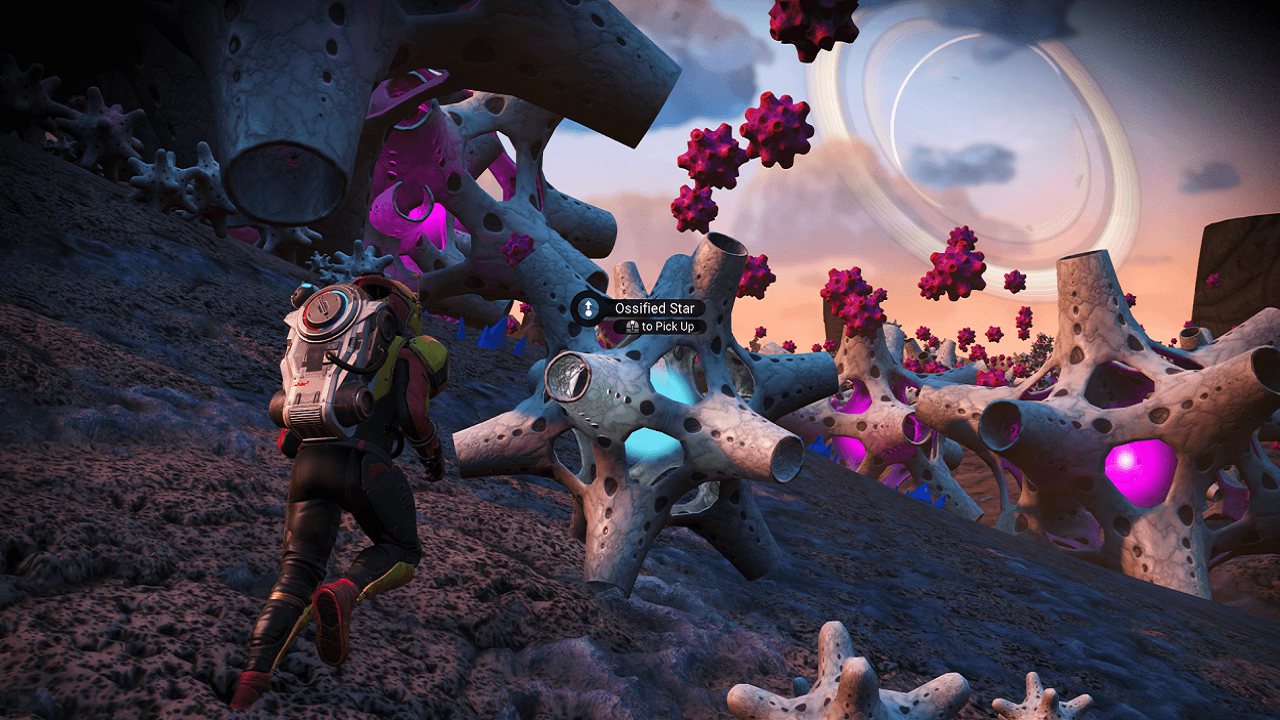 For those looking to make some money, venturing into storms on hazardous planets to find the new storm crystals looks like it'll be worth your time, as they can be "traded for a small fortune."

The last of the new features includes procedurally generated crashed freighters, and a new Community Research mission with shared progress, that will unlock the new Eye of the Korvax helmet, new emotes, building parts, and fireworks.

You can check out the patch notes below: