It was my fondness for role-playing games that led me to BioWare’s Dragon Age: Origins back in 2009. This was where, at a young age, I discovered that loving Leliana as much as I did wasn’t exactly heterosexual.

In fact, there wasn’t anything remotely heterosexual about Leliana inviting me to her tent and me spamming the ‘X’ button to accept her advances. Weird, huh?

Coming to terms with my own sexuality at a young age wasn’t easy. This is why BioWare games resonated with me so much - I felt I could freely express myself and relate to the characters. I played other games, of course, but there was a pull of home and safety in BioWare’s works that I couldn’t find anywhere else.

That was until 2017 when I finally discovered Queerly Represent Me and it opened up my horizons. QRM was founded back in 2016 by Alayna M Cole. It's a substantial database that lists games that feature LGBT characters, as well as being a place where one can access guides and articles written by staff to help developers write respectful LGBT stories. Essentially, the QRM database is a powerful tool that can help LGBT gamers of all ages find that same special game or series that Dragon Age was for me. 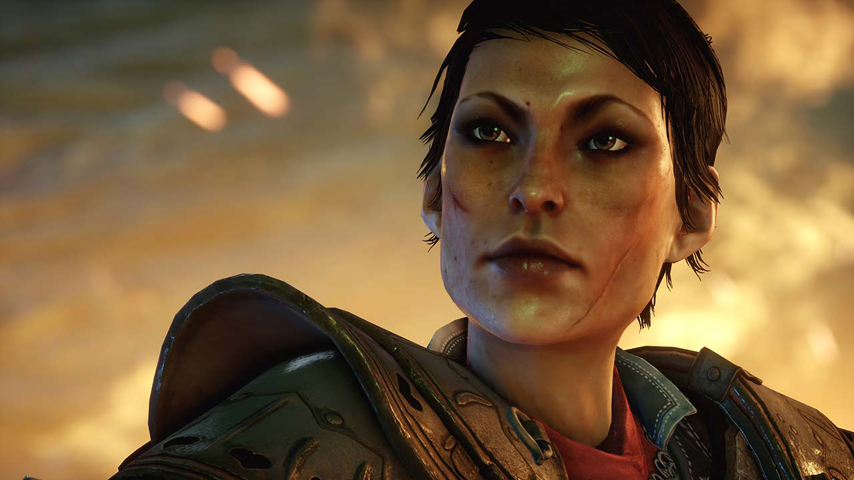 While sites such as TV Tropes and Wikipedia present some examples of LGBT representation, QRM fills in the gaps by offering a much broader selection of lesser-known indies, as well as older titles.

You can even narrow down your search to something specific using a range of filters. With QRM’s visual and statistical databases, users are able to pick the representation type (lesbian, pansexual, poly, nonbinary, bisexual, etc) and the representation location (protagonist, NPC, etc). You can also pick whether you’ll find the representation in a triple-A game, or not. It’s a completely free, non-profit site, making it an invaluable resource for the LGBT community.

The utter relief, mixed with an exuberant joy of finding material that you can relate to, share, and talk about with other people like you cannot be described as anything but wonderful. “On a personal level, putting together games that are connected through their representation of identity helps people find games that they can see parts of themselves in, and that they otherwise may never have found,” site founder Cole explains.

LGBT game databases can open up your perspective on gaming in general. Before I came across QRM, I’d never played a visual novel. I didn’t see the appeal, and I had no idea how I could relate or even like a character in an interactive experience that’s essentially endlessly reading. After all, younger Aimee thought reading was for chumps. And she was not a chump. But now? I’d take a one-hour visual novel over a huge 90 hour open-world adventure any day and would wrestle you to the ground if you dared to speak shit about visual novels. If I didn’t experience this genre it would have severely minimised what games I could see myself in. 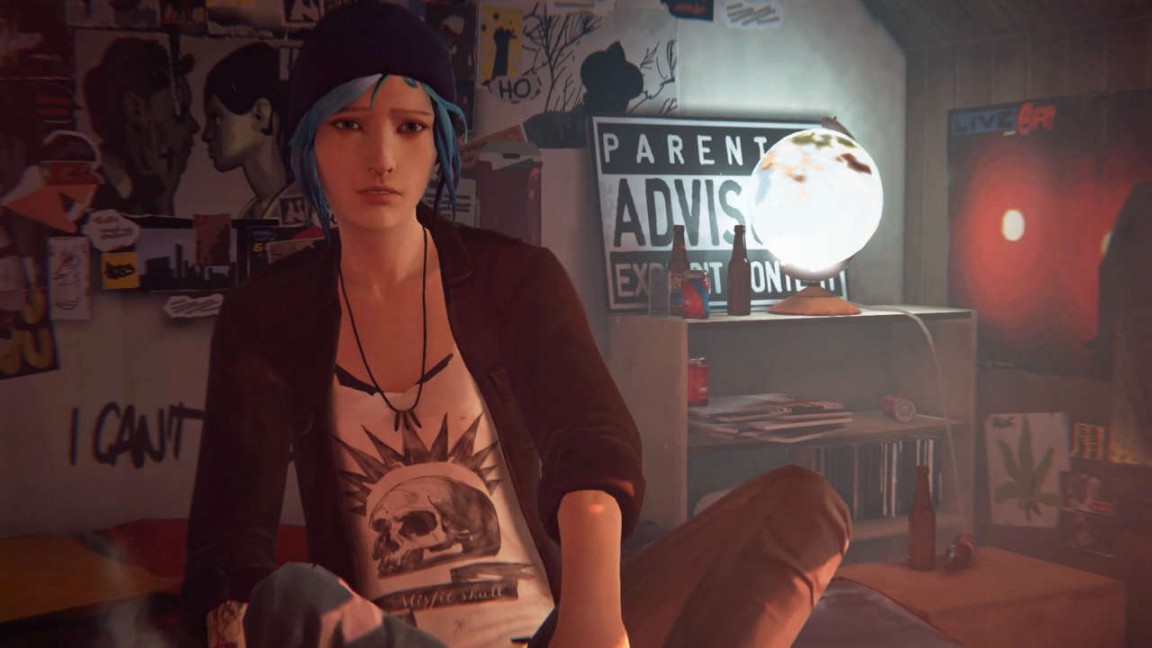 But it goes beyond a change of perspective. LGBT databases such as QRM help with exposing LGBT identities and media in history. As Cole observes, they also help “current and future researchers engage with games that might otherwise be lost to time.” Did you know that Dungeons and Dragons’ first implied gay couple was back in 2001 during the sequel of the adventure, Temple of Elemental Evil? Or that in the Japanese version of Paper Mario, Vivian is described as transgender, though unfortunately in a rather transphobic way? Similarly, I bet you didn’t know that in a Teenage Mutant Ninja Turtles tabletop game from 1985, characters can ‘turn gay’ after a traumatic event. Again, while not the best representation, it presents a raw history - the good, bad, and ugly - of queer representation in games. It also shows how far we’ve come.

Of course, representation can only go so far. Sustenance is what people from LGBT communities truly seek. After all, it’s great to see LGBT characters, but their lives and how they are portrayed are also significant.

“[Countless] times I've heard, ‘Check out this thing! It has so-and-so representation! It's great!’ and then heard someone else go, ‘Yeah, but it's only a background character’, or ‘It's only subtext’, or ‘They get killed off halfway’,” Studio Élan PR manager Adri "Cybershoujo" Kloskowski explains. “Some people will eat up subtext, but some people just won't be impressed.” 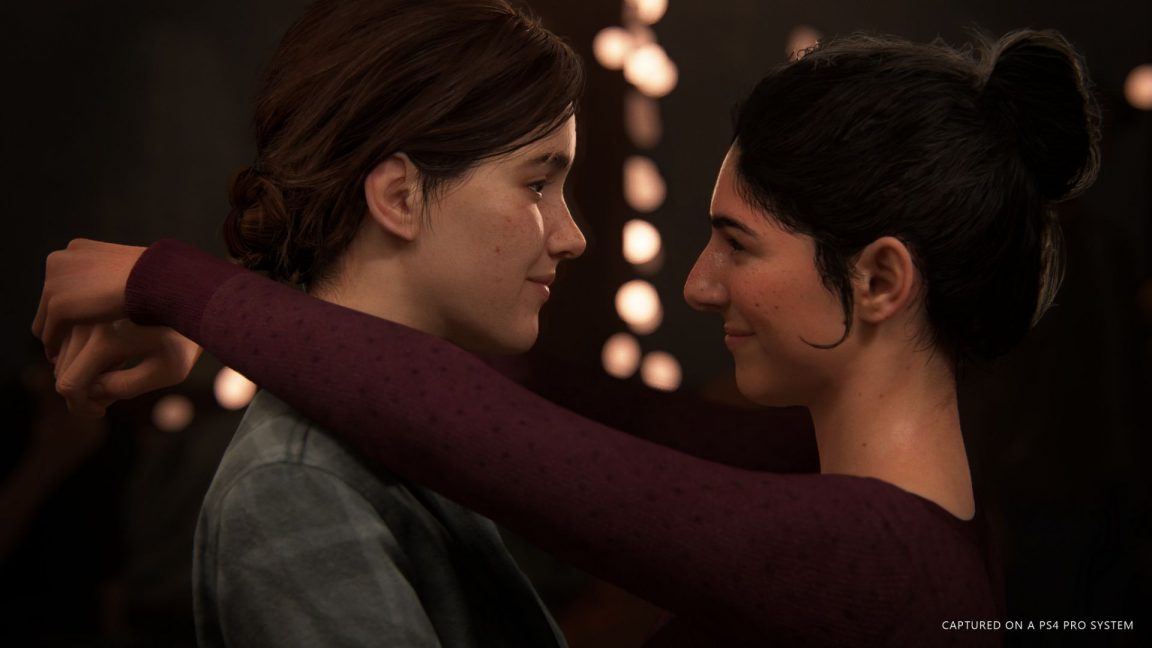 The new and improved Tomb Raider series is a pretty accurate example of subtextual sexuality. Since the release of Tomb Raider back in 2013, theories and headcanon have surrounded Lara’s sexuality and her relationship with Samantha Nishimura. Lara spends most of the game calling her name. When she finds her, she carries her down a mountain as a rainbow frames the scene. Because that’s real subtle. Of course, Sam’s role practically got whittled down into nothingness by the 2018 game, which left a bad taste in LGBT fans’ mouths. Hell, there’s even people out there dedicated to trying to bring Sam back into the franchise because even if the game is pretty rubbish at giving the representation fans crave, they still would rather have subtext than nothing.

But that’s where QRM can help. The database is brilliant on its own, but side-by-side with the advice from the staff and moderators behind the website, it acts as an ally for developers looking to add these elements of someone’s character to their game. QRM educates about important themes such as gender accessibility, heteronormativity, and more. With a more educated batch of developers, the likelihood of a more respectful queer story rises.

With QRM, differentiation between subtext, poor representation and the like is often shared in the game log’s summary. With it, it gives the player the choice to pick and choose something that they feel resonates with them in a respectful way - something that seems a given to those who see themselves everywhere in the medium they enjoy.

While I grew up not having access to a resource like this and did just fine, I can’t help but think I’d have come to terms with myself a lot sooner if I had a wide-array of games to help me find what does and what doesn’t work for my identity. With a database as vast and specific as QRM, and which is updated regularly with the help of an active community, creators and LGBT gamers are a part of history in the making, and if you ask me, that’s all kinds of beautiful.