The Legend of Zelda: A Link Between Worlds is getting a 3DS console bundle in North America, Nintendo has confirmed. 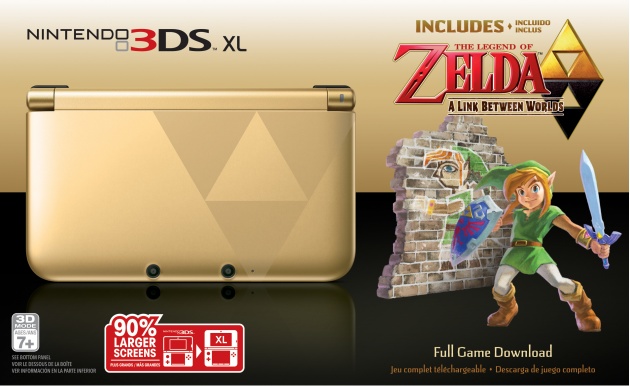 It's the same golden 3DS XL design that's coming to Europe and Japan.

Nintendo of America has now confirmed the bundle for North America. It comes with a download code for the game and launches November 22. It'll come with an RRP of $219.99.