Killing Floor 2 will be released on Xbox One next month and it's also coming to Xbox One X at launch.

Tripwire Interactive announced today its second entry in the series, Killing Floor 2, will be made available for Xbox One in August with exclusive content such as the Freezethrower.

Using the Freezethrower, players spray zeds with liquid nitrogen. Once frozen they can then be bashed to pieces. This is an exclusive weapon for the Survivalist Perk and comes with eight weapon skins for customization.

This exclusive content will also be made available for PC and PlayStation 4 at a later date.

Another piece of content is the Wasteland Armor cosmetic uniform, exclusive to Xbox systems. It comes in five different styles. 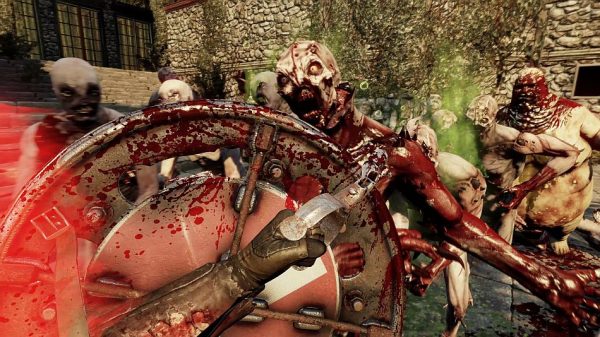 Upon release, Killing Floor 2 will include all previously released content packs including The Tropical Bash and The Descent and elements of The Summer Sideshow including the Tragic Kingdom map and Weekly Outbreak Game Mode. It also includes two weapons: the HZ12 Shotgun and Centerfire Lever Action Rifle.

The game on Xbox One X will include 4k support, increased performance, high resolution textures and shadow maps and increased shadow-fade-out distance. The game will also support the Xbox streaming service Mixer.

Xbox One X isn't available for pre-order just yet, but it shouldn't be much longer of a wait.

The game is available now for PC, PS4 and PS4 Pro.