First there was the hacker I took along to break into a facility full of exploding red thingies. His job was to hack (obviously) into a series of consoles while I covered him. He perished in the sea when a helicopter rocket derailed my van’s path just as I hit a ramp. In a different save, he met his end standing stubbornly in front of an indestructible mortar and demanding I pick him up there, precisely there, in a vehicle. It took me six cars to figure out that the task was simply impossible - had it not been for a fortuitous autosave, I’d still be there now.

He expired one more time when an errant explosion - there are rather a lot of explosions in the minute-by-minute happenings of Just Cause 4 - wedged our car under a bridge just after I’d exited it. Rather than leaving through either of the unobstructed driver side doors, he sat in there for a full three minutes while I, oblivious, fought off a barrage of infantry, helicopters, attack bikes, and armoured cars, all the while wondering why he hadn’t started hacking the last console yet. 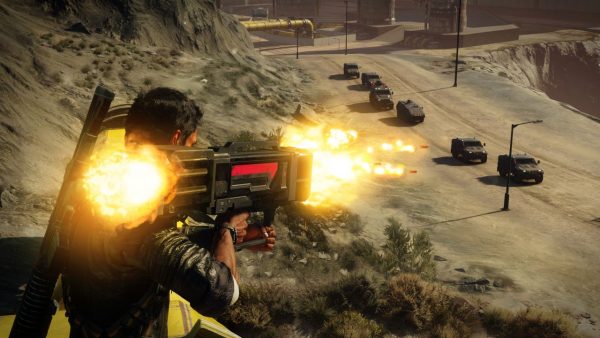 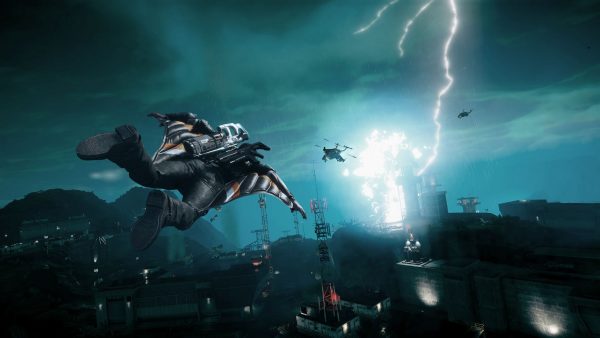 What an open world Solis is though - as vast as it is geographically improbable. There’s an icy, mountainous biome in the middle of the map, whose entirety must surely make up about 12 Hammerfells. There are desert plains, meadows, rainforest, modern cities, and impoverished settlements that conjure up the Kowloon Walled City. There’s also an attempt to explain such diverse climates in the main plotline - a horrid dictator has weaponised weather, and Rico’s absolutely furious about it. Actually, the storytelling is a step forwards for the franchise in Just Cause 4: slightly less hyperactive and often landing on a more serious tone while still acknowledging the inherent silliness of one man taking over an entire island using a grappling hook. 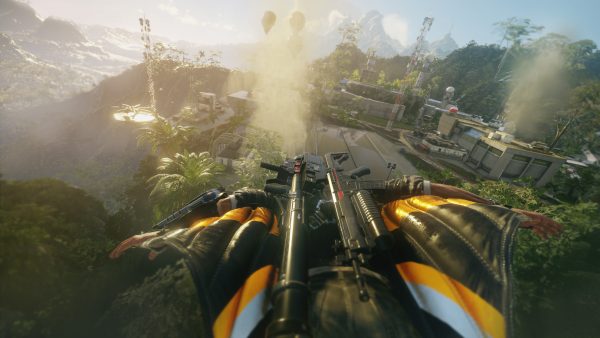