After a beta that was actually a demo and a soft launch that felt like a beta, Anthem is finally releasing this week.

The loot shooter lets you soar through the sky in powered, mechanised suits as you explore a vast, tropical landscape in the perpetual search of slightly better guns. Much of the early criticism has focused on the game’s long load times ruining the pace of the action. However, its problems run much deeper, as I mentioned in my Anthem review.

Beneath all the issues, though, is the promise of a solid game. The moment-to-moment play feels great, it looks incredible, but there are more than a few eyebrow-raising design decisions holding it back. Here are the things I’d change to bring it up to scratch: 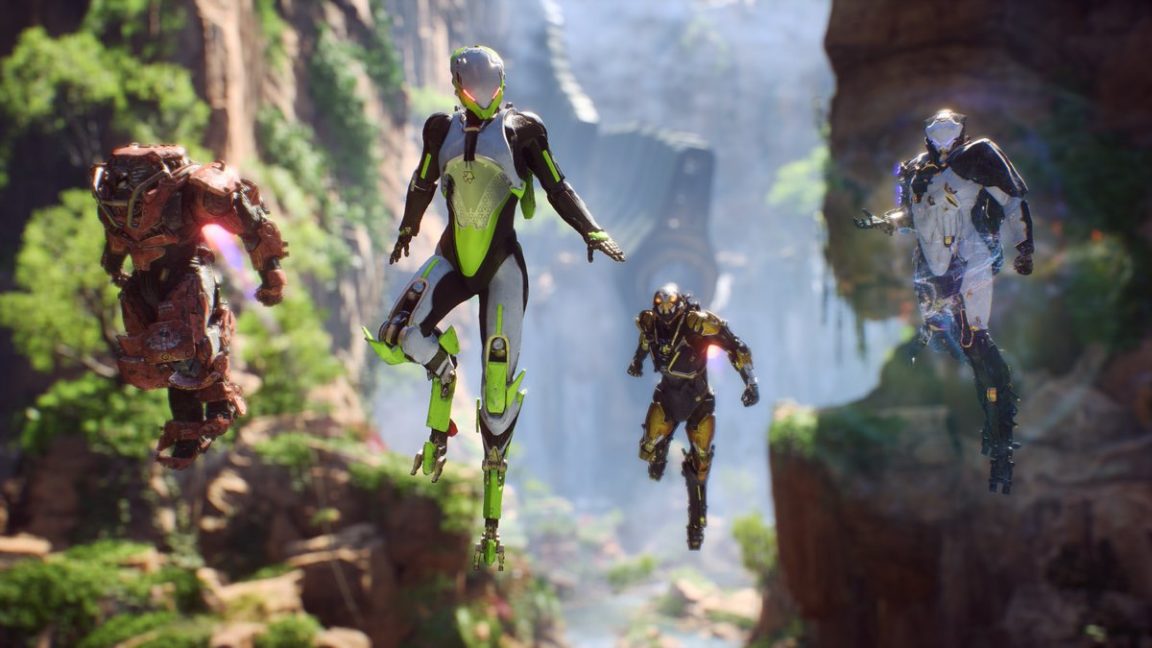 One of the things that keeps Destiny’s core combat interesting throughout is enemy variety. Each species of alien behaves differently, and each requires particular strategies to overcome. The Hive are a zombie-like race that swarm the player, making shotguns and explosives your most efficient tools. The Fallen are insectoids that work together as an elite fighting squad, mixing up close, mid, and long-range tactics. The Cabal are walking tanks with heavy armour and a fondness for machinery.

Most of the enemies you face in Anthem are either humanoid grunts who mindlessly shoot at you or insects that run towards you. The challenge comes from ever-increasing health bars and an increased damage output in higher difficulties. As enemies get stronger, the sense of feedback lessens and combat often feels like you’re just holding down a button to watch a health bar deplete.

Varied AI and tactics would make a big difference to the feel of the game. You can see flashes of how much difference this could make in the stationary enemy turrets. These change the entire dynamic of a firefight by relentlessly firing on your team from a vantage point. Firstly, these vantage points require use of the game’s excellent aerial movement if you want to flank them. Secondly, clever tactical play can remove them from a fight quickly. A good Storm player will freeze turrets up so their allies can fight on without being barraged. It’s a glimmer of potential in an otherwise unremarkable enemy lineup.

Higher difficulties shouldn’t be all about higher damage 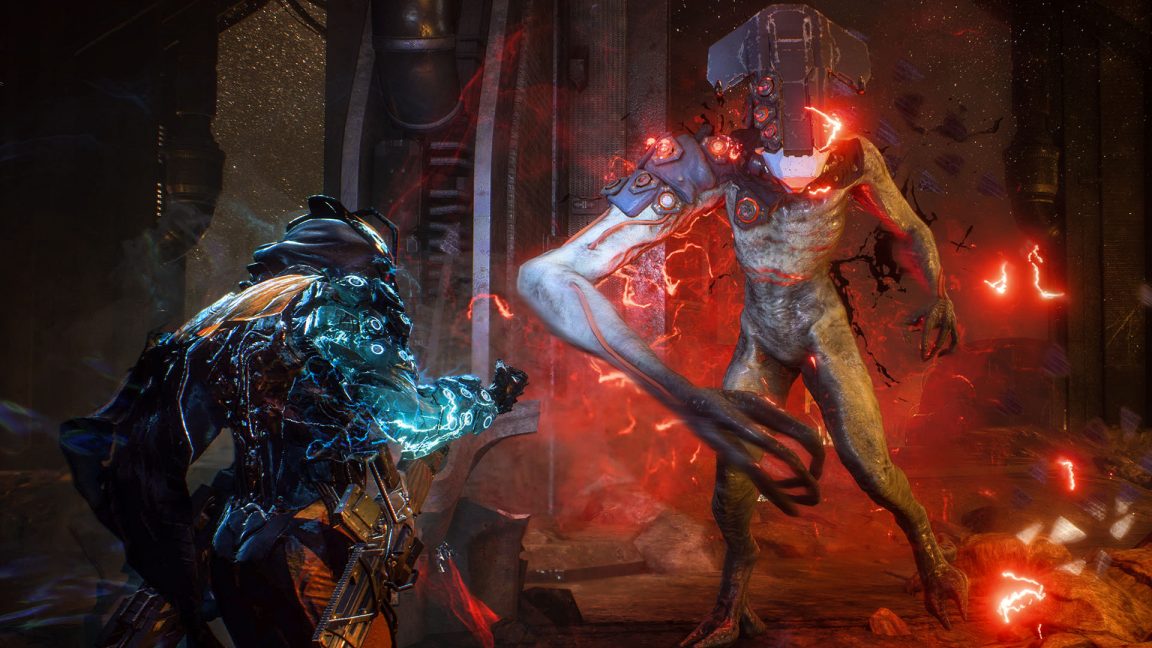 Anthem’s strengths lie in its incredible agility - the pure joy of timing a rocket boost as you reach the peak of a jump, twisting in the air as you’re propelled forwards before balancing out and speeding onwards. The Grandmaster difficulties clip your wings. Enemies are deadly accurate and almost every attack puts you down to critical health. It turns Anthem - a game without a cover system - into a cover shooter.

Rather than asking for better use of all your learned abilities, Anthem’s fights become a war of attrition. Your best abilities become redundant and your best hope is to cheese enemies from a safe spot.

Instead of going for higher health bars and a ridiculous damage output, BioWare could instead tweak the enemy types or up the volume of threats without giving them a damage boost. This would mean you’d still be safe to swoop in and out, but you wouldn’t be allowed to hang around, creating a staccato, guerilla flow to combat. Most importantly, it would retain what makes Anthem fun.

Chill out with the stun locks 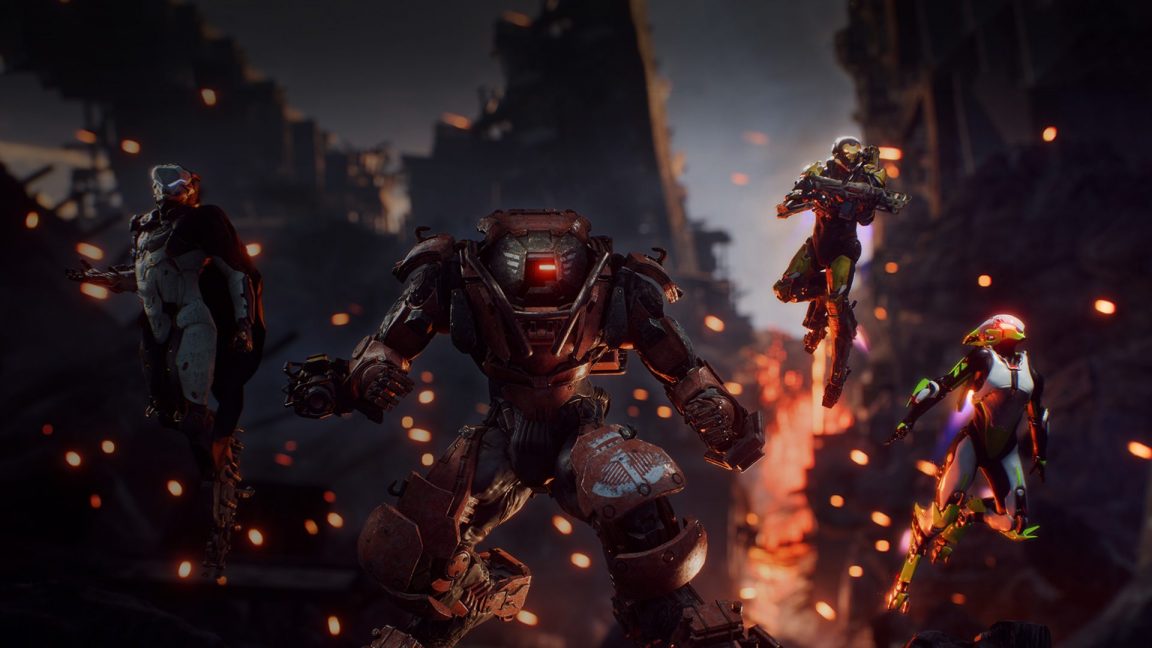 This is another issue that seems to only exist to interrupt Anthem’s excellent flight capabilities. There’s already an overheating system baked into flight to ensure you can’t hang in the air forever, so there’s no need for so many enemy attacks that disrupt movement. There’s nothing fun about getting comboed by stun locks until you die.

Some enemies in the game - the Luminaries being the worst - have the ability to repeatedly stun lock you with every attack. If you get caught out in the open, you can get hit by a stun lock, recover, and immediately be hit by another. This problem is even worse when you’re playing as a Colossus, since the Javelin’s limited agility makes it difficult to break out from a chain of attacks such as this.

A simple solution to this would be to make effects build up over time, giving you a chance to break away and recover before a stun lock kicks in. 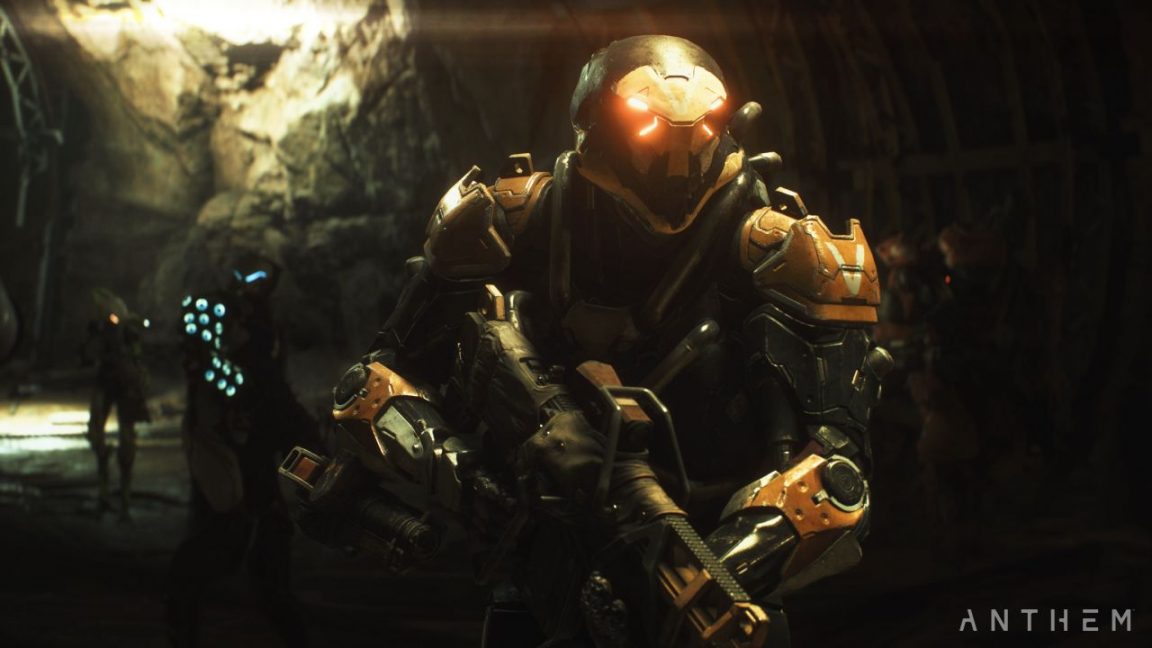 Destiny 2 has a gun that harnesses the power of a black hole. Firing it feels like sex. By comparison, Anthem’s weapons feel like a cry-wank. There’s no hint of future tech outside of increasingly blinding muzzle flash, and weapons in the same class barely feel distinct from each other.

Sure, there’s more to Anthem’s combat that firing guns, but better gunsmithing could go a long way towards making combat feel satisfying while also making players distinct from each other. Gun progression needs to be about more than chasing bigger numbers.

Not only is fashion a big part of the endgame in any shared world, but why is there no gear with tangible benefits. Where’s the armour that, you know, gives me more armour?

The cynic in me assumes this area of the game is so barren because of one reason: microtransactions. The cool styles are being saved up so they can be sold to you. That’s why armour offers no tangible stat benefits - because BioWare doesn’t want to sell gear that makes players stronger. If this is the case, it needs scrapping and players need something to chase outside of a shotgun with cool stickers on it. 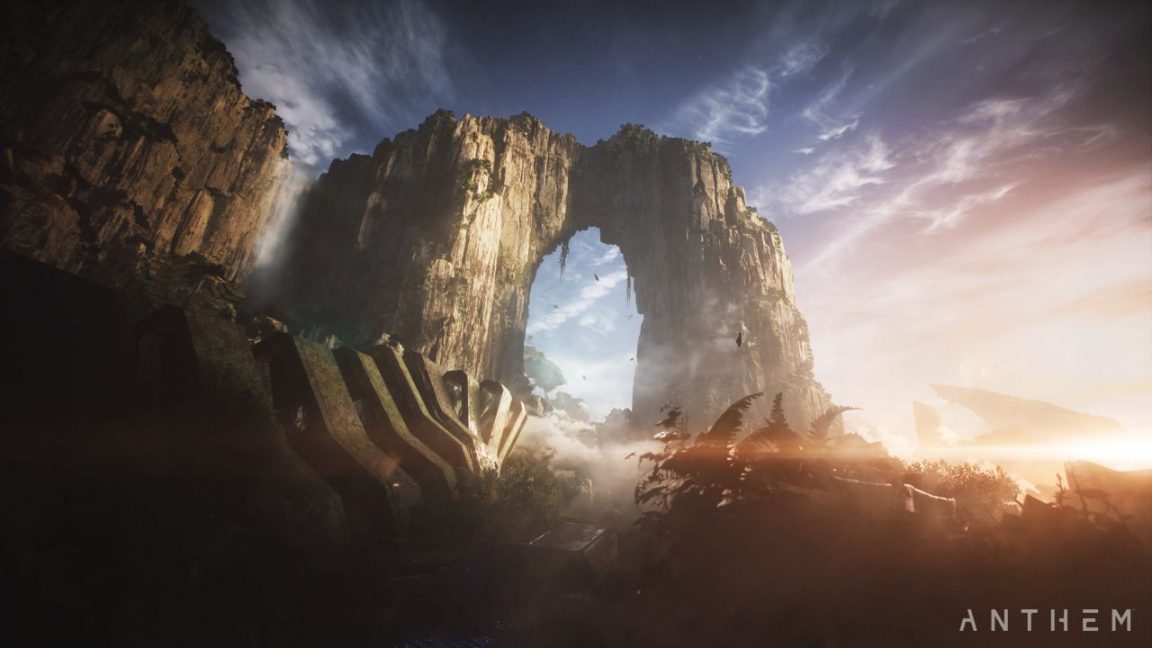 It gets tedious quickly and could have been broken up by the odd set piece. You get a flash of this during the intro sequence where you’re asked to fly while dodging beams of light. It’s a simple section, but it gives you something else to do with the flight system. If this was placed somewhere else, it could have broken up the tedium a little. There are plenty of other things BioWare could do here, such as having players battle in the middle of a mortar strike, or creating a battleground where the topography shifts, forcing players into the air at certain intervals. 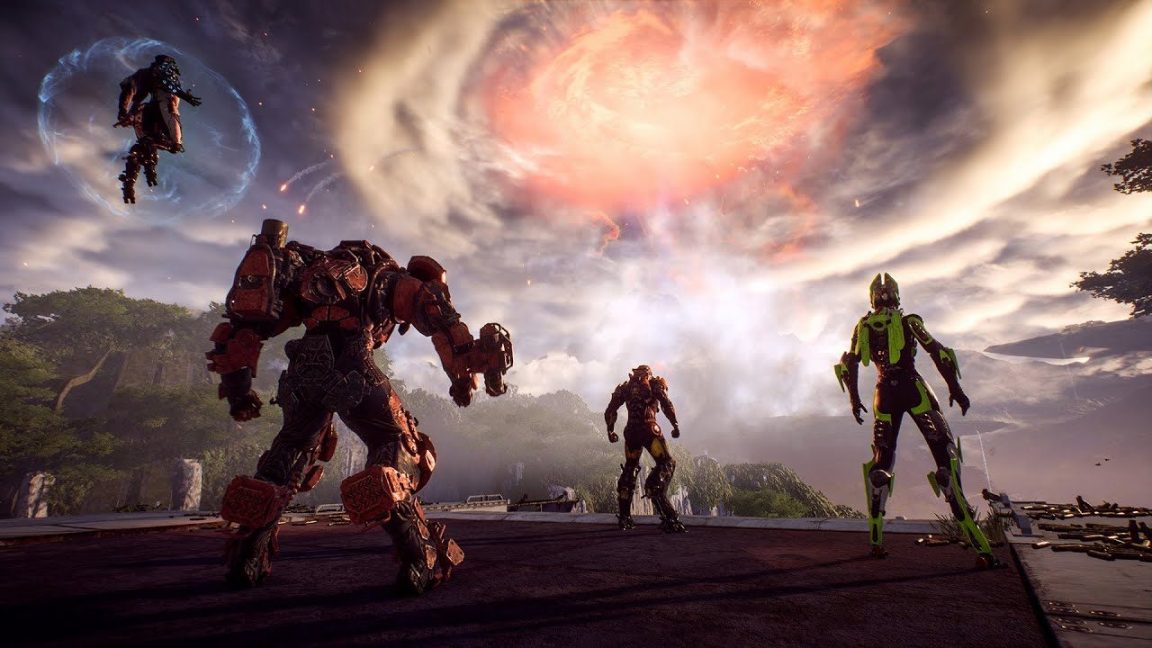 This one isn’t so cut and dry as there may well be technical limitations for why this can’t happen, but the fact you’re tethered to the player in front is one of the most annoying things in the entire game. In its current form, Anthem teleports you to the leader of your group if you lag behind even a little bit.

Since the map is peppered in collectables, it’s an issue. If you spot a chest or material, you’re likely going to fall behind and be forced to sit through a loading screen so the game can zap you to your pals. Since everyone can move so fast, it happens often.

You can even be seconds from a waypoint, seconds from catching up, and the loading screen will still kick in. Whether this is tied to the Frostbite engine and its capabilities when it comes to streaming a large open world for multiple players isn’t clear, but the constant popup warnings pull you straight out of the fantasy and ruin any sense of immersion. 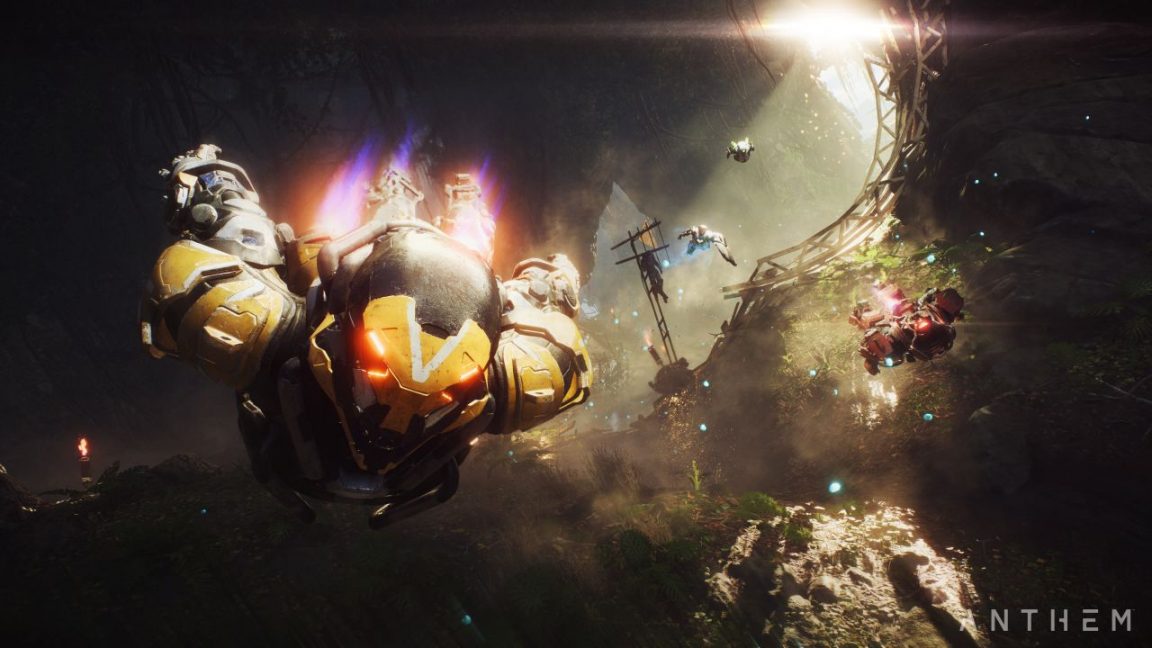 If you’re downed in an area where respawn is restricted in Anthem, there’s literally nothing you can do. You can’t move, you can’t ping your allies, and you can’t even reach the pause menu to get out of the mission. You’re completely at the mercy of gamers, which is never ideal. A simple ping system could alleviate this, or at the very least allow us to quit out if nobody is coming. 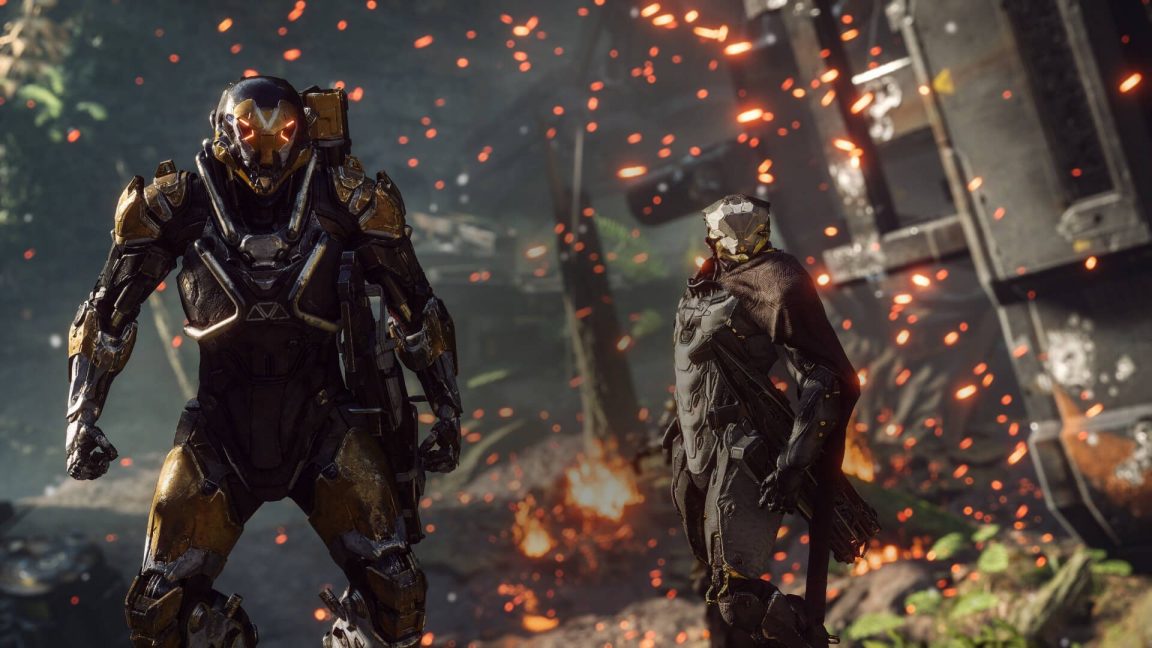 Flashy effects are lovely to look at, but Anthem is all style over readability. Particle effects are everywhere in the heat of battle and it’s never fully clear what your allies are doing. There’s too much going on, too many colours. It makes teamplay difficult, combos hard to coordinate. There needs to be more emphasis on the effects that matter over the ones that don’t. 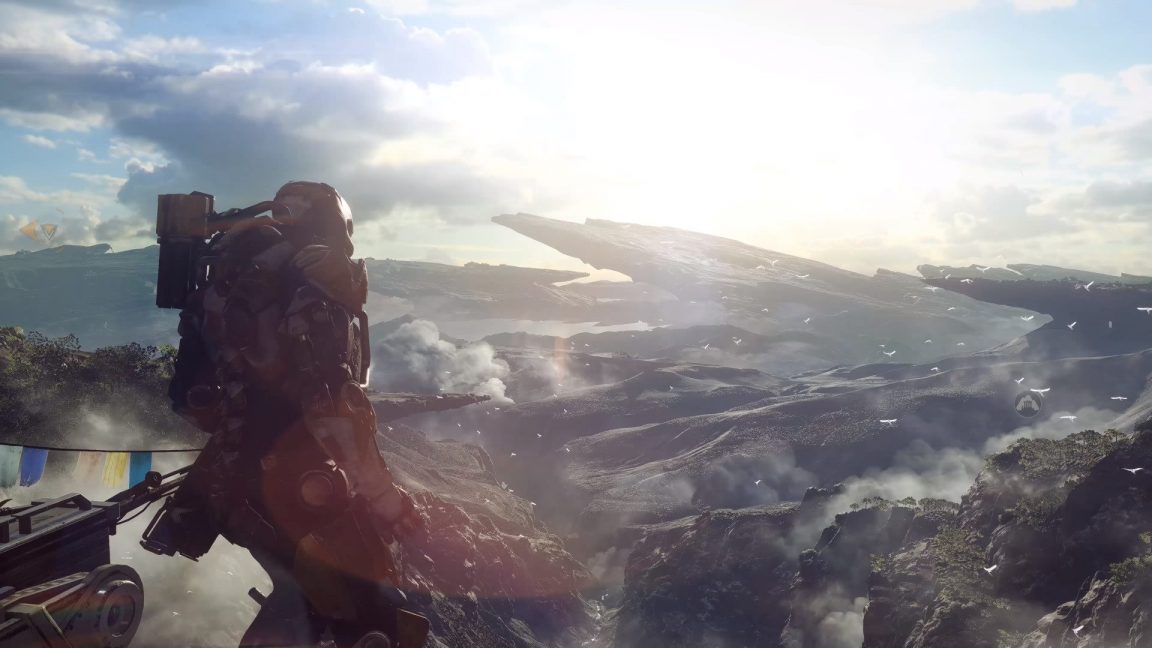 If you like to grind it out in free play, Anthem has you covered. You can roam around its massive world taking on challenges and feats to earn XP. These are capped in the release version for some reason.

For example, if you complete three world events you get XP, but you stop being rewarded after three completions. You have to exit free play, head back to Fort Tarsis, and choose free play again to continue to be rewarded. What is the point of this extra step in a game that already has too many loading screens?