343 Industries confirms that public testing of Halo 3 for PC will start in the first half of June.

News came over the weekend in a blog post, with the developer confirming it aims to get a "completely paired down" test build into partners' hands by next week.

"Our goal is to have the Halo 3 public flight kicked off in the first half of June," reads a post from 343 Industries' Halo community manager Tyler Davis. For those of you out there in Internetland hoping to try your hand at Halo 3 on PC, you're first going to need to register for the Halo Insider program.

"Flighting" is, of course, Microsoft dev-speak for beta testing ahead of the game's release. The process is made up of a few stages, or "rings", of test flights before the game eventually hits pubic test servers. The team is already underway with early stages of flighting in Ring 1, Davis adds. 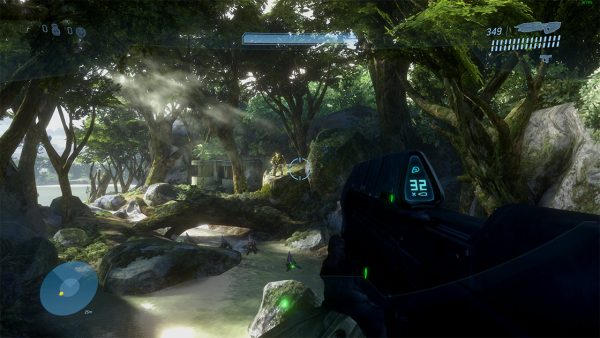 Over the past year, 343 Industries has been trickling out its Master Chief Collection releases for PC, with everything from Halo Reach to Halo 2 taking no longer than a month after the conclusion of its public tests to launch. If that timeframe is anything to go by, we can probably expect Halo 3 to release in mid-July.

Last we heard of Halo 3's PC port was at the beginning of May, with 343 Industries revealing it was "approaching solid alpha candidates" for both Halo 3 and Halo 3: ODST. The studio confirmed early builds would first go through in-house testers before Halo Insiders would be able to get their hands on it.

As previously confirmed, The Master Chief Collection for PC features 4K UHD resolution and HDR, and will be optimised for PC with mouse and keyboard support.