Ubisoft largely swapped core for casual last year, but the European juggernaut is bringing it back in FY2012 with a new Assassin's Creed, Ghost Recon, and a number of delightful surprises. 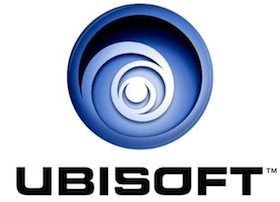 One of Europe's largest publishers, headquartered in Paris.

Despite a quiet release schedule, last year the French publisher saw significant performance, with a 21.2 percent year-on-year increase during the holiday quarter.

Assassin's Creed: Brotherhood was a major factor, but the real stars of Ubisoft's FY2011 were Just Dance, Michael Jackson: The Experience, and Dance on Broadway.

If Ubi can pull performance like that in an off year, just imagine what it can do when it cashes in on its massive, lurking IP potential.

The line-up
The first two Ubisoft titles of the year demonstrate the publisher's commitment to backing a diversity of projects. The Next Big Thing, which releases on April 21, is a point-and-click PC adventure. Despite oodles of charm, it's not a sure bet by any means, but Ubi will probably never drop fringe PC support. Unusual platformer Outland will hit console networks right at the end of April, too.

In mid-May we'll see a pair of licensed titles, SBK World Championship 2011 and National Geographic Collection!, both multi-platform releases. At the end of May, expect another dancing title, although with slightly narrower appeal than Ubi's big music titles - Let's Dance with Mel B.

On June 17 we'll finally get our hands on Child of Eden, the beautiful on-rails successor to Rez. Only the Xbox 360 release is confirmed as yet, with and without Kinect support, but the PlayStation 3 version is slated to turn up before the end of the second quarter.

Another reliable licensed performer trots out for its regular airing - Might & Magic: Heroes VI. We can expect it to be bought by the same group of PC RPG fans who bought the previous five. It's out June 24, along with platformer Cubic Ninja.

Sometime in the summer morass, Ubi will let free the recently-revealed PowerUp Heroes, a Kinect-based fighting game with online or local multiplayer and character progression.

Mining the back catalogue, Ubisoft adds to its PlayStation Classics HD collection with the Splinter Cell Trilogy. No word on date for this, or for Call of Juarez: The Cartel, beyond a vague "summer".

In August, we'll see The Smurfs on Wii and DS, a tie-in with the upcoming film.

As the year cools down, we start to see some real action. Driver San Francisco reboots the classic series in September on major platforms. It's accompanied by Driver Renegade as one of Ubi's few original titles for 3DS, although it's not locked down beyond a third calendar quarter.

Speaking of the 3DS, James Noir's Hollywood Crimes is due around the same time in the Christmas wind up.

The fourth calendar quarter brings us Anno 2070, the latest in a long and successful series of PC-exclusive city building sims. Ubisoft's BlueByte studio is partnering with Related Designs - of which Ubi owns 30 percent - on development.

The biggest confirmed Ubi title for the rest of the year is without doubt Ghost Recon Future Soldier for PS3 and Xbox 360. It's possible this will slip to early 2012, but it's unlikely: Ubi pushed this out of FY2011 along with Driver, and it's the IP's tenth anniversary this year. Expect the publisher to make a lot of Ghost Recon-related noise at E3.

Into vaguer territory now, sneaking (ha!) in somewhere before the end of the year, we'll get another Assassin's Creed game. We know MMO specialists Ubisoft Massive and Brotherhood contributors Ubisoft Annecy are in on the act, and that Ubi expect the game before the end of FY2012, but that's about it. Ubi promised a reveal in May during its Q3 financials, so we'll no doubt see it at E3. Assassin's Creed is Ubi's major core IP: we will see this in the calendar year.

And the rest
That's not a bad year's lineup, especially in comparison to the previous twelve months, but Ubi's in push mode now. E3 and gamescom will almost certainly see some shocks.

Rayman Origins, an episodic remaining of what was once Ubi's most iconic series, has been strongly teased for E3. We know Nadeo is set to give a decent showing of TrackMania 2 at last, and we can certainly count on a number of dancing-related reveals and announces on top of the usual experimental fun, but little birds tell me we're in for more than that.

Take a glance over Ubisoft's portfolio and you'll see a number of names in need a good dusting off. If we don't get several major action announces at E3 there will be a worldwide shortage of hats as everyone eats theirs.

In the less certain but even more hopeful category, this must be the year Ubi draws the curtain back on Beyond Good & Evil 2. Unless the console network re-release has utterly panned, it's the impetus the publisher needs to declare that this is the time.

We'll probably get another look at Eric Chahi's From Dust, too, and don't forget about Far Cry 3, although a reveal this year isn't likely.

Alas, Ubi Shanghai's I Am Alive has vanished into the mists for the moment; I wouldn't count on any more information this year.

And the next Splinter Cell? Not yet. Just watch E3.