When Gears of War launches, you'll have three Xbox One S bundles to choose from. 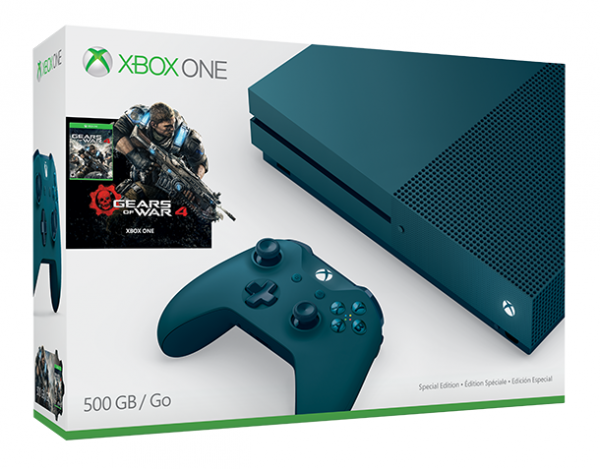 Gears of War 4 gets another two Xbox One S bundles

Gears of War 4 was already prominently featured in one limited edition Xbox One S bundle, but apparently that's not quite enough for Microsoft. The publisher has now revealed another two Xbox One S deals offering the new game and console together.

The first, revealed on Xbox Wire, is a white-colored Xbox One bundle, complete with 1 TB hard drive, matching Xbox Wireless Controller, and (of course) a copy of Gears of War 4. The second option is a Microsoft Store and GameStop exclusive "Special Edition", which offers a deep blue console with a 500 GB hard drive.

For a limited time, both editions will also feature digital copies of the Xbox 360 Gears of War collection.

That being said, customers should double-check to see if their bundle includes a physical Gears of War 4 disc or a digital download. All GameStop-purchased bundles, for example, include the physical disc which will not let you play the game on Windows 10 PCs with the Xbox Play Anywhere feature.

Gears of War 4 launches on October 11, 2016, but the exclusive Special Edition bundle won't launch until November 1.