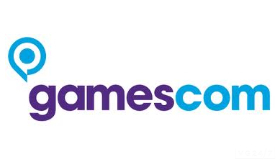 This is gamescom's third year, having replaced the old Games Convention in Leipzig in 2008.

The show runs in Cologne, Germany, with a very heavy presence throughout the city.

254,000 people attended gamescom 2010, making it the biggest consumer games trade show on the planet ahead of TGS, which had figures of 207,647 for last year.

In only its second year, it overtook the Tokyo Game Show to become the biggest consumer games trade show in the planet. Europe's premiere industry event, gamescom, is back, and it's ready to let everyone in the city of Cologne know it's got an amazing spread lined up.

Blockbuster games, megaton announcements and brand new titles yet to be unveiled will all drop at the show beginning Tuesday, with press conferences galore - and then some. And this is before you account for GDC Europe, which runs from Monday, August 15 to Wednesday, August 17 inside the Koelnmesse.

Here, we're going to take a look at the four main press conferences - all of which we're going to bring to you live - as well as the big third-party players that will be at the show. It all starts with the Seattle lot.

Note: All pressers will be covered live by myself and Pat.

To be clear, this isn't going to be a press conference. It is, as the name suggests, a play day. This is going to be a free-form event where attendees will get hands-on with MS's Christmas season line-up.

It's a big event, so we're going to bring it to you live. Last year's equivalent saw showings of Halo: Reach, Fable III and a gutcheck heavy load of Kinect stuff. That included Kinect Sports, Kinectimals and Dance Central (the less said about the latter, the better).

This year, it's all going to be about Halo CE Anniversary and Forza Motorsport 4, as well as Kinect showings from Disneyland Kinect, Kinect Sports Season 2 and a handful of new services, such as the new Xbox Experience, as seen at E3.

The main event will unquestionably be Gears of War 3. The Epic trilogy ender was missing from the show last year, but with the launch next month and a clean go-ahead from German censors, we don't see any reason why you shouldn't see this in Cologne. Word to the wise, though: you're going to see a lot more of it before the Play Day.

Last year, EA presented Criterion's Need for Speed: Hot Pursuit, Dead Space 2, FIFA 11 and Medal of Honor to the press and public via an online stream. It also brought with it the first showing of Dragon Age II and the announcement that Mass Effect 2 would come to PS3.

This year, several games will have a big shout in the EA presser - although you can expect attention to zero in on one in particular. Expect strong showings of Need for Speed: The Run from Blackbox, FIFA 12, Kingdoms of Amalur: Reckoning from 38 Studios, The Old Republic, The Secret World from Funcom, SSX and Mass Effect 3.

But there'll be some surprises, too - there's that TBA Crysis 1 console port, and we are almost literally in Crytek's backyard. This seems to be the perfect time for an announce. Considering we're in Europe this time, will we finally see Swedish studio Starbreeze announce the Syndicate reboot? We hope so. Truly we do.

Then there's the biggie: Battlefield 3. The game looked an absolute stunner at E3, and we can only wonder how DICE is going to blow us away again next week. You're almost certainly going to see a bigger exposé of multiplayer here - maps, modes, etc - and even a date for the multiplayer beta. This will be the standout at the conference. Don't blink.

Sony's turned a massive corner after PSNGate. Going into E3 with serious doubts over its press conference following on from what had happened in April, it came back strong with a sincere apology, as well as an actually good press conference full of great content and surprises. Now that we've mostly gotten past the drama, don't expect to see an apology from outgoing SCEE boss Andrew House, but it'd be nice for the European PlayStation consumers to be acknowledged as well.

2010's conference had a Move-centric focus, but it wasn't the main aim. The company unveiled Killzone 3's multiplayer for the first time, showed Motorstorm Apocalypse, gave Gran Turismo 5 a date (although it was later delayed) and more. And of course, to show the strength in its partnership with Sony, despite having jumped the boat to go multiplatform with EA Partners and Overstrike, Insomniac announced two new games: Ratchet and Clank: All4One and Resistance 3.

This year, R3 will get one more outing before its release on September 9 in Europe. Uncharted 3 too, of course. Could we also see Quantic Dream's new game after Heavy Rain announced, too? It's not out of the question anyway. And will we see a PS3 price-cut? It's been a long time coming.

But this will be a heavily-focussed Vita presser. No two ways about it. It's all going to be about Vita, Vita, Vita. Expect new stuff on games shown at E3 and a whole lot more. It's safe to say you're going to see new games announced for the handheld as well. A date? TGS, gringo, but it's now down for a 2012 release in the US and Europe. And at the end, press will be allowed to try it. By the end of night, if Sony has its way, the only name people will mutter will be Vita.

You might get an odd Guild Wars 2 mention during the presser - in fact, it'll be shown to press behind closed doors as well - but the big focus is the unveil of the publisher's brand new MMO with Carbine Studios. What is it? We honestly don't know. Some art has been teased on the developer's website, but not much else.

"We’ve been working on our game in stealth mode for a long while – waiting for the day when we could finally start showing our friends, fans and competitors what all the secrecy was about," said executive producer Jeremy Gaffney.

It'll be at PAX Prime as well, but it'll be Cologne where it makes its bow. Watch the mountains.

Press conferences and EA aside, there's still big third-party publishers on show in Cologne next week. Miss these lot at your peril.

Take Two - Rockstar traditionally keeps it quiet during gamescom - as they did at E3 this year - but they always show up in some form. Don't expect anything colossal to happen, though. Nor any showings of Max Payne 3. If anything, it's going to be the PC version of LA Noire.

On the other hand, 2K's going to have a good show. Weirdly, Irrational's BioShock Infinite is skipping the show, but it has a mighty impressive replacement, though: the world premiere of Borderlands 2. We're booked in to see it at the show, as well as interview Gearbox about it. We're pumped. You should be too.

It's also bringing NBA 2K12 and The Darkness II to Cologne, but the main meat is Borderlands 2. Next Wednesday can't come soon enough for us.

THQ - The company hasn't formally announced its line-ip for the show yet, but you can bet the usual suspects will be there: Saints Row: The Third, Darksiders II, Metro: Last Light and UFC Undisputed 3.

But wait just a second: The company also has a massive announcement for the show, according to core boss Danny Bilson at E3. And if I was you, I'd put it down on a Relic-related announcement. And Bilson's already said a "next-gen" Dawn of War is in the works. Add two and two? Watch Bilson and co. at the show very closely.

Bethesda - Out of any publisher at the show, Bethesda is the one we're truly excited for. Skyrim got so many game of the show awards at E3, it's laughable. In a good way obviously because, going by what I saw in April in Utah and what Keza brought home from E3, it deserved them. Now we're seeing it again, and so too will the public at the company's main stand. Not to be outdone totally by Skyrim, RAGE and Prey 2 will also be shown to the press and public at the show, with RAGE being playable.

As for Dishonored, Arkane's new game? Let's put it this way: journos at QuakeCon have seen the game. They've written pieces on it - here's Eurogamer's - so I think it's safe to say it will be in Germany for press.

Me and Dance Central. I'll personally ban
the first person who laughs at this.

Capcom - After a year out due to a lack of content, Capcom returns to gamescom with a pretty strong list. Street Fighter x Tekken headlines the Japanese publisher's line-up for the show, with Resident Evil: Revelations, Dragon's Dogma and Asura's Wrath all playable on the public showfloor. All of those will also be shown to press, but expect other things from the publisher at the show.

Namco Bandai - Is this going to be a subdued gamescom from Namco? Not a chance. Ace Combat: Assault Horizon and Dark Souls will be on show, as will Inversion, Ridge Racer: Unbounded and more. Soul Calibur V's also to be shown to media behind closed doors. And word to the wise: we're planning a cool little something with Namco for the show regarding Dark Souls. Stay tuned.

Sega - Sega pulled out of last year's show for commercial reasons. But now, it's back. And while it hasn't made a formal announcement, you can probably guess who will be there: Sonic Generations, Anarchy Reigns, Binary Domain and Aliens: Colonial Marines.

Warner Bros. Interactive - It's all going to be about Batman: Arkham City for Warner, but it'll also have Double Fine's Kinect game Sesame Street: Once Upon A Monster and Lord of the Rings: War in the North from Snowblind Studios, as well as new content from Turbine on LOTRO.

Activision - You'll almost certainly going to get Modern Warfare 3, Call of Duty Elite and Prototype 2 showings at the show, but it'll probably be sutff shown at E3. But don't expect a great deal of new stuff on CoD, though: the new meat is being saved for Call of Duty XP, with MW3's multiplayer and Elite's premium stuff being shown for the first time.

It's going to be the biggest gamescom to date. We're massively, massive pumped. Shitting ourselves at the same time too, looking at our fuckscary schedule, but absolutely pumped to kingdom come for the show. Myself, Pat and Alex Donaldson will be in Cologne for VG247 next week. We're about to go Defcon 1 from Sunday.