Fallout 4: Nuka-World offers you the chance to make your own Nuka-Cola varities 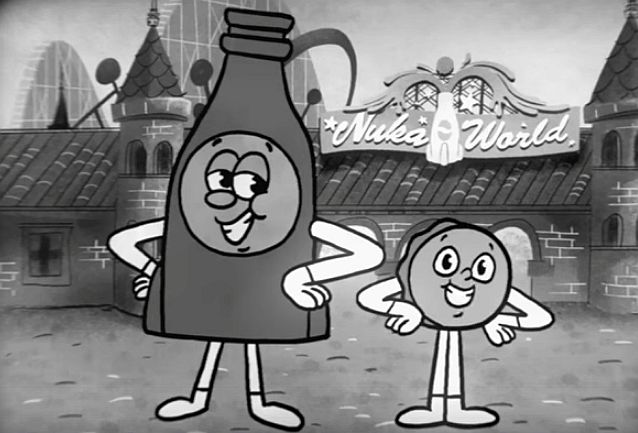 Not what you're looking for? Our Fallout 4 guide and Fallout 4: Nuka-World guide might help.

Have you ever wanted to make your own Nuka-Cola? For some reason, Fallout 4: Nuka-World thinks you have.

There are 15 Nuka-Cola recipes scattered around Fallout 4: Nuka-Cola, and collecting them will allow you to craft new brews at the Nuka-Cola Mixing Station - a new crafting table found only in the DLC.

As you'll see when you first open this new crafting station, some of the new Nuka-Cola varieties are ridiculously powerful, which is partially balanced by the low supply of ingredients on hand to mix them. On the other hand, if you're playing Fallout 4: Nuka-World in endgame, you're unlikely to meet anything powerful enough to push you into using these - unless you've turned the difficulty up, in which case: boy, have we got some recipes for you.

Here's where to find each of the 15 Nuka-Cola recipes in Fallout 4: Nuka-World. The recipes themselves are slim books which look a little bit like packets of Abraxo cleaner at first glance, so be sure to check carefully.