Dragon Ball has certainly been around the block in video game terms, but Dragon Ball FighterZ is a franchise best.

Here's the thing: Dragon Ball FighterZ is made by Arc System Works. ArcSys, as their dedicated fans call them, really know how to make a damn good fighting game. They never quite see the widespread recognition they perhaps deserve because they always make 'anime fighters' - stuff like BlazBlue and Guilty Gear. These are great but niche games that ultimately have a far more restricted audience than peers like Street Fighter or Mortal Kombat.

This is why they're a perfect fit for Dragon Ball FighterZ. Dragon Ball is about as mainstream as anime comes, and in the fighting game space one can certainly see how it might attract a similar or larger audience than Street Fighter and Tekken, the most mainstream anime-like fighters. This is the genius of FighterZ: the brilliant game design of ArcSys married with a franchise that a much larger audience will actually care about. 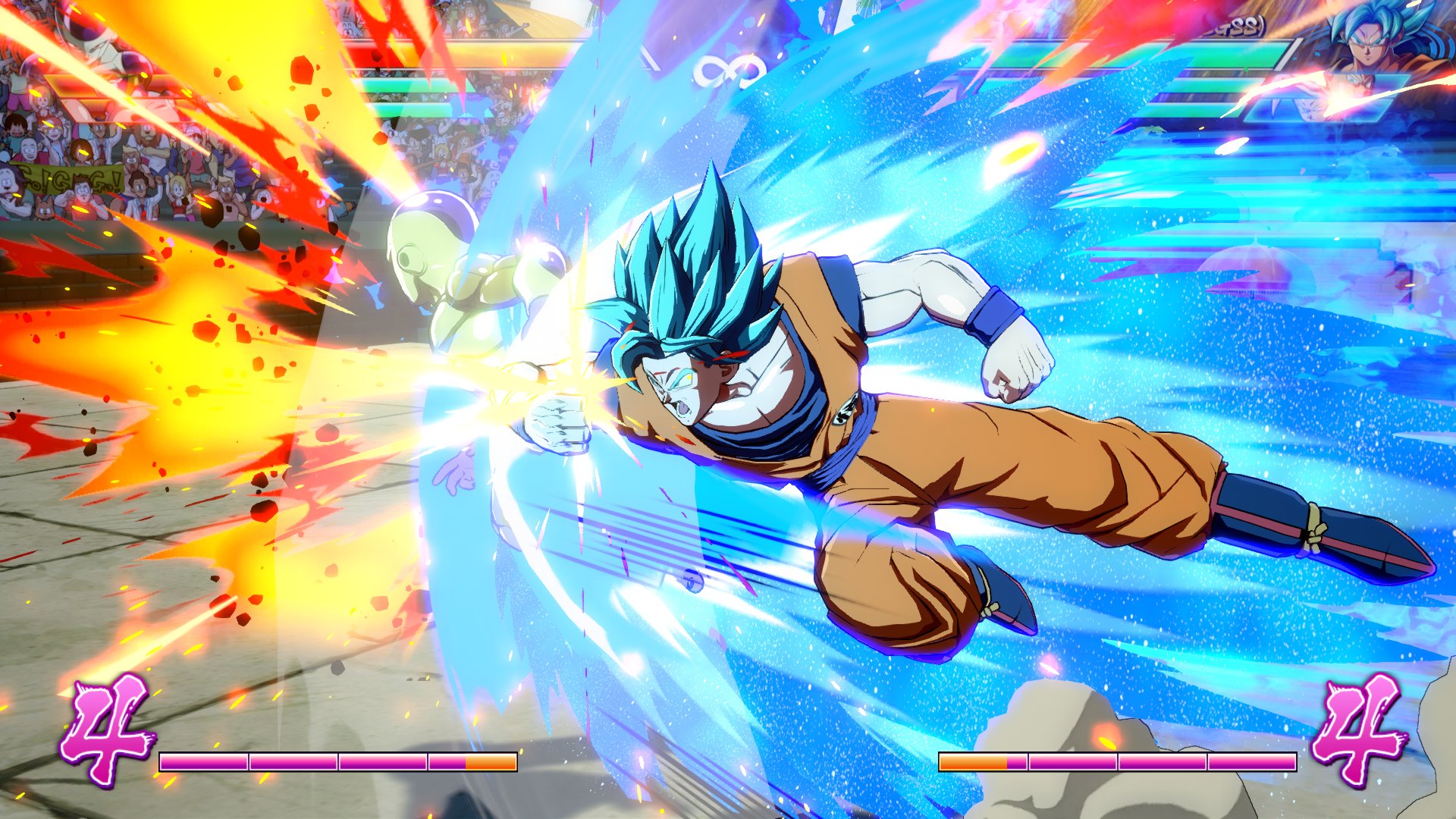 "The best Dragon Ball game there's ever been - and arguably one of the best licensed games ever."

Dragon Ball is perfect for fighting, too. While the series has seen its share of 3D fighters, as far as I'm concerned those floating-in-mid-air arena battles always looked a bit naff. By focusing on fighting from a 2D perspective Namco and ArcSys allow the hallmarks of the series to shine, with flashy special moves and cinematic camera angles all designed to wring every last drop of nostalgia from Dragon Ball fans - with those same scenes so well crafted that they might even imprint on first-timers in the same way the original show did.

While Marvel vs. Capcom Infinite presented a two-on-two design that was a throwback to Capcom's earliest 'Versus series' games, Dragon Ball FighterZ owes a fair few of its mechanics to Marvel vs. Capcom 3. It features similar three-on-three battles, incredibly similar control structures and basic universal combo systems, and maintains the combo-heavy character-tagging combat that series is known for. In many ways FighterZ is a better Marvel vs. Capcom successor than the solid but deeply flawed Infinite, and that's something that would've been difficult to predict just a year ago. Both offer up good mechanics, but polish and breadth of content make all the difference - FighterZ feels like a complete product with a shiny, welcoming finish where Marvel felt muddled and rushed.

Everything about this has been sufficiently given a Dragon Ball touch, however. The multi-level super meters can be charged up with a Ki Charge move where your character stands and powers up just as they do repeatedly in the show, while the titular Dragon Balls make an appearance as a system that exists to encourage and reward showy multi-hit combos - and the game is built to allow for really creative combo construction.

It's not really a brave reinvention of the combo-heavy tag fighter but instead a pleasing refinement of the genre. In-theme touches to make the game feel more like Dragon Ball combine with some typically ArcSys tweaks to offer a little more depth, and the end result is a satisfying battle system where it feels like every hit has proper weight and impact and every combo, no matter how outlandish, feels fully earned. 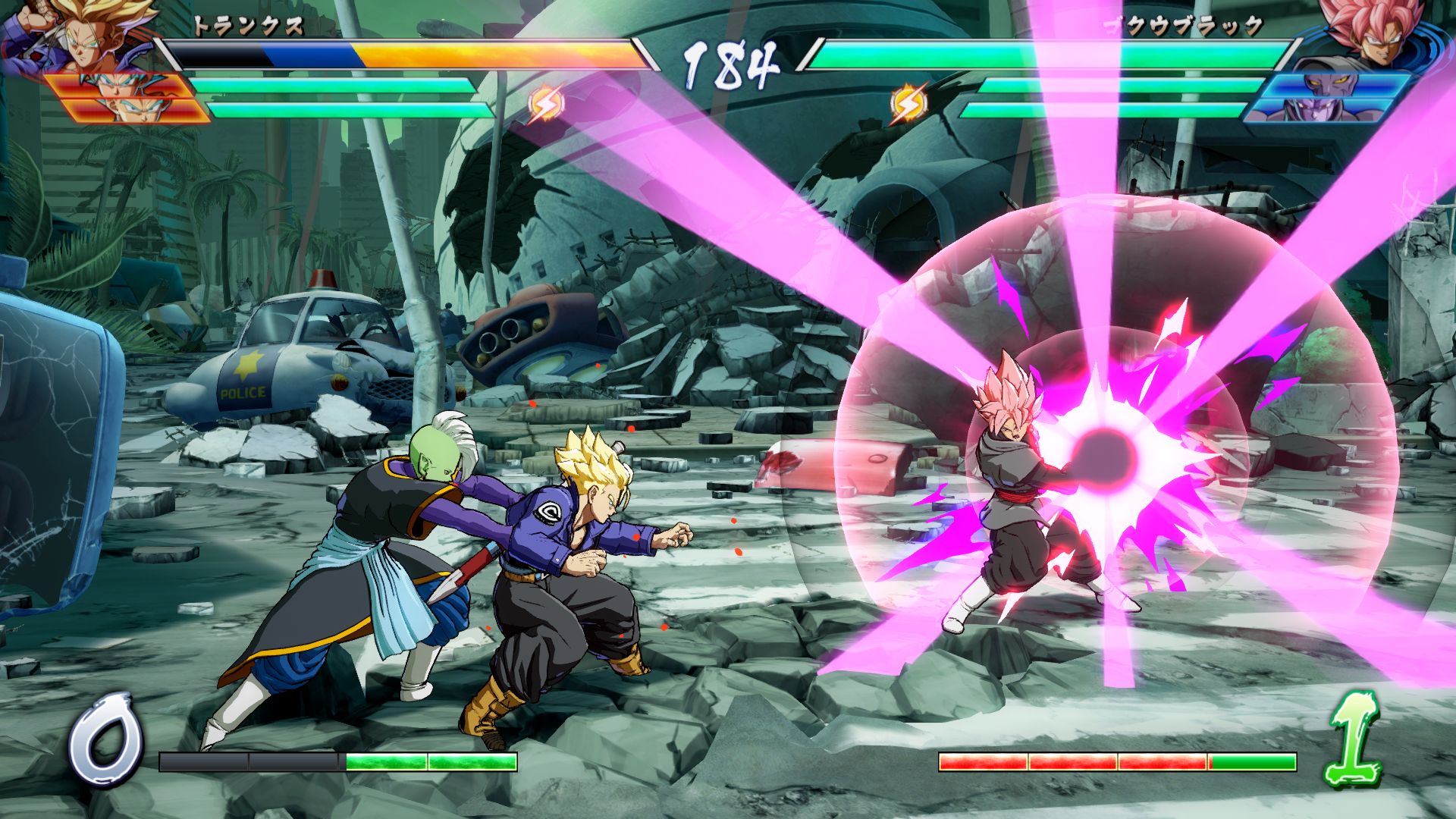 There's a flip side to all this - and that's that this isn't an easy game to master. While Dragon Ball FighterZ offers up an impressive suite of single-player options the game isn't the best at preparing new players for multiplayer matches, and so it's no surprise to see social media posts from complete newbies who happily breezed through the story bemoaning their fifty-match losing streak.

Dragon Ball FighterZ is the ultimate expression of the fighting game mantra of a low barrier to entry and a high ceiling for mastery - and that brings with it positives and negatives both. Accessible easy-input combos can only take you so far, and Dragon Ball doesn't do much beyond provide a training mode for grinding to help players bridge the gap.

"In many ways FighterZ is a better Marvel vs. Capcom successor than the solid but deeply flawed Infinite."

The stuff that's there for casual players is great, mind. There's a nostalgia-driven full cinematic story mode that plays out like a Dragon Ball greatest hits, rammed with fanservice and of a decent length that neither feels short nor outstays its welcome too much - vital given that much of the story is spent fighting character clone drones. Dragon Ball fans will love the exposition and the chance to relive some iconic scenes from the show.

FighterZ also features a full arcade mode, a full suite of online options and a cute lobby system where you steer around a chibi version of your character of choice, moving to different structures, characters and buildings to enter associated modes. I honestly find this entirely unnecessary and a little bit annoying, but somebody less focused on fighting is likely to find it gives them a welcome breather from combos and supers. 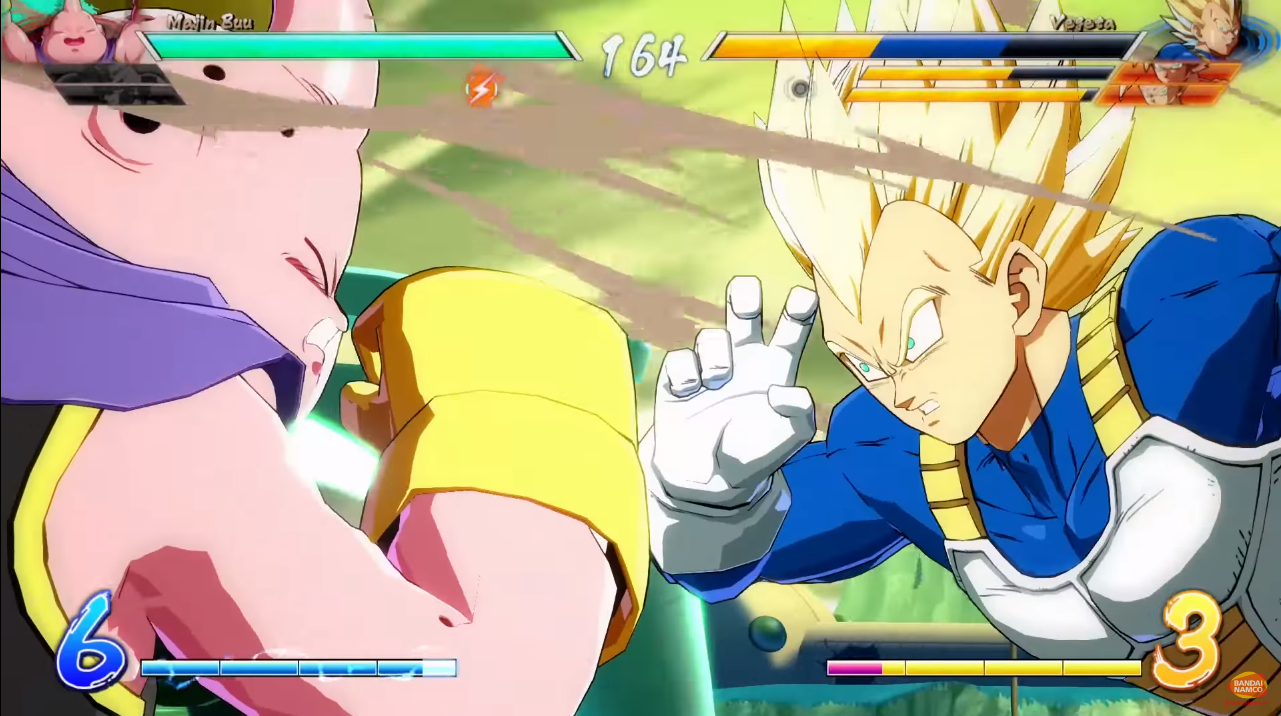 It'd be amiss to not mention the game features a loot box system for cosmetic upgrades for the lobby area and your player profile, but none of it asks for any real cash - it honestly all feels quite innocent and agreeable.

What's most impressive about Dragon Ball FighterZ is how it looks and feels. Its 3D character models are shaded and colored in such a way that they become near indistinguishable from the animated show they're based off - at least until you see them side-by-side. When placed next to each other it becomes clear that FighterZ actually looks better than a lot of the show, especially the older stuff, but the important thing is that it looks how you remember. It looks like Dragon Ball - it ends up feeling like you're playing the show.

That last part, the feeling, is the clincher. It plays like Dragon Ball. While it plainly owes a lot to MVC3, Dragon Ball FighterZ manages to strike a balance between tag versus fighter ideas and the iconic imagery and designs of its license to create the best Dragon Ball game there's ever been - and arguably one of the best licensed games ever.