Destiny 2 is all about loot. Come get yours, cunning Warlocks.

Warlocks are the trickiest class in Destiny 2, taking advantage of intricate builds and rewarding skilled play. Your Exotic armour choice makes a huge difference to how your Warlock will play; luckily, we have all the details right here on what each piece does.

Looking for a specific non-Exotic armour set to craft a perfect build? Check out our list of Legendary Restorative, Heavy and Mobile Warlock armour sets and where to find them.

Canonically, Warlocks are the most cerebral of the three classes, being scholars and mages with a deep mystical connection to the Traveller. Perhaps that's why they benefit from so many Exotic helmets, a couple of which are old favourites.

Eye of Another World

The Stag [Curse of Osiris] 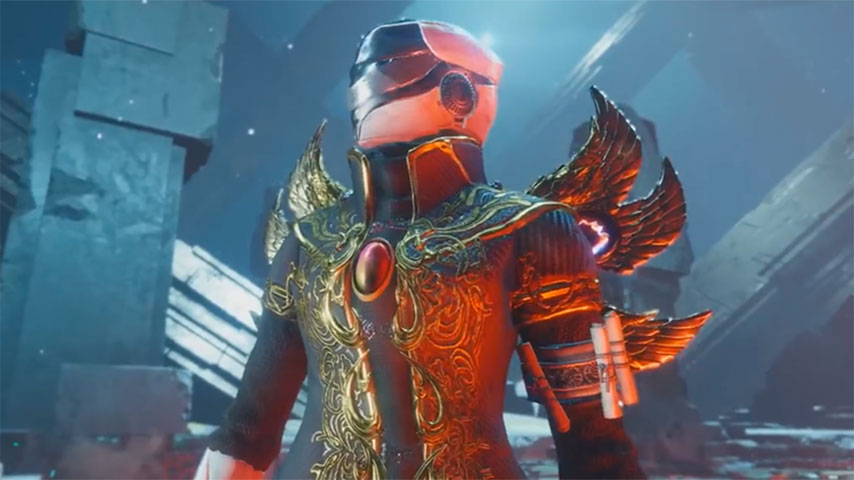 Warlocks aren't allowed to wear much armour because it ruins their silhouette when they're posing dramatically and thinking about their ineffable sadness, or whatever. The point is, you don't pick a class with mandatory flowing trench coats and then ruin it with steel plate. There are only three chest armour Exotics for Warlocks, but they're generally very beautiful.

Vesper of Radius [Curse of Osiris]

Every Warlock thinks they're Dr Strange but that open palm slap is not exactly finger gymnastics. Space magic! Get a gun like the rest of us. Why would they, though, with this selection of five Exotics gauntlet sets to choose from?

Do Warlocks actually wear trousers under there? They must do or every time they went flying around in that embarrassingly floaty way they do we'd all be mortified. There are only two Exotic leg armour sets for Warlocks though, because they're hard to see, and one makes its return from D1.

We'll keep updating as more Warlock Exotics come to light in Destiny 2 and its add-ons.