Nvidia has released a new Cyberpunk 2077 video interview with CD Projekt Red developers, and it contains a new gameplay montage.

The Cyberpunk 2077 video features gameplay with DXR ray tracing and Nvidia DLSS, and goes into how these technologies make the environment more immersive.

It also goes into the difference ray tracing makes in the day/night cycle in the game and showcases many previously unrevealed scenes from the game.

With RTX on you can expect ray-traced reflections on every possible surface, improved shadows that naturally soften and sharpen, and illuminated buildings, shops, and streets with diffuse lighting.

CDP also updated their recommended system configurations for Cyberpunk 2077 to include the GPUs recommended to experience Night City with RTX. The GeForce RTX 3070 is the official recommended GPU for ray tracing.

Also, you can play the game at release via GeForce Now, Nvidia's cloud gaming service.

Cyberpunk 2077 releases on December 10. If you missed yesterday's video bonanza, hit up the link. 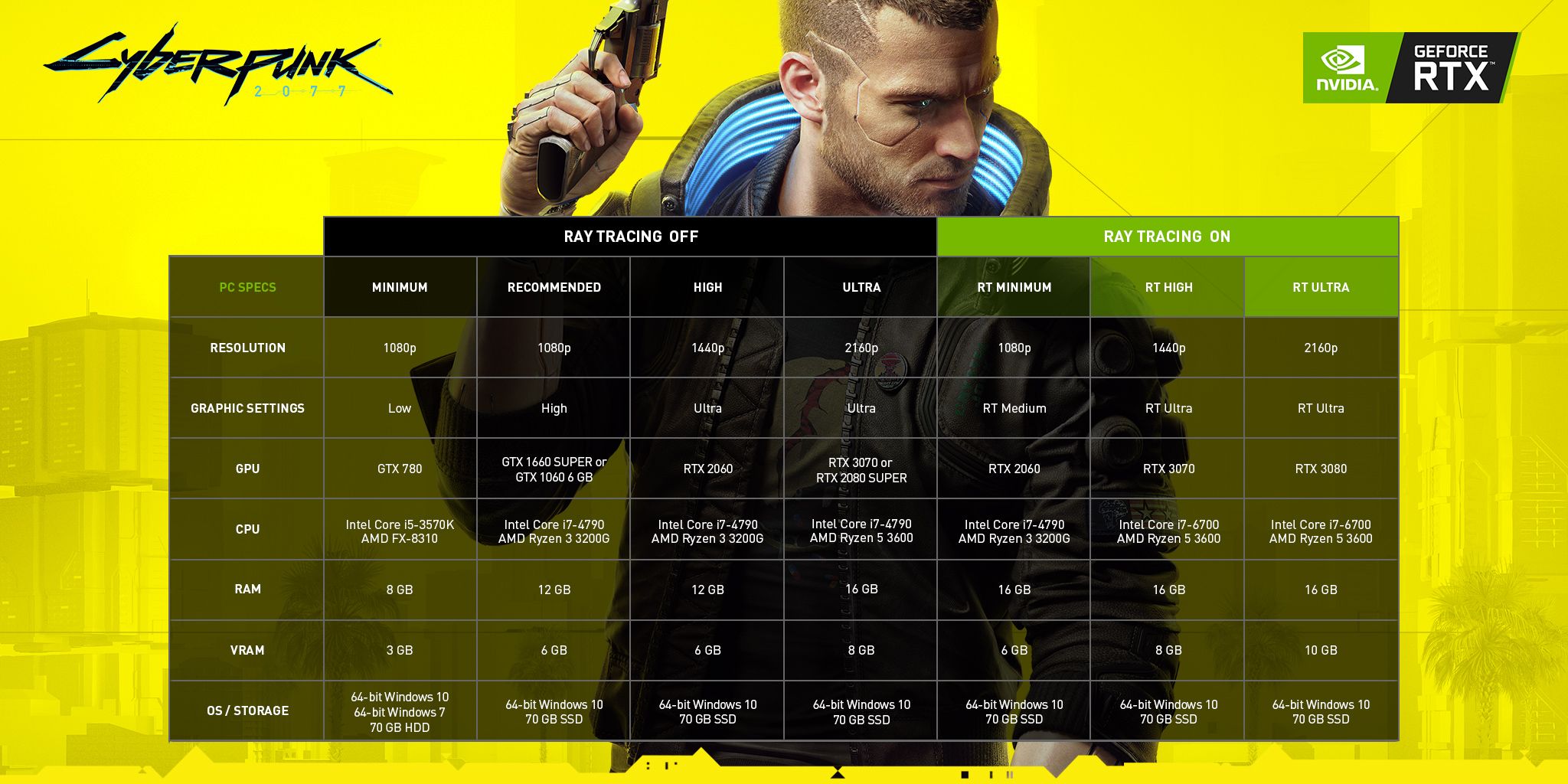