The Cyberpunk 2077 gameplay demo has been upgraded to 8K using a machine learning AI upscale.

The refurbished demo was shared on YouTube, and is a fan-made project not affiliated with official CD Projekt Red channels. You can check out the full 8K Cyberpunk 2077 gameplay demo in the video embedded below.

It's impressive, but apparently required quite a bit of heavy lifting from the AI coordinator. "This took approximately 71 hours to render on an RTX 2080 TI/ NVME SSD/ i7 9700K PC Build," reads the video description.

"I will be uploading the 2019 Deep Dive 8K Upscaled & more as we inch towards June and more of the updated game is shown to the public," the poster continues, so you can expect more Cyberpunk 2077 8K footage in the coming months.

The poster also shared the video on Reddit, where they linked the full, uncompressed video for anyone interested in downloading it. There's a catch, though: it's 60GB.

Other fans are less enthused by the video, pointing out that an AI can only accomplish so much even with an 8K upscale. "The original video was recorded at 1080p, so an 8K upscale from a 4K source won't do much, even with AI shenanigans," writes one poster. While it may be true that the capacity for AI to improve video quality is limited, the results are still evidently visible in the 8K render. 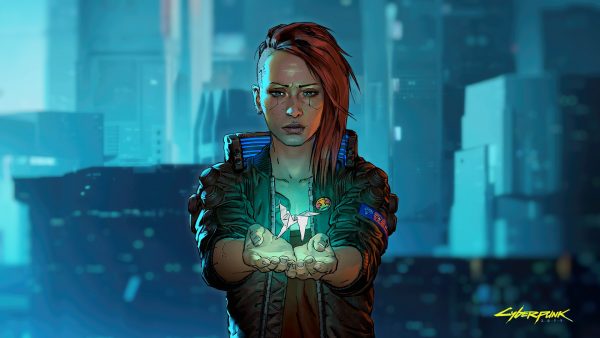 In other Cyberpunk news, CD Projekt Red's upcoming blockbuster recently received an 18+ rating for sex, drugs, and death. If you're hungry for more info, check out these Cyberpunk gang logos, this 3D model of Cyberpunk's Night City, or just reinstall The Witcher 3, which sold about as well last year as it did at launch.

If you do actually end up taking a spin back to Novigrad, here are all the best Witcher 3 mods you should install.