Activision didn't expect Crash Bandicoot N. Sane Trilogy to do as well as it has, and it opened the company's eyes on the potential its back catalogue can have.

The game remained at the top spot of the UK charts for five weeks, and charted fourth in the June NPD despite being available for only two days that month.

Most recently, Sony revealed that the game topped both the Europe and North American PlayStation Store sales for July. Activision was kind of caught by surprise, even though the company expected it to do well.

Speaking on a call to investors following last night's earnings release, CEO Eric Hirshberg pointed out that Crash did much better than anyone could have expected.

"... we had no idea – it's hard to tell whether that's a vocal minority or whether that's a real mass audience until you put something out there. And Crash has surpassed all of our expectations by a pretty wide margin," Hirshberg said.

Hirshberg added that other similar projects based on IPs owned by Activision are being considered, and pointed out that this wasn't the company's first success with nostalgic remasters, citing Modern Warfare Remastered, and Black Ops 3's Zombies Chronicles DLC as examples of other successes. 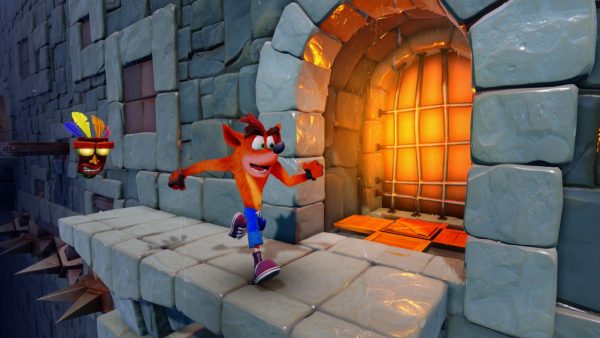 "So this is a strategy that clearly has our attention, and while there are no new announcements today, I think you can be confident that there will be more activity like this in the future with more great IP," said Hirshberg.

"The other opportunity beyond remaster[s] is to look at some of our classic IP and ask whether or not it could be reborn on a new platform like what we're going with Skylanders on mobile."

Crash Bandicoot N. Sane Trilogy was only released on PS4, but there are rumours that it may soon come to Xbox One. Activision owns the Crash IP, despite the originals being PlayStation exclusives.