Call of Duty: Ghosts offers up another campaign of high-octane military thrills, spills and noise, but does it stack up nicely with the rest of the series? VG247's Dave Cook finished it and has this to say. 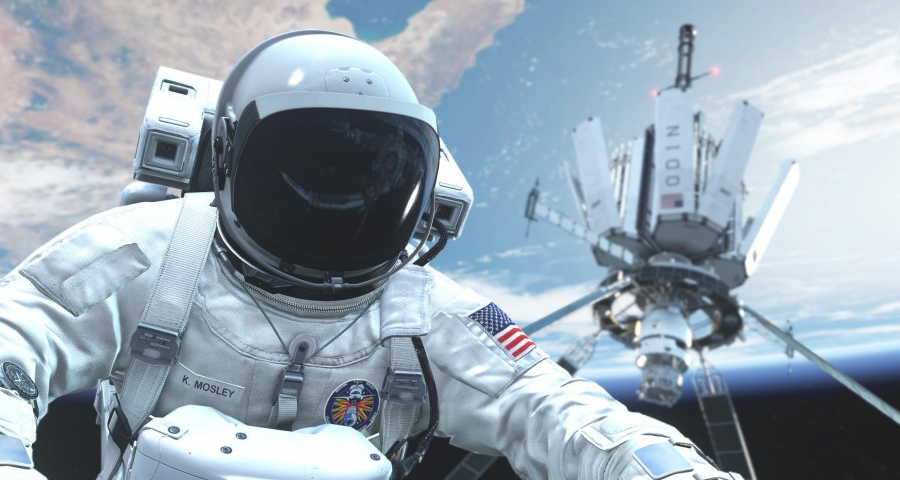 Check out my Call of Duty: Ghosts multiplayer opinion blog.

Watch me play the first ten minutes of the Call of Duty: Ghosts campaign through the link.

You can also watch me play a round of Team Deathmatch in my Call of Duty: Ghosts multiplayer video.

Get ahead of Rorke and his personal army in our Call of Duty: Ghosts campaign guide.

Each single-player component in these games has as much subtlety as someone trying to three-point park an M1 Abrams tank into a disabled parking spot down your local Tesco. They're an explosive kick to the balls that peppers a fluid, movie-like corridor format with moments of sheer, audacious nonsense that assaults the senses. For fans of action movies, it's the dream ticket, but for those looking for real depth it's maddening. In this regard, Call of Duty: Ghosts could be the maddest entry yet.

I'll address the corridor format first. I never really had a problem with this in previous Call of Duty campaigns. It's a way for the developer to maintain full control over the ebb and flow of the action using subtle visual mechanics and pacing techniques. Consider the exemplary flow of Infinity Ward's Call of Duty 4: Modern Warfare campaign. Do you really feel that the pacing of marquee missions "All Ghillied Up," and "One Shot, One Kill," would have been attainable if you were allowed to meander the Russian thicket at your own pace? No, of course not.

But where the original Modern Warfare hurled pangs of excitement and anxiety at the player with surgical precision at just the right moments, Call of Duty: Ghosts slumps back into a formulaic shopping list of predictability. Most missions start off calm or stealthy, the mid-game sees your team gaining ground, and then the final third typically culminates with an insane gun battle, a collapsing dam or toppling skyscraper. You can set your watch by it.

Is this entirely terrible? Not necessarily, as the sheer spectacle of Infinity Ward's set pieces will most certainly grip those ingratiated into the action fold. If you enjoy your slaughter wanton and your guns discharged into the faces of men then you'll enjoy an evening or two sprinting through the studio's elaborately designed game of military Mouse Trap. Just follows the squares and enjoy the visual bonuses as they're doled out to you. It's simple, undemanding nonsense, but it could be considered enjoyable nonsense if you're so inclined.

I enjoyed some moments of the campaign, but all too often it fell into that old trap of following your superior, stacking up behind doors, running ahead of your chums while being told to "keep up," and following commands like a dutiful lapdog. Riley, the actual dog seems to have more freedom than you do. At least he gets to take down a chopper with his teeth. Speaking of which, the inclusion of Ghost Squad's canine pal isn't much to write home about. It follows human instructions with more precision than an animal should and is only controllable in a few levels.

We're at a point in Call of Duty's life-span where change is needed. I'm not going to sugar coat this issue as a fan, because it's blatantly apparent in the narrative. It sees America vapourised by an orbital strike satellite dubbed 'ODIN,' and the plot kicks in ten years later, where the entire country has regressed into a post-apocalyptic state akin to The Last of Us. That is a very different prospect to previous campaigns, but all too quickly the red, white and blue-tinted contact lenses are popped in and the hokum starts. 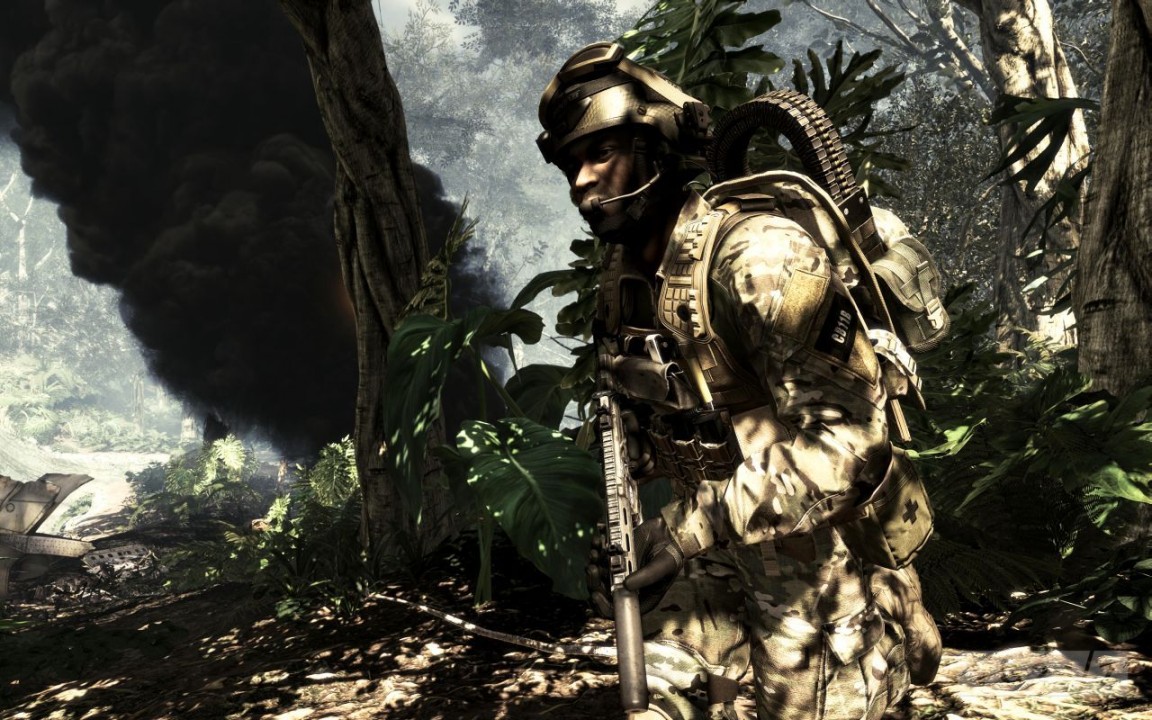 The idea is that the South American states have converged to form The Federation, a millions-strong army hell bent on eradicating the North under the command of former Ghost Squad member Rorke. It all started because of oil. Naturally, we get the same old notions of patriotism and brotherhood that have laced previous instalments, but here they feel off-kilter due to just how severely battered North America has become. There was a great foundation to tell a real, deep story here based on the loose Homefront template, but all too quickly it becomes an A-Team spin-off.

Your character Logan and his brother Hesh hop in a vehicle then set off across South America in search of Rorke and to stop his nefarious schemes. Across each of the 18 missions you leave an incredible destruction trail, and there were moments I stopped to consider what - exactly - I was doing. There's one mission that sees you scuba diving through ship wreckage while shooting fellow swimmers and dodging sharks. Why? Because sharks are cool. Another sees you fighting on the streets of Caracas while a damn collapses and floods the streets. Why? Because mass destruction is cool.

You'll blow up an oil rig because it looks cool. There's a big gun fight in space because its cool. There's even a plane hi-jacking that mercilessly rips off The Dark Knight Rises. Why? Because Batman is fucking cool. It's a straight line with tons of cool moments that exist simply because they look, sound and feel cool. Seriously, fighting inside a toppling skyscraper above a neon-lit city looks properly ace, but all too often I didn't really believe in the context. The final third suffers from this more than previous missions, which at least have tangible meaning in the narrative.

After Call of Duty: Black Ops 2 offered expansion with multiple branches, moral choices and other neat little glimpses of freedom behind those napalm-laced prison bars, Ghosts - like its multiplayer - takes a step back. If the notion of Treyarch's shooter offering freedom tickles your funny bone, you really need to look at the post-campaign report to see just how many subtle parameters and options there really are. There's actually a lot. So while the walls of Infinity Ward's corridor have started to close in to the point of eye-bulging restriction, their ability to dress it up with madness has increased. It's just a shame I never truly felt in control of it.

Disclosure: To assist in writing this article, Activision sent Dave a copy of Call of Duty: Ghosts on Xbox 360.