Bioshock Infinite designer Ken Levine has released details of the game's Ultimate Songbird and Premium Editions. In a post on the Irrational Games blog, Levine describes the process of coming up with these special versions.

"Imagine you get to work with Robb Waters, the concept artist who visualized the cover of System Shock. The Trickster in Thief. Man-Bot in Freedom Force. BioShock’s Little Sisters. Sander Cohen. And BioShock Infinite’s Songbird."

"Now imagine you can get him to personally conceive and oversee the production of the coolest statue in the world."

"Then imagine we put that huge sucker in a period-style box, with custom artwork by Robb and Irrational concept artist Jorge Lacera. And that box went IN the collector’s edition box so you could leave that guy unpunched in his original packaging while you tear happily into the rest of the goodies." 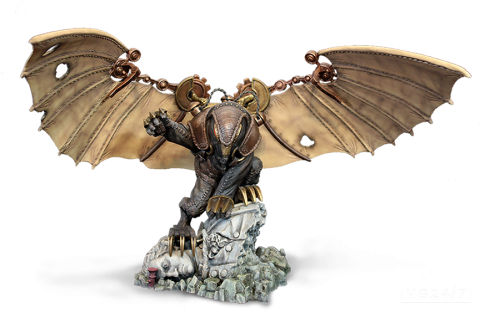 If you don't want to fork out $149.99 for that, the Premium Edition will cost $79.99 and also includes plenty of interesting memorabilia. Players can look forward to the following:

All of this will also ship with the Ultimate Songbird edition, you just don't get the cool statue.

Both editions are available in limited quantities and can be pre-ordered here.