Bethesda recently confirmed that people who own Doom Eternal and The Elder Scrolls Online for current-gen consoles will receive next-gen upgrades of both games free of charge.

"We are delighted to announce that The Elder Scrolls Online and Doom Eternal are coming to Xbox Series X and PlayStation 5," Bethesda said in a press release sent via email.

"Players who own or purchase either title on Xbox One or PlayStation 4 will be able to upgrade for free to the Xbox Series X and PlayStation 5 versions respectively, when those versions are available," the press release continues. "Additionally, our teams are working hard to ensure both titles will support backwards compatibility when the new consoles launch." 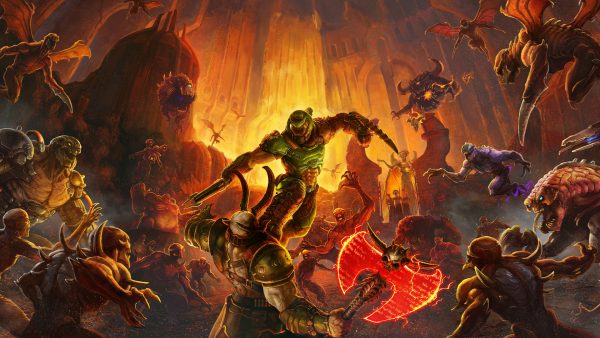 Bethesda also mentioned that it has more information to share over the next few weeks on Doom Eternal and The Elder Scrolls Online coming to Xbox Series X and PS5, including release dates and a list of planned next-gen enhancements.

"While we don’t have any news to share just yet on our remaining catalogue of titles, we can confirm we are committed to offer free upgrades for current generation console owners of existing Bethesda titles we bring forward into the next generation of consoles," the press release reads.

Are we getting a Skyrim reveal for Xbox Series X and PS5? Judging by that wording, coupled with Skyrim's history of being ported to literally every machine in history, it seems possible.

In related news, QuakeCon is going virtual this year, and will take place from August 7 to August 9. The schedule includes talks on Fallout 76, The Elder Scrolls Online, Dishonored, Doom Eternal, and will apparently feature lots of other panels and announcements, too (like Skyrim getting announced as a free upgrade for next-gen, maybe).

You can tune in to QuakeCon over at Twitch, where all the latest Bethesda announcements will be livestreamed over the weekend. Fingers crossed for Dishonored news.