An alleged advertisement for Battlefield 4 suggests players will be able to play as women in the multiplayer side of DICE's new shooter. Update: EA has gently debunked this delightful myth.

The ad, posted by Evil Avatar but unsourced, says players wil be able to customise their multiplayer character by "choosing among a large number of options, including gender and facial features".

The rest of the text is fairly boilerplate, but mentions a couple of specific awards and unlocks - artillery support, scans and mobile spawn points. It also references five new classes and "the new injuries and suppression system".

Naturally, we asked EA if it's legitimate; after publication, they wrote back to inform us that the ad is not actually legit. Dang.

Battlefield 4 is expected on PC, PS3, PS4, Xbox 360 and Xbox One, with current-gen release scheduled for late October and early November and next-gen to be announced. Now that both new consoles have been revealed, we can probably expect a lot more information about the anticipated shooter sequel soon. 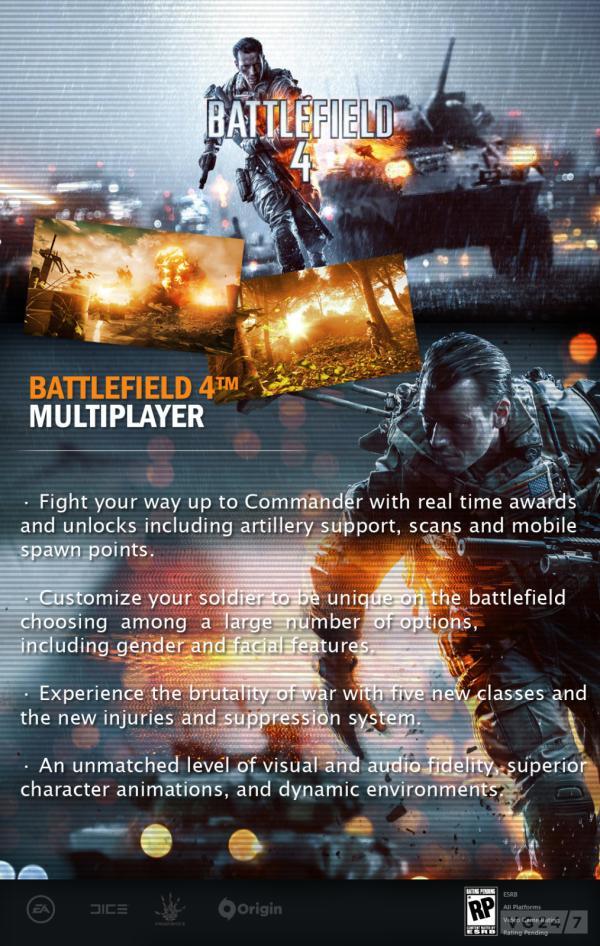