With Warner Bros seemingly confirming that a new Batman game is on the way in 2020, * fans everywhere have been preparing themselves for whatever is perching in the darkness, just out of sight. A little bit more digging points towards a tie-in with the Court Of Owls, which in itself brings up a lot of questions.

As opposed to the Joker, Penguin, or even Mr Freeze who have all appeared in the Arkham franchise up to this point, the Court Of Owls isn’t really an entity too many outside of the hardcore crowd know about. They’ve certainly been involved in plenty of iconic Batman stories, but if you made a movie about them it’s not going to get 11 Oscar nominations and send Twitter into a meltdown. At best it would get a few smiles from those who went in with an open mind.

Video games are different, of course, and if WB Montreal has decided to go this route it could be more interesting than some of the subjects it’s tackled before. The first thing that jumps to mind is that Arkham 4 (or 5 if you count Origins which seems to be a contentious issue) could decide to be far more detective-heavy than its predecessors. That wouldn’t be a misstep either because whatever is next for the series needs to separate itself somewhat from the pack. Asylum, City, and Knight had a very strong thread running through them when it came to the mechanics, but that was five years ago. There’s no point trying to jump back on the train. 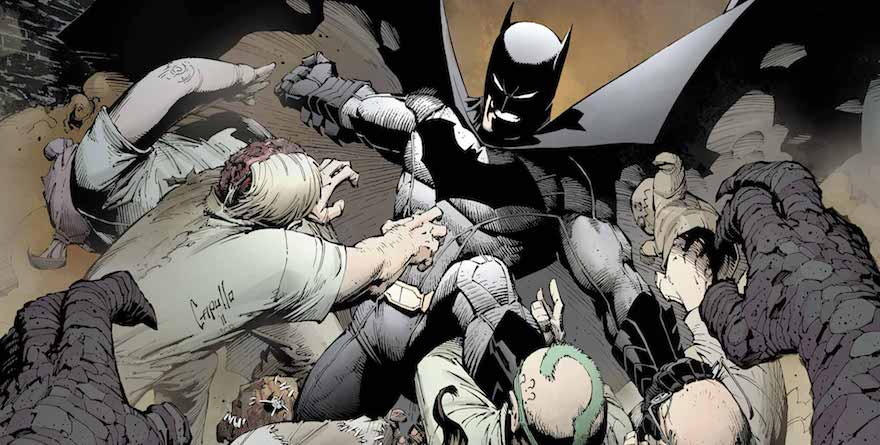 That’s why a more cerebral approach is required. For those who would like to know, The Court Of Owls is a secret organisation that lives in and amongst Gotham and has, supposedly, controlled the city for decades. Much like Carmine Falcone’s portrayal in Batman Begins, the idea is that even high-ranking officials and the police force are working alongside the Court, even if you’d never realise from the outside. There’s even a nursery rhyme that children in Bruce Wayne’s hometown sing, which sums up this feeling that it’s nothing more than an old wives’ tale. Little do they know...

Beware The Court of Owls
That watches all the time
Ruling Gotham from a shadow perch
Behind granite and lime
They watch you at your hearth
They watch you in your bed, speak not a whispered word of them
Or they'll send The Talon for your head

Instantly this triggers the question of who or what is ‘The Talon’ but it’s small nuggets like this that make it so rife for a game. The Court’s main objective is to always be in control of Gotham without ever being more than a myth to those who would seek to destroy them. This means a certain amount of manipulation has to happen behind the scenes, which is where Talons come into play. Essentially trained assassins that are responsible for doing the group’s bidding, some are – as ever – more powerful than others, but that’s an area WB Montreal could easily manipulate.

While in previous games the concept of Batman taking on multiple foes has been leaned upon, here it could be far more focused. Instead of jumping from famous villain to famous villain, The Dark Knight would have to infiltrate the Court at its lowest level before making his way up the chain. You can only do that with brainpower and gadgets, in a twist on Shadow of Mordor’s Nemesis system. Throw in that some of its members are rumoured to be actual human/owl hybrids and you even have one of your early bosses. Being this is an Arkham title I’m sure you’d be encouraged to make them accidentally run into a wall before you go on the attack, but it would be a great way to introduce this twist while also making the game far darker than its predecessors. If you take it seriously and the artstyle is upsetting enough, this should leave you a little shaken.

In terms of why Bruce Wayne becomes such a target for the faction, well that’s obvious. He’s getting in the way. Obsessed with the hope that he can bring Gotham back to prominence – which is clear in nearly every Batman comic or movie ever made – The Court sentences him to death which is not good news for him. In fact, it’s bad news. Death isn’t great, you see. What’s interesting about that, however, is Bruce could take more of a central role. In certain narratives one of the earliest encounters Bruce has with The Owls is atop of Wayne Tower when a Talon named William Cobb tries to murder him. Naturally he survives, but it trickles over into his other persona who then starts to learn the shocking truth about how Gotham is really run.

Aside from being a brilliant story, it’s rife for being reworked as the next iteration in the Akrham-verse takes shape. WB Montreal has to understand it’s not giving us Two-Face again and that it’s an area which isn’t as accessible, but starting off with a near-death experience high in the sky as you fight as Bruce Wayne? I can see a lot of people buying in within the first ten minutes, even more so if you’re allowed to explore as both Bruce and Batman the further you get in. The best arcs usually balance this out.

It’s where the mentioned detective side of the gameplay could be expanded, too, and bring in other characters. It seems unfair to spoil what has happened in the greater universe just in case the studio does want to borrow an element of two from the madness, but from the murder of Wayne’s parents, to Dick Gryson, to Tim Drake, to Jason Todd, to Selina Kyle – they’ve all had pivotal roles that could easily be repeated when this rolls around. Not only would it send fanboys through the roof, but it’s a far more niche tale to tell. When you’re working on a franchise that came to life in 2009, I think that’s important, if not essential. 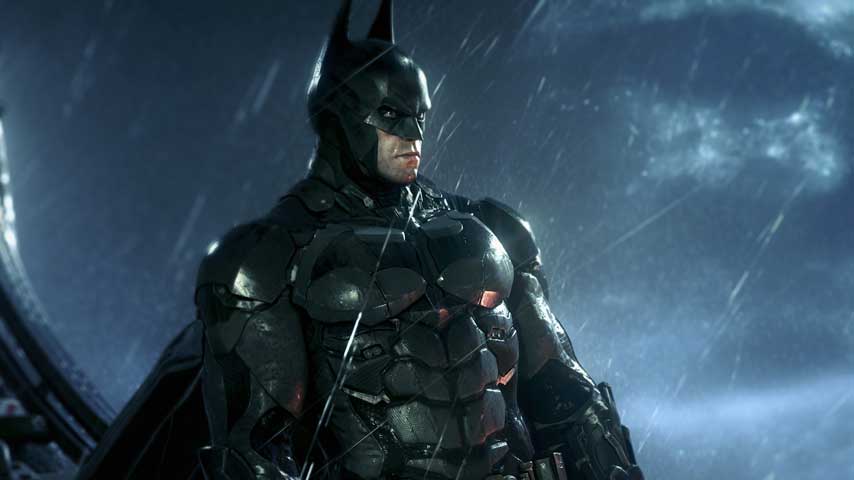 As daft as it may sound, there may even be worth in WB Montreal teaming up with another studio under Warner Bros’ watchful guise, that being IO. I’m not saying Agent 47 should be brushed over with Batman, but the idea of a semi-open world where there’s differing targets, each of who have varying levels of difficulty, ties into what The Court is no end. The fact that some of the more important faces will be members of Gotham’s government or even high-ranking police officials – which is where teaming with Jim Gordon would help, of course – and you have an intriguing template to build off without giving up too much of what Rocksteady has already introduced; the combat system, for example. If that gets changed I will personally cause the biggest fuss imaginable. Such is the way in modern times...

If nothing else, Arkham 2020 could also benefit from a new edge that not many would necessarily be expecting. With themes of immortality, rituals and straight-up eerie practices at the heart of The Owls, there’s no reason why whatever’s coming couldn’t have a more horror side to it. Anyone who’s played Batman VR will know how creepy the last section in that is, and to have the power of The Caped Crusader at your fingertips while also being scared to death is a pretty damn good atmosphere to aim for.

It subverts your expectations, which by and large is what The Court Of Owls could do as well. What seems like your usual crime gang soon becomes part of something much larger, and that told in a game where escalation and paranoia is crucial to proceedings is not a bad direction for WB Montreal to head. In many ways it could be the only direction given how beloved the originals are. You have to dare to do something different. 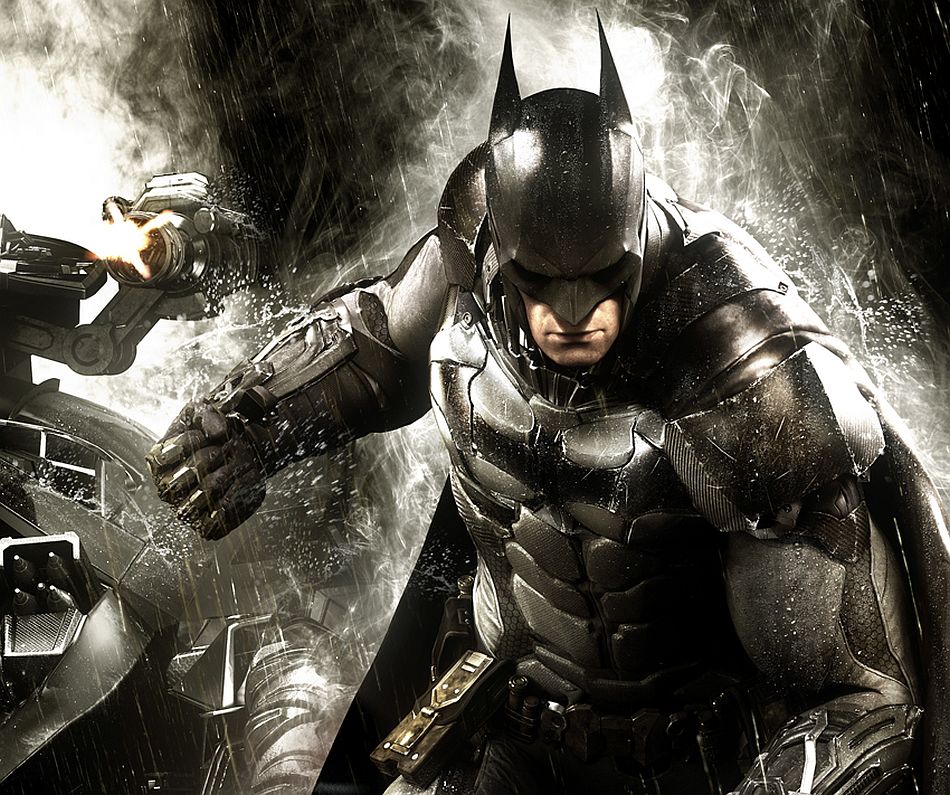 There’s every chance this turns out to be a red herring and instead we’re going to just see Batman bash The Joker’s skull in again and that would be fine. There’s just a tremendous amount of potential by dipping your toe into the Court Of Owls, right down to ignoring me and my ideas written here and doing the opposite, or in short, aiming for a more clausaptophic experience like Asylum.

Arkham was used as The Clown Prince’s base of operations 11 years ago, and given that a very prominent story in the comics focused on a giant maze (or labyrinth) that was designed to entrap and kill Bruce Wayne… well it speaks for itself. Plonk him in the middle and simply say his goal is to escape. That could be flipping terrifying.

VG247 will have all the details when they drop, but for now you could do far worse than go and read up on the Court Of Owls and educate yourself. Then you’ll be ready. Or I will have wasted your time. Sorry.

*I am also without doubt one of these nerds...