Gulliver likes to travel, thus the name, but Animal Crossing's resident seagull is a bit of a diaster - and in New Horizons, he'll regularly get shipwrecked on your island.

In Animal Crossing: New Horizons, Gulliver washes up on the shores of the player's deserted island at random. There's no way to trigger this - when you're doing your daily rounds to do things like pick fruit and catch fish to sell to earn lots of money quickly, you'll occasionally just come across him. You can't miss him - old Gulliver will just be face-down in the sand on one of your beaches, and when you talk to him he'll just be blabbering on to himself. Like so:

When you first encounter Gulliver in Animal Crossing New Horizons, he won't exactly be very helpful. He'll be asleep on the shore, and if you talk to him a few times nothing will happen. You must be persistent: keep talking to Gulliver until he wakes up and becomes coherent. At this point, it'll kick off a side quest. 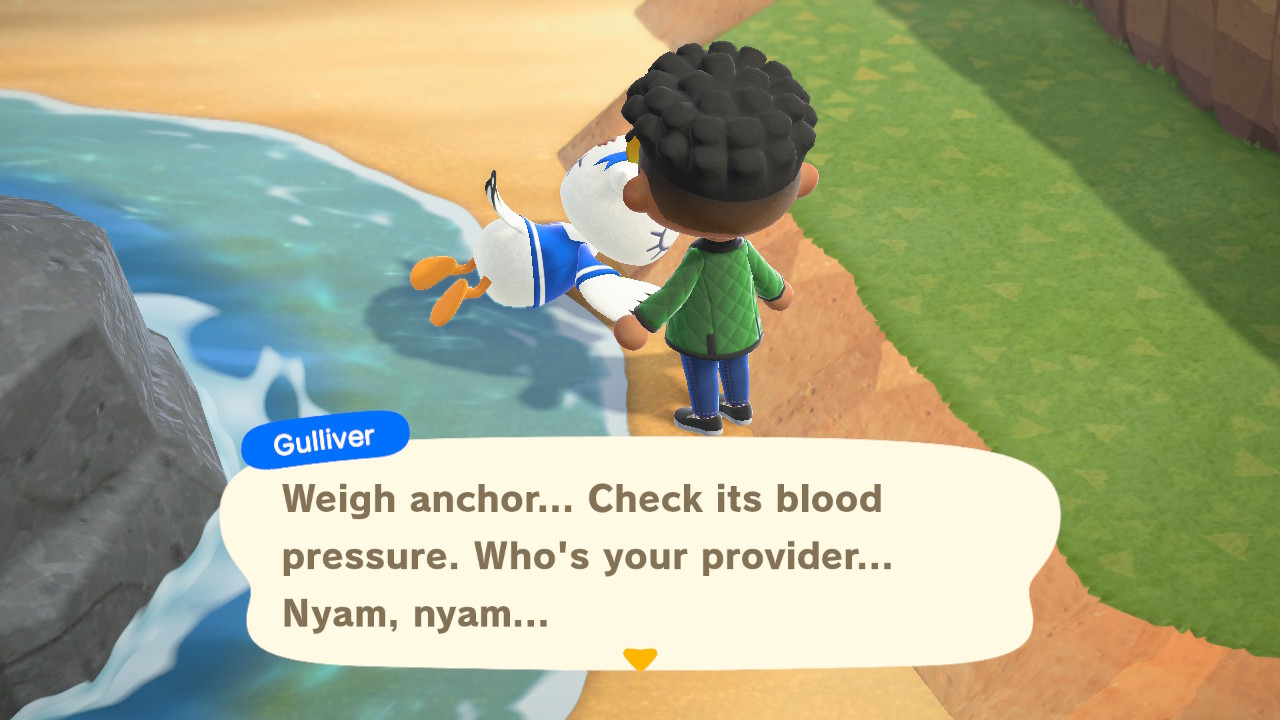 These Communicator parts are for Gulliver's phone - he basically needs to use these parts to repair his phone in order to call his buddies to hitch a ride off your island. Why doesn't he just borrow your phone, or go buy one from Tom Nook or one of the island shops? Listen, don't think about it too much.

Gulliver's parts will be hidden on the beach across the island. If you've been playing for a few days, you've probably now found Manila Clam - these little critters are used to craft Fish Bait, which is great for enticing better, rarer and more valuable fish. Anyway, Manila Clam are dug up on the beach using your shovel - you just have to look for little black spots on the beach that occasionally spit out water.

These spots are usually home to the Manila Clam, but they're also the telltale sign that one of Gulliver's Communicator Parts is present. Dig it up. There are five in total. Once you have all five, return to the shipwrecked seagull.

Gulliver will thank you and make the call to head home. The next day, check your mailbox outside your house - Gulliver will send you a letter of thanks which also includes an exclusive furniture item that you can't get anywhere else. Nice.