Now that this year’s Amazon Prime Day sale is out of the way, we can confidently say two of the biggest highlights from this year’s sale were the discounts on Returnal and Demon’s Souls, both of which could be picked up for less than $50 each. Thankfully, Demon’s Souls is still on sale.

While there were plenty of amazing Prime Day PS5 deals this year, Returnal and Demon’s Souls were definitely the highlights, reduced to $50 each.

They are, arguably, two of the very best games available on the PS5 at the moment. And as they carry an RRP of $70, this is the cheapest they’ve been yet.

Returnal, if you haven’t played it yet (and you really should), is a third-person roguelike developed by Housemarque. It’s the developer’s most ambitious title to date; one that does an incredible job of showcasing the PS5’s haptic feedback and 3D audio.

You’ll need a pair of headphones to experience the game’s spatial audio, but there were some great deals on gaming headsets in this year’s Prime Day sale too. The Astro A40 wired gaming headset with MixAmp Pro was down to $199, and the Razer Blackshark V2 gaming headset was just $75.99 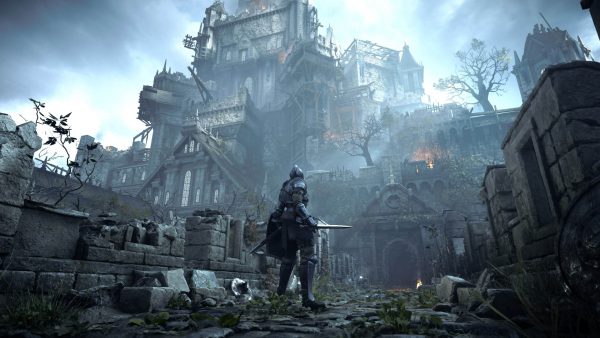 As equally punishing as Returnal is Demon’s Souls, a full remake of the first entry in the Souls series released on the PS3. It’s a must-have for anyone that owns a PS5, and while it may take some getting used to if this is your first time playing a Souls game, the pay-off is well worth it.

It’s worth noting that Demon’s Souls is another PS5 title that was built using 3D audio, so again, it’s best experienced with a pair of decent headphones.

Unlike Returnal, Demon’s Souls is still on sale at the time of writing. Grab it from the link below.

There were plenty of impressive deals on PS4 games too, but unfortunately, these have now ended. Final Fantasy VII Remake and Ghost of Tsushima were $29,99 each on Prime Day, but have gone up in price now.

You can still grab one of this year’s best co-op games, though.  It Takes Two is still £29.99 and can be played in local co-op or split-screen online.

If you’re gutted you missed out on these deals, there’s always Black Friday to look forward to! But the easiest thing you can do to make sure you always hear about the latest deals on PlayStation titles is to follow Jelly Deals on Twitter.