You’ve barely taken your first steps in the world of Biomutant before you’re presented with an earth shattering choice: Jagni or Myriad?

Despite being so early on in the game, your choice has wide-reaching ramifications for your entire adventure, setting you on the path towards one of Biomutant’s branching endings.

Should you ally with the Jagni or Myriad in Biomutant?

By this point in the game, Biomutant has introduced its Aura morality system.

Through your dialogue choices and actions, your character is either imbued with Light or Dark, depending on the outcome.

Essentially, your choice of Jagni or Myriad decides whether you want to stay in the virtuous Light, or head over to the Dark side.

Choosing to ally with the Myriad tribe will give you the ability to peacefully unite rival clans once you’ve defeated them. 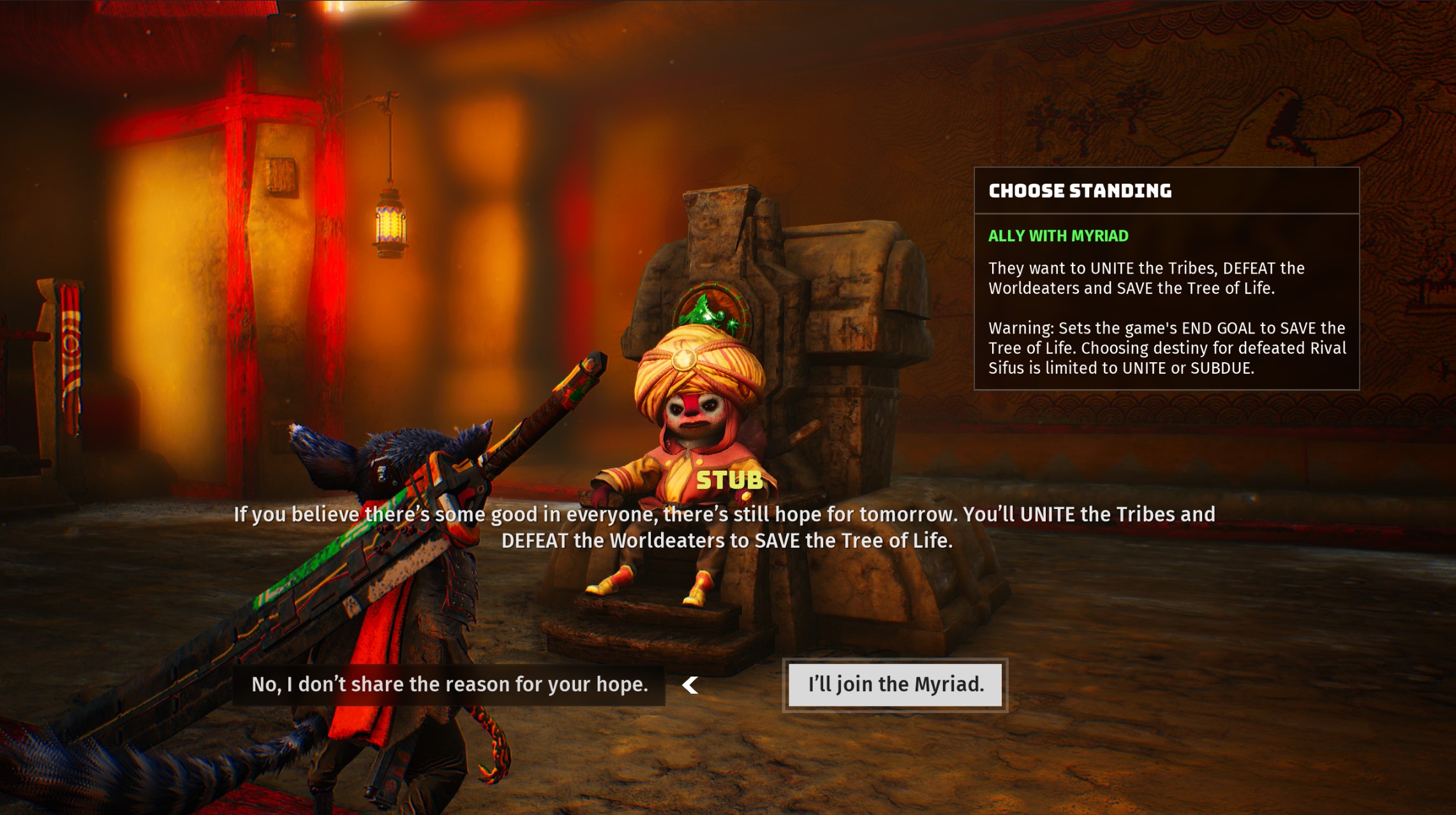 However, if you choose to ally with the Jagni, you will be able to permanently vanquish your defeated foes to further your own motives. 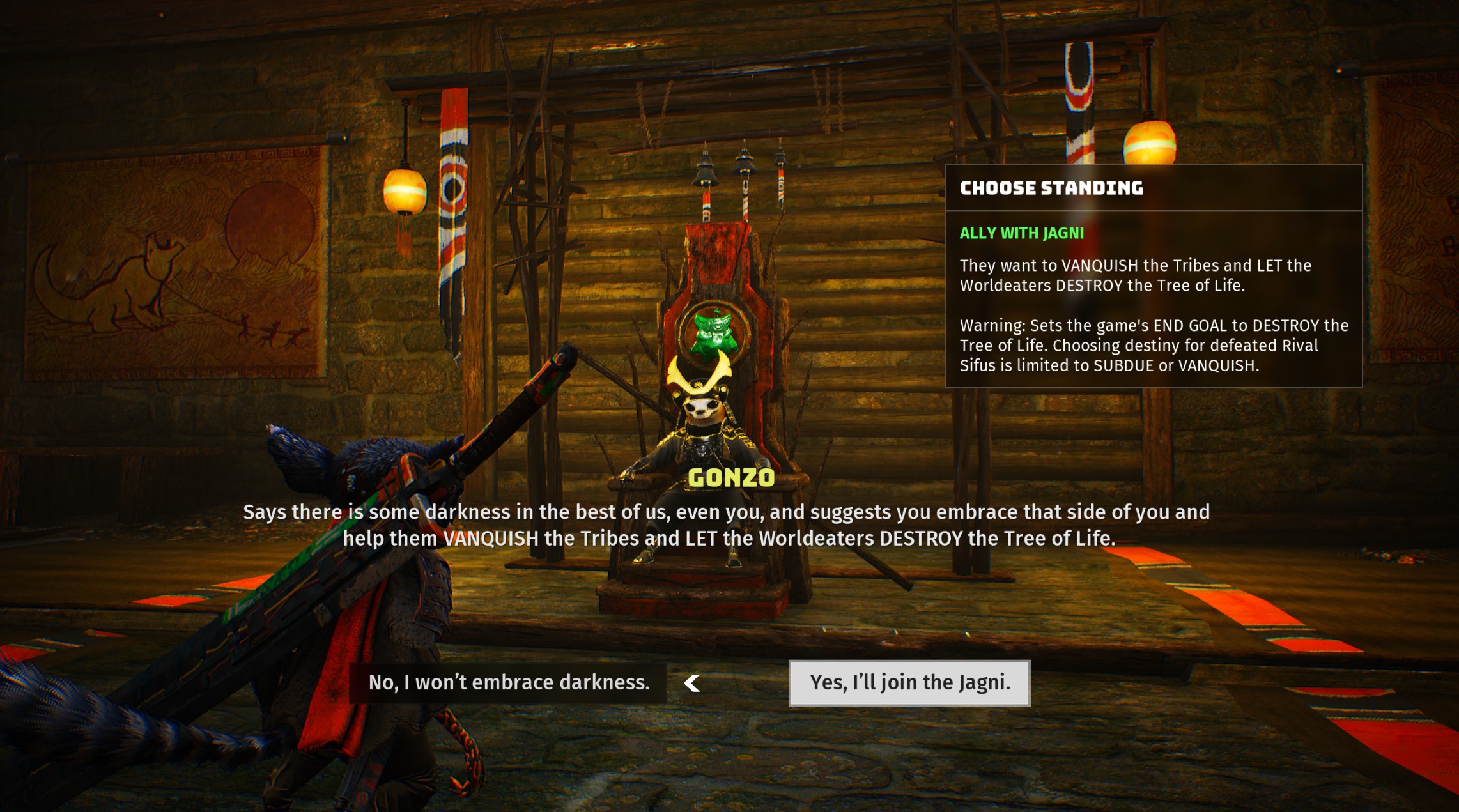 It’s not subtle which of the Jagni and Myriad is the “good” and which is the “evil”, but in the short term, you’ll still be trying to depose the leaders of nearby territories to claim their loot and loyalty.

If you visit either the Jagni or Myriad stronghold and choose not to ally with them, you’ll be thrown out on your behind and told to run off to the other.

When you finally do make your decision, the Sifu of the now rival clan will tell you that the only way of getting their special weapon and other loot is by defeating them, giving you a hint of what’s to come. 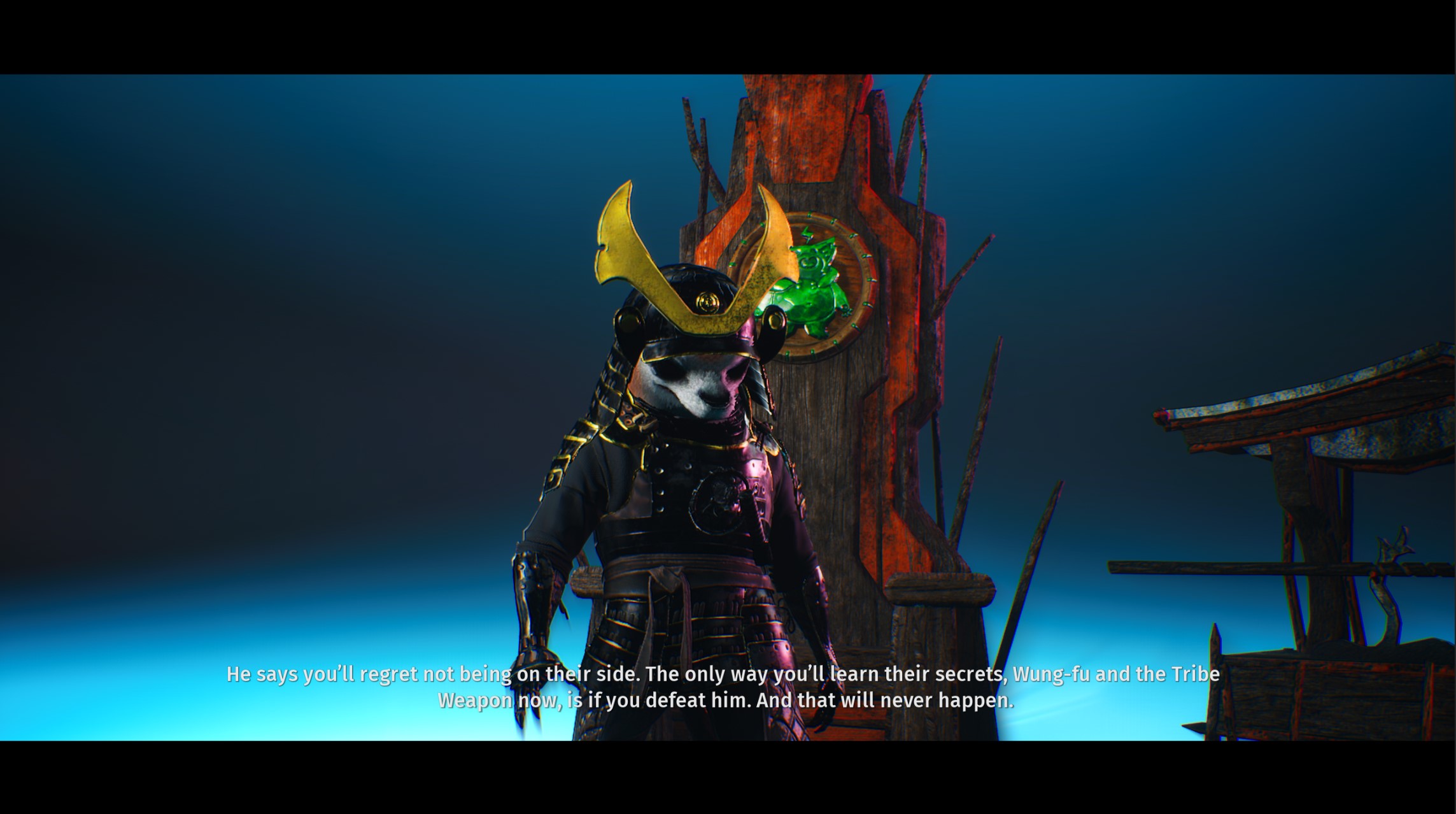 For more on Biomutant, here are our review impressions.

Or for more gameplay advice, here’s how to solve Rotation Puzzles in Biomutant, while we also have a page on the best breed and class for your playstyle.