We’re two months from the release of the new consoles, yet it already feels like Sony has won the generation.

For a while I thought this console generation would be different. Sony seemed to be floundering a little, barely saying anything about the PS5 while Microsoft pushed forward the narrative of the Xbox Series X being the most powerful console, Game Pass grew and grew, and huge acquisitions were made. Yet, even after snapping up Skyrim and Fallout dev/publisher Bethesda, now it’s hard to see how PlayStation won’t continue to lead by quite a margin – at least in powerful console space.

As I said elsewhere on the site, Microsoft has a lot to prove and isn’t doing much at the moment to calm fears, even though I’m pretty confident Xbox is in a far better position now than it was seven years ago. Sony, on the other hand, has stormed out of the gate with a string of superb PS5 games, a supposed less-powerful console that’s outperforming the on-paper more powerful machine, and importantly it has games that are known about and in-part dated.

Destruction All Stars, the competitive racing/running around game that got delayed from the PS5’s launch, arrives in February and is being included in PS +. It is a bonafide PS5 exclusive, but perhaps the least hyped game coming to Sony’s new console. Giving it away to all Plus members will at least ensure it has a decent shot at gaining an audience, and while I haven’t seen anything to suggest this will be the next Rocket League-style success story, it should offer some multiplayer thrills. 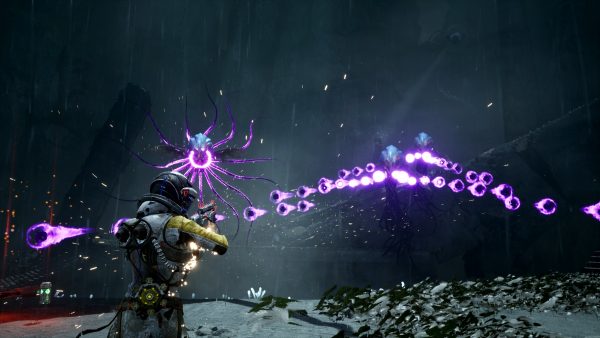 I reckon Returnal could surprise a lot of people.

Key for Sony is that the games keep coming, even if the first two aren’t especially big hitters. In March Sony is releasing Returnal from Housemarque. There’s a bit of negativity surrounding this releasing as a full-price game, largely because the studio’s previous titles have been arcade-like releases, but that seems hugely unfair on what looks like a gorgeous shooter from a team that has hardly ever put a foot wrong.

Ratchet & Clank: Rift Apart is the first so-called “big” PS5 exclusive to arrive from Sony in 2021, set to launch in the first half of the year. Insomniac has already managed to dazzle on the PS5 with the cross-gen Spider-Man Miles Morales, but Rift Apart should let the studio showcase what is possible on PS5 when only targeting the next-gen system – although year-one games rarely get the absolute best out of a new console. Footage has looked superb and the Ratchet & Clank games are always great fun.

May sees MS-owned Bethesda release Arkane’s Deathloop, exclusively on PlayStation 5 and PC. Arkane is known for delivering incredible game mechanics thanks to the Dishonored games, and this FPS looks to be equally inventive. At a time when the Xbox systems seem so short on Xbox Game Studio titles, the fact this is locked away is gloriously wicked. Ditto for Tango Gameworks’ more mysterious and supernatural Ghostwire: Tokyo, although that one is yet to be given a firm release date.

In the second half of 2021 Sony has a trio of absolute barnstormers set to release, with Gran Turismo 7, Horizon: Forbidden West, and God of War: Ragnarok. While Forbidden West is confirmed to be coming to PS4, too, and Sony hasn’t clarified the release platform situation with Ragnarok, there’s no denying that sequels to three of PlayStation’s biggest franchises all within a year of the PS5 launch is great going and sure to make fans extremely happy. 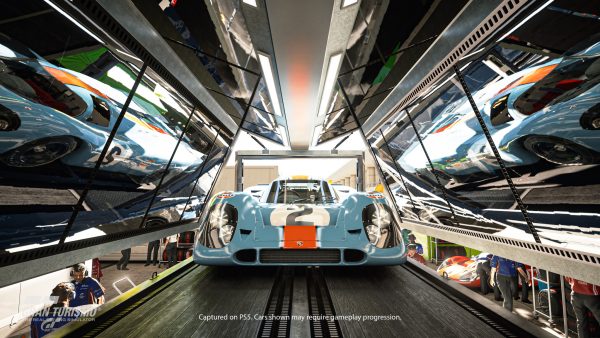 GT7 is likely to be huge for Sony and the PS5.

GT7 is set to be the first proper game in the series since 2013 and will arrive with huge expectations and the knowledge that Polyphony built up by supporting GT Sport as well as it did. What’s more, we might get Gran Turismo on PS5 before we get a new Forza on Xbox Series X, something most would have bet against. There was a sigh of disappointment when Sony revealed that Horizon: Forbidden West was also coming to PS4, a sense that we might not see Guerrilla Games able to flex its technical chops fully, but that debut trailer still looks pretty awesome if you ask me.

I still don’t really believe God of War: Ragnarok is releasing this year, but not because I’ve heard anything to suggest otherwise – I just didn’t expect a sequel to my favourite PS4 game to arrive so soon into the PS5’s life. If Sony Santa Monica can indeed get the game ready for the end of this year, even if it also launches on PS4, it will top what already looks like being one of the best in PlayStation history. And there’s every chance the year will deliver more, even without considering what games are coming from third-party publishers.

What I think Sony has done brilliantly is give PS5 owners and potential buyers a clear idea of the year ahead. As a PS5 owner I’m happy with the games I have, and there’s a steady drop of quality-looking titles scheduled over the months ahead. Can Xbox beat PS5? Maybe, but a turnaround of that magnitude in 2021 seems highly unlikely.