If you want to pick up a physical edition of Scott Pilgrim vs The World: The Game – Complete Edition, you will be able to thanks to Limited Run Games.

Limited Run Games are releasing three versions of Scott Pilgrim vs The World: The Game – Complete Edition, and pre-orders for the Switch and PS4 versions kick off next week.

You will be able to pre-order a physical copy of the game, the Classic Edition, and K.O. Edition.

The Classic Edition features a deluxe clamshell retro box, CD soundtrack, folded overworld map, and a sticker sheet. The K.O. Edition contains the Classic Edition’s content along with extras such as an authentic hardshell roadie case box with a pop-up scene featuring working lights and music.

Pre-orders for the PS4 and Switch versions will go live on January 15 at 10am EST, and the company plans to release physical copies for Xbox One as well.

Ubisoft announced the game during its Ubisoft Forward presentation back in September.

In this Complete Edition, you can play as Scott Pilgrim, Ramona Flowers, Knives Chau, Stephen Stills, and more. You will be teaming up with others to battle enemies with the ultimate goal of defeating the League of Evil Exes.

Scott Pilgrim vs The World: The Game – Complete Edition will be released on January 14 for PC via Epic Games Store, PS4, Stadia, Switch, Uplay+, and Xbox One. 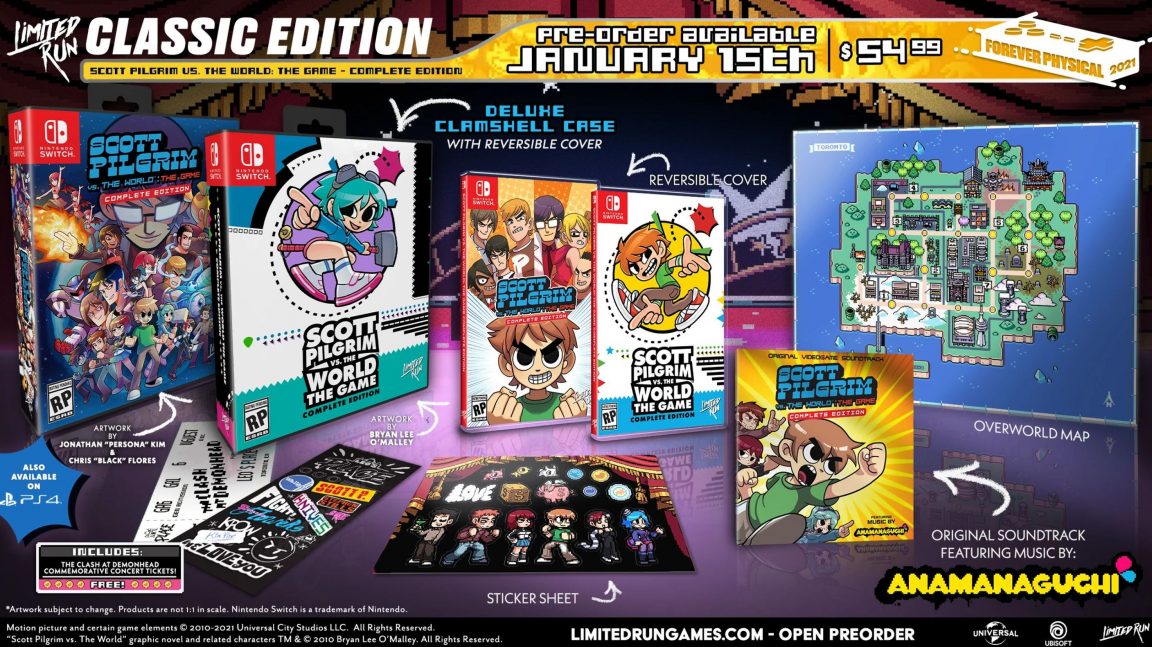 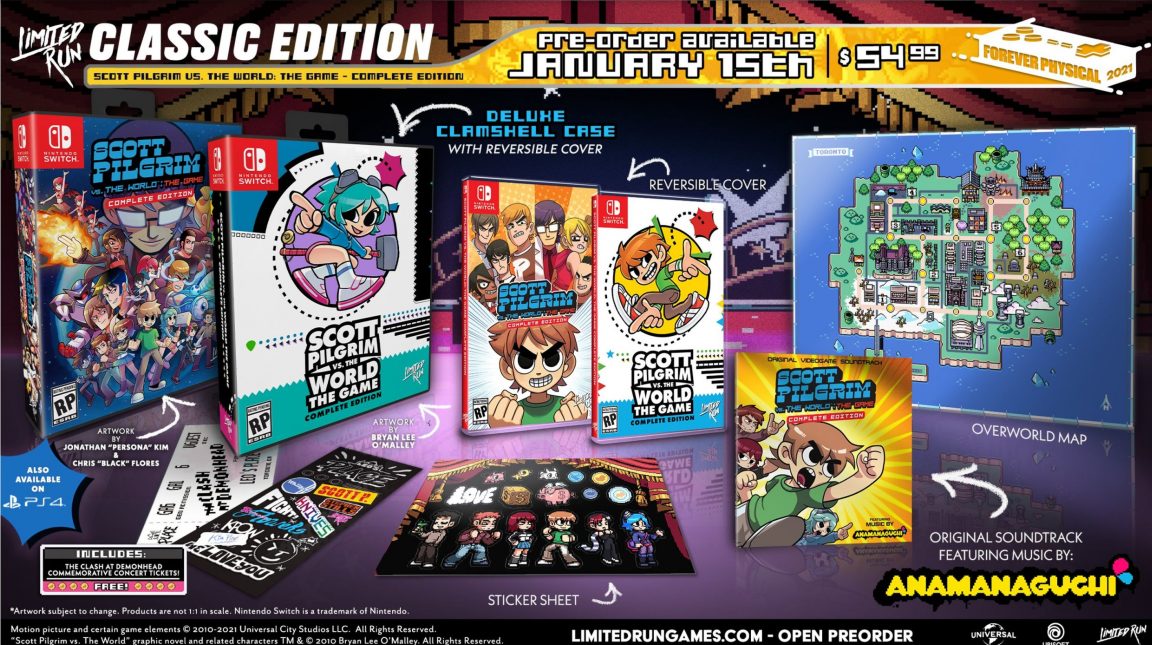 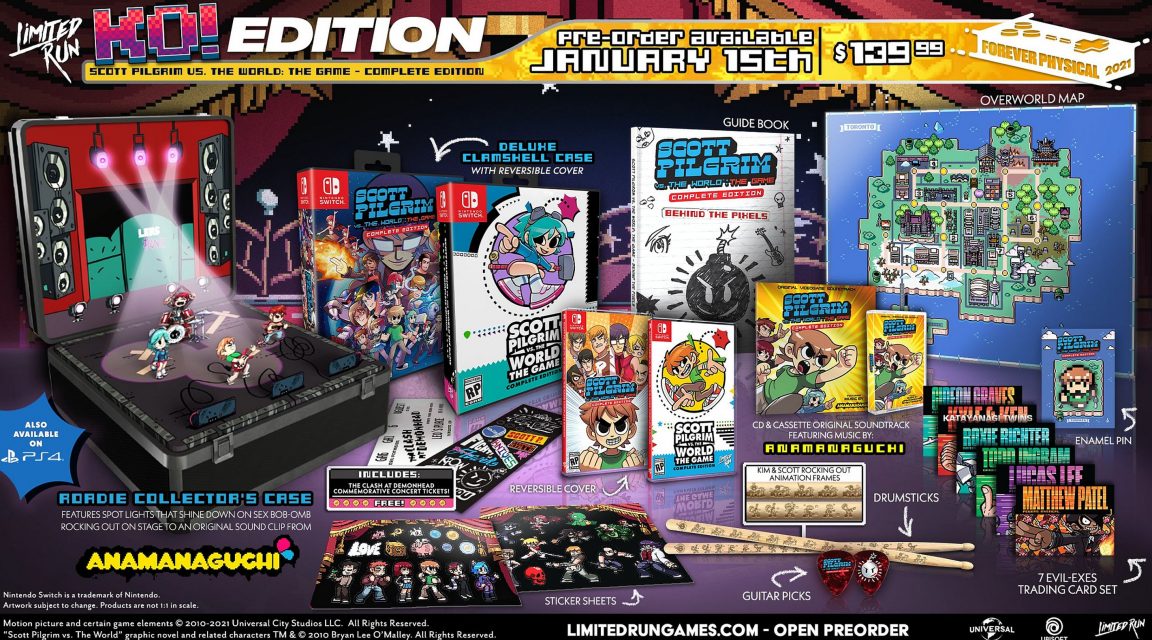