In the Borderlands 3 Guns, Love and Tentacles DLC, to save Wainwright you need to take out the horror in the woods. But first you need to create a potent brew of mushrooms to trap the beast.

That’s not quite as easy as you’d think however, since the textures on the brewing equipment have a habit of not loading properly so you can’t see the symbols.

Here’s what you need to do to create the most potent brew and complete the Horror in the Woods quest in Borderlands 3’s Guns, Love and Tentacles DLC.

After you’ve fought your way through the baddies of the Cankerwood, look around you as you approach the mixing equipment.

On one side of the room you’ll see three mixing vats, but decorating the walls you can find posters for different mushroom alcohol products. 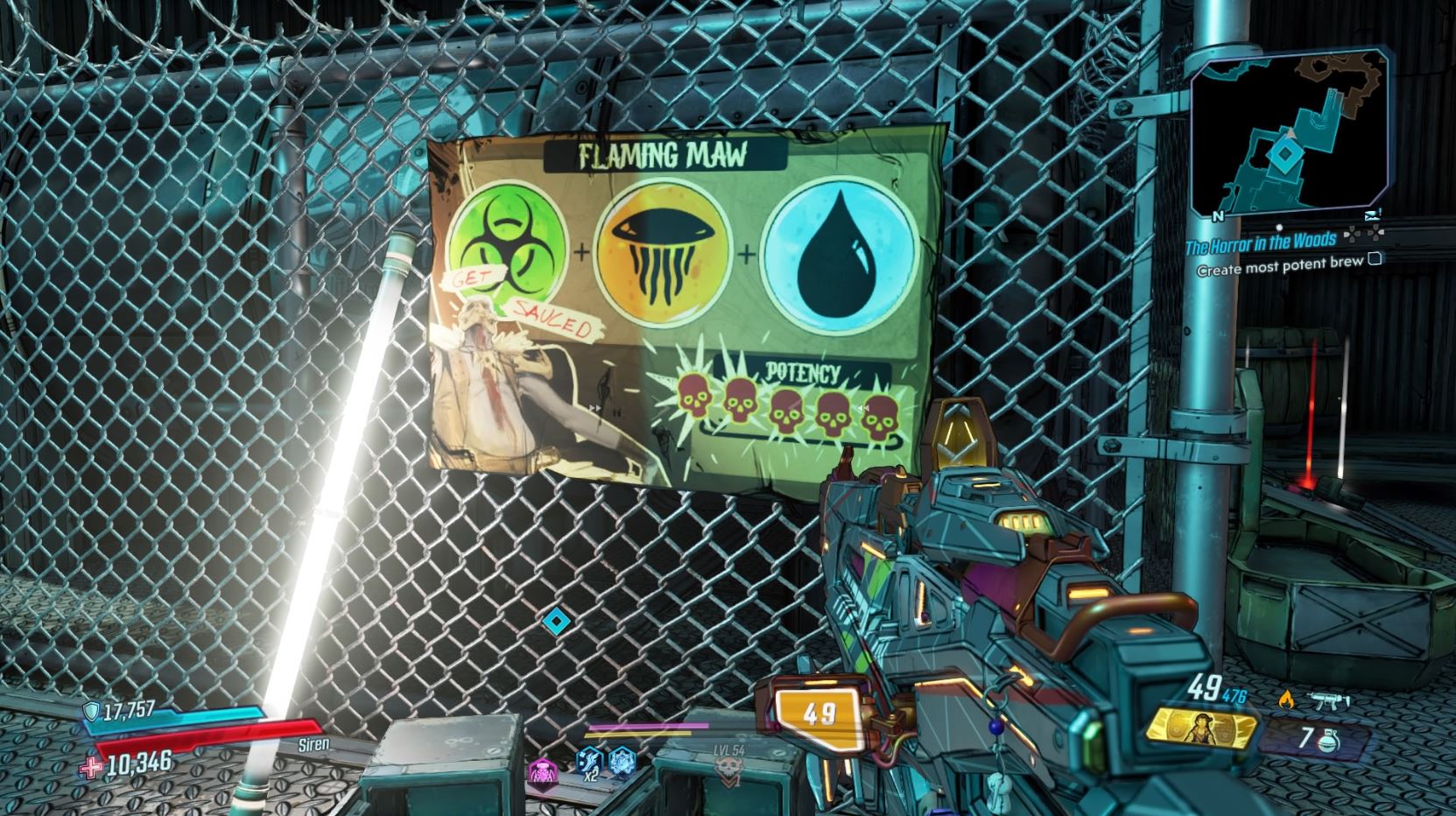 You’re looking for the “Flaming Maw” which has a potency of five skulls.

To mix this most potent brew, you need to put the green liquid in the left vat, orange in the middle, and blue in the right.

If the symbols on the mixing equipment don’t load for you, the green liquid comes out first, followed by the blue, then the orange. 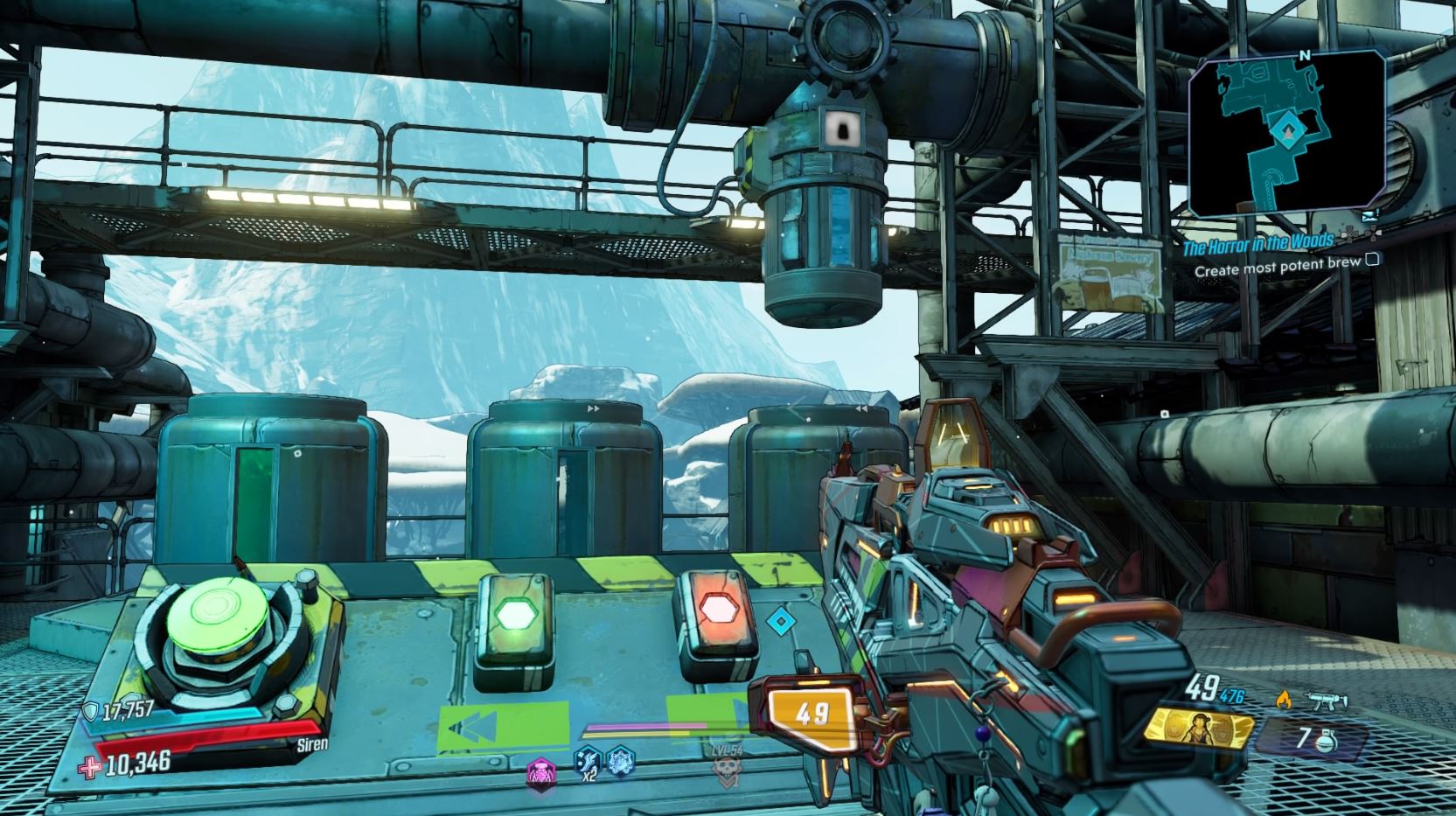 Press the green button on the console to move the dispensing arm to the left, then press the right-most button to eject the liquid.

Now with the blue liquid, press the red button twice to move the arm to the right then the right-most button to fill the right-hand vat.

Finally, press the green button to move the arm into the middle. Then the right-most button to fill that middle vat. 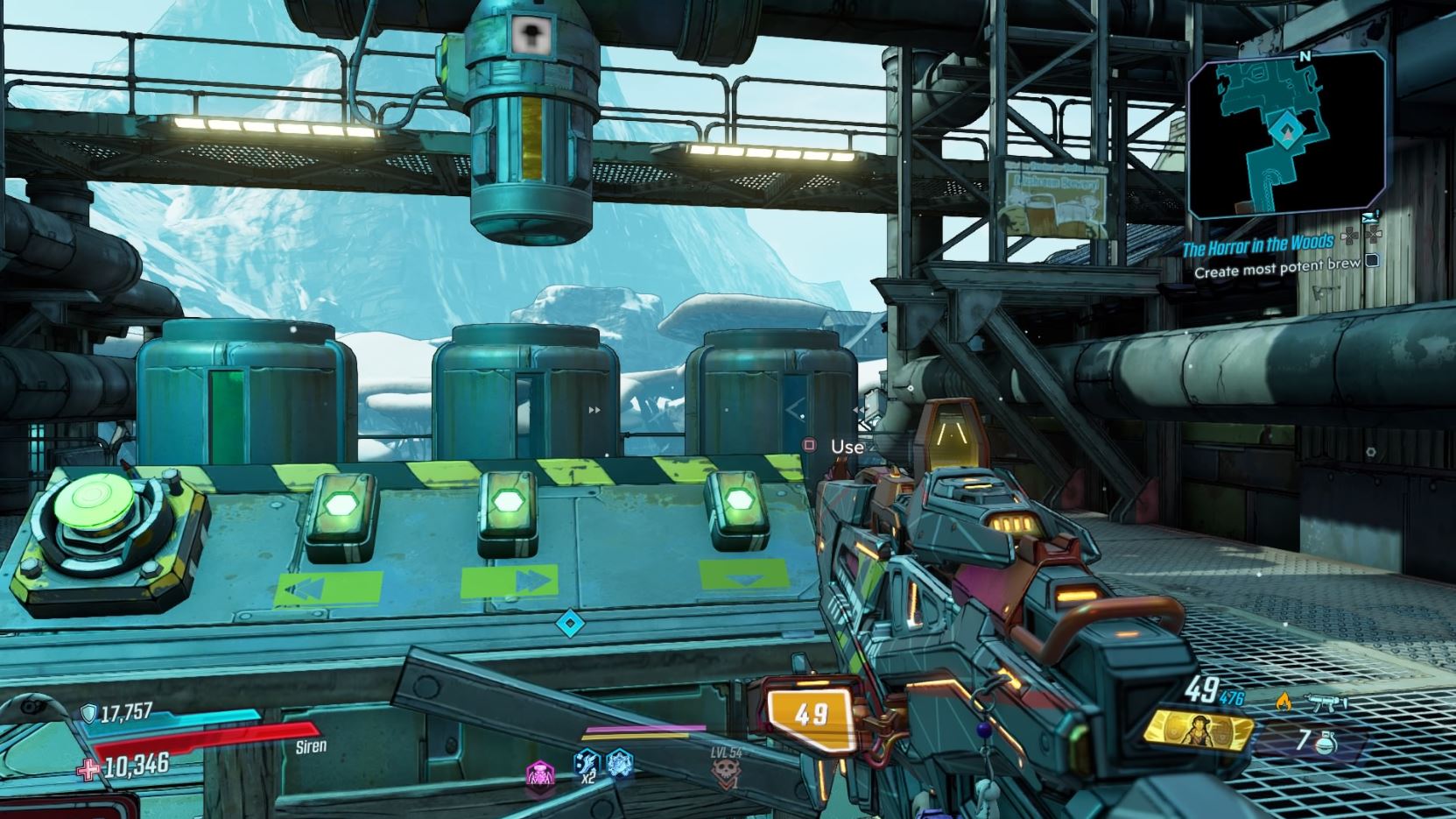 Now press the big button on the left to complete the puzzle!

Pick up the mushroom concoction and continue your quest.

For more on Borderlands 3: Guns, Love and Tentacles, here’s a look at some of the new legendary weapons introduced in the DLC.