The future is bad.


With the release date for Cyberpunk 2077 pushed back to September 2020, now’s the ideal time to consider playing Cyberpunk in its original form: as a tabletop RPG.

Drawn from the seedy worlds seen in books such as Phillip K. Dick’s Blade Runner and William Gibson’s Neuromancer, the main setting of the Cyberpunk world is the high-tech sprawl of Night City.

The population of Night City, predominantly left to fend for itself under its seedy corporate overlords, has descended into high-tech hedonism – such as bio-sculpted beauty augmentations via the local Ripperdoc. Food is purchased from weaponised vending machines, and the rich drive cars powered by telepathy.

Outside the borders of the city live the Badlands, an abandoned district comprised of rotting ruins, savage gangs and wandering nomads. Beyond that sordid meatspace, virtual plains like the dark world of Cyberspace linger. Jacking in here unaided leads to your brain getting fried like an overworked CPU.

At the same time, unseen digital ghosts speak via chips in your skull. Plus most folks are hooked on the braindances: immersive virtual-reality like shows that take you everywhere from an exotic adventure to straight into the sights and sounds of being a serial killer. 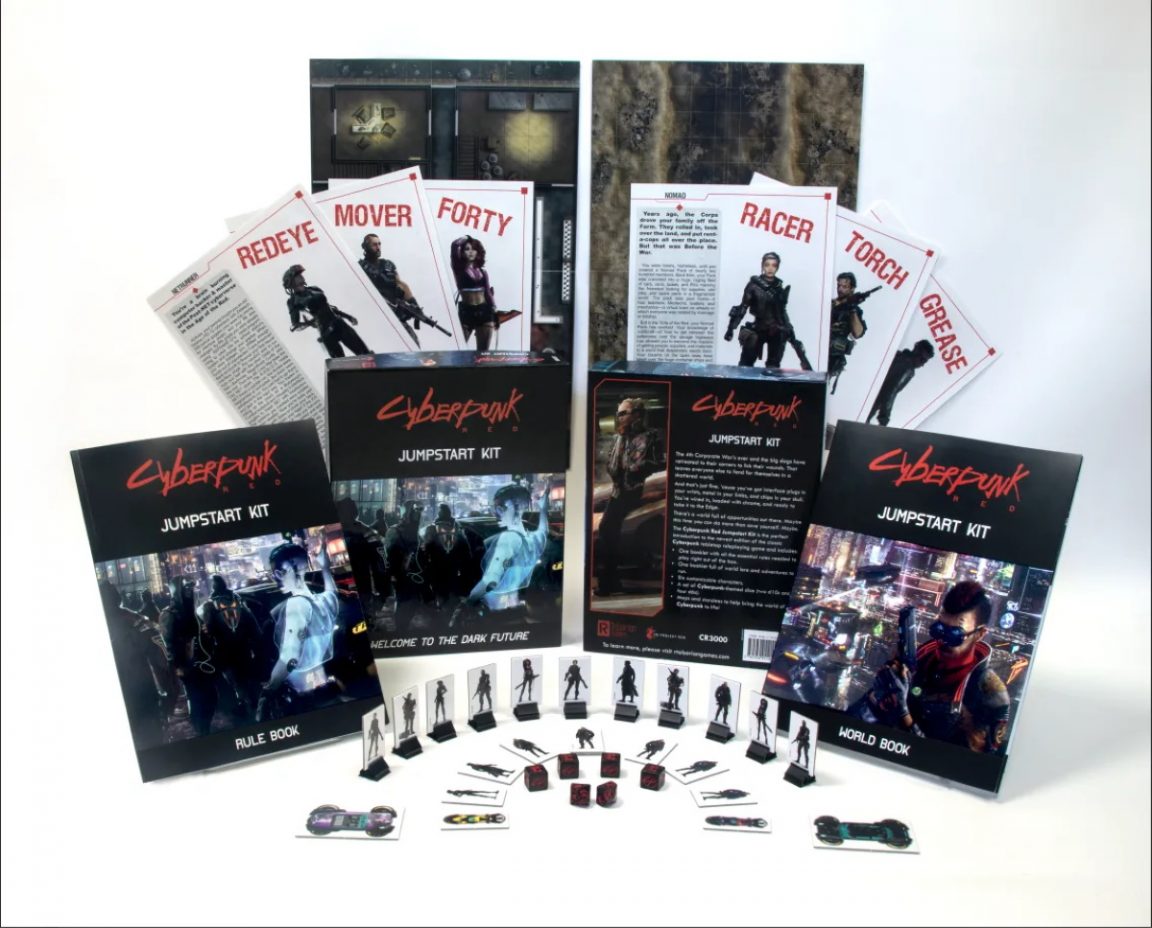 In this world, morality – somewhat like reality – is entirely relative. Values like good and evil mean bugger all when you’re clamouring to survive – and in Cyberpunk, your end might be more grisly then in most.

In contrast to most of its tabletop brethren, Cyberpunk does not descend into high-fantasy, heroics nor indeed, even high sci-fi. It stays entrenched in its own filthy streets, where organ-harvesting, personality clones and all manner of cybernetic limbs – often completely unnecessary beyond how good they’ll make you at killing and/or hacking – abound.

As is true to the cyberpunk genre overall, the themes within the tabletop RPG are more grimdark then futuristic. It’s humanity gone wrong, as opposed to a shining vision of our technological advancements, or a heartfelt rally against oppressors. In Cyberpunk, you might not save anyone at all – including yourself.

Cyberpunk says, the future is here, and my god is it fucking awful.

However, it promises that in Night City, like your laser eyes and razor-tipped fingers, things can be altered. 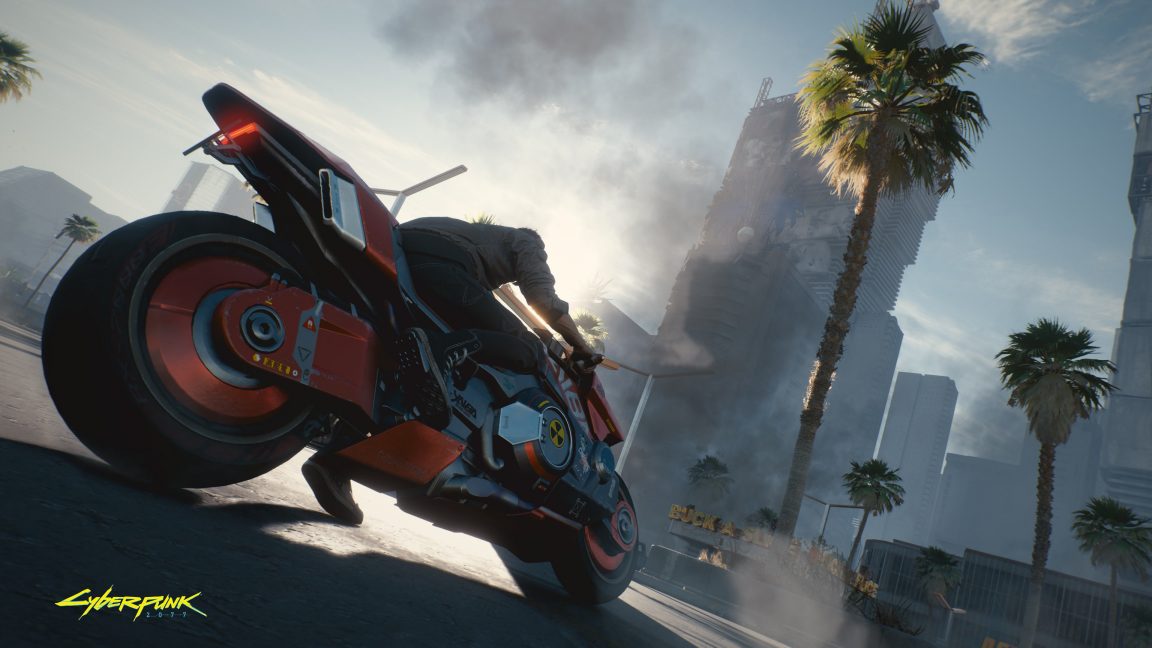 Heroes of filth and fancy

This is where you, the sort-of heroes, step in. Unlike the past Neo-Luddites, who tried to turn back the clock, or the majority of folks, who sit hungering for their next lurid escape, you have taken the future by its glistening coils; ready to dive in: hurtling through networks, scrying into the future and blasting shots with a gun that doesn’t always require hands.

There are nine character types to take on in Cyberpunk. You might play a Rockerboy, who uses song and rhetoric to get ahead, or a Netrunner: a cybernetic master hacker who gives a whole new meaning to the phrase brain burn. Maybe you could go all road warrior techno-barbarian with a Nomad, or patch up both meat and metal as a Tech.

Mechanically speaking, your characters each have as a block of stats, usually numbered from one to ten, that outline everything from your combat technique to your overall level of coolness (yes, seriously).

Dependent on your body stat, which determines physical toughness, you’ll also get hit points. Unlike Dungeons & Dragons, HP in Cyberpunk includes a steep wound threshold. This means that if you take a big chunk of damage, you’ll get negative modifiers on all your skill checks.

As you’d expect, the combat in Cyberpunk is brutal. In the original Cyberpunk tabletop RPGs, dismemberment and explosions play a key part of combat. There are some horrible ways to go, especially when you consider the range of augmentations your average Night City citizen might be packing.

Along with your bare fists and a gamut of explosive weapons, you’ll also get access to a range of cyberweaponery – including things like cyberoptics, which enhance your sight, and the imaginatively titled cyberaudio, which basically turns you into a meat-based radio receiver.

Be wary though, because your futuristic tools might lead to the dreaded cyberpsychosis – which as it sounds, isn’t good for anyone, particularly if a beefed up metal-cased maniac in its grip starts shooting at you.

As well as fighting, you can also enjoy hacking – known as Netrunning – in Cyberpunk. So while the rest of the group might sneak around a corporate building wrecking stuff, the group’s netrunner will be there, blasting stuff in cyberspace. That said, it’s a risky endeavour; not only is it time-consuming, but you might be pitted against defensive programs. In addition, dying in cyberspace literally blows up your brain, leaving you an empty husk. 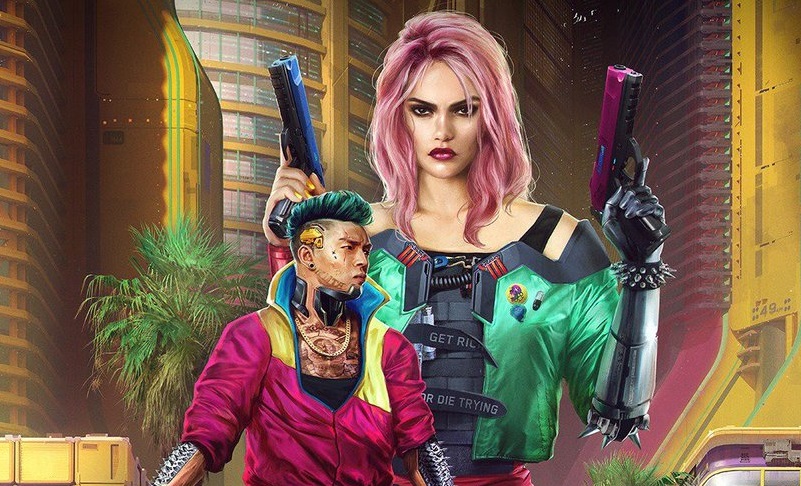 While mirror-shades and a beefy leather jacket won’t help you in fending off a dragon, in Cyberpunk, they’re basically mandatory. Before you even get down to fisticuffs, you can make a coolness plus reputation check to see if you can intimidate your opponent. Known as a facedown, whoever loses will take negative stats based on being literally too scared to do any better.

And that style doesn’t just stretch to clothes. It affects the very meat that cakes your bones. Perhaps you’d like to check out your local cybertechnology chain store, like the aptly named Bodyshoppe. Or even drop-in medical centres like the trusty Docs R Us™.

Among these augmentations are exotics – where you can nab everything from a tail grown in a vat to shimmering scales. With the latter, there’s a ten percent chance your new skin will mutate into cancer.

Not to mention all the tech you can graft to your body. Whether that’s nervous system software to help you remember your days appointments, amplified hearing, or three-inch carbo-glass claws for stabbing.

A history of the future

Originally conceived in the ‘80s by designer Mike Pondsmith, Cyberpunk has seen two editions thus far: Cyberpunk 2013 and Cyberpunk 2020. As such, Cyberpunk 2077 takes the series into a far-off future – even by its own lore standards.

Night City will play a prominent role in the upcoming Cyberpunk 2077 video game, which is a direct continuation of the Cyberpunk tabletop RPG’s storyline, starting around 50 years from where the last paper edition of Cyberpunk – Cyberpunk 2020 – left off.

Where to buy Cyberpunk 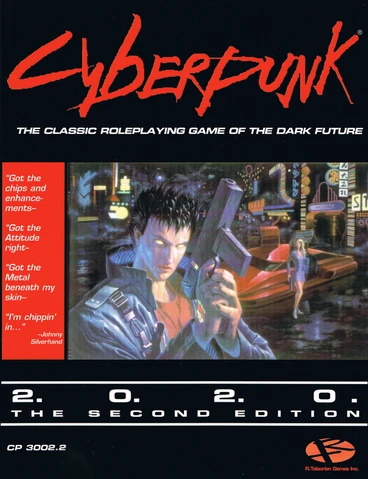 You can pick up Cyberpunk Red from DriveThruRPG in a PDF format, so you’ll just need to pick up your own dice.

You’ll find the paperback Cyberpunk 2020 on Amazon through third-party sellers, but it’s not cheap. Also keep an eye on the Talsorian store for restocks of Cyberpunk 2020, but expect it to sell out pretty quickly considering the renewed interest.

So, how do you actually begin playing in the imaginary world of the Cyberpunk RPG? Well, it turns out that in addition to the upcoming releases of Cyberpunk 2077 and Red, we already have the new Cyberpunk Red Jumpstart Kit, a starter set for the latest edition of the tabletop RPG featuring pre-gen characters, basic rules and lore ideal for beginners.

The Cyberpunk Red Jumpstart Kit takes place in the ashes of the fourth Corporate War (the same timeline as upcoming Cyberpunk Red) – drawing its name from the scarlet skies left over from nuclear dust and space weapons.

All the mega-firms have retreated to recalculate their assets, and everyone else is left untended to in a broken, dangerous world. Never before have the joys of unfettered capitalism been so obvious.

The full edition of Cyberpunk Red – as opposed to just the Jumpstart Kit – will be landing sometime in the future, with a release date yet to be announced.

Even so, before Cyberpunk 2077 arrives, the tabletop RPG will let you plug that cable straight into your head jacks and carve a path to Night City with pencils, dice and grim imagination – no Xbox, PlayStation, PC or otherwise necessary.

This article is from our good nerdy friends at Dicebreaker – check out their site for all things tabletop and dicey. They have a very nice YouTube channel too.