There’s only one bow in Red Dead Redemption 2 and it’s one of the most effective weapons available.


It might seem a bit odd that in a game that features multiple pistols, revolvers and a backpack full of hatchets and knives, that’s there’s only one bow to use. But the Longarm Back Bow is one of the most versatile weapons in the game, whether it’s used for hunting animals or causing absolute chaos against multiple enemies.

Unlike most weapons in Red Dead Redemption 2, you can’t upgrade the bow, but you can upgrade your arrows, which really takes it to the next level.

You’ll be handed the Longarm Back Bow during the very beginning of your adventures. If you can’t find it on your weapon wheel, then it’s in your horse’s stash. Make sure you take it by pressing L1 and equip it to Arthur’s inventory. Not sure if you’re carrying it? You’ll be able to see it slung over Arthur’s back if you are.

You begin with standard arrows that are useful for stealth kills and essential for hunting – you want to kill animals with the least amount of damage so you can sell on their pelts and not scare off surrounding creatures.

As the story progresses you’ll be able to create special arrows for different animals, as well as arrows that deal serious explosive damage. 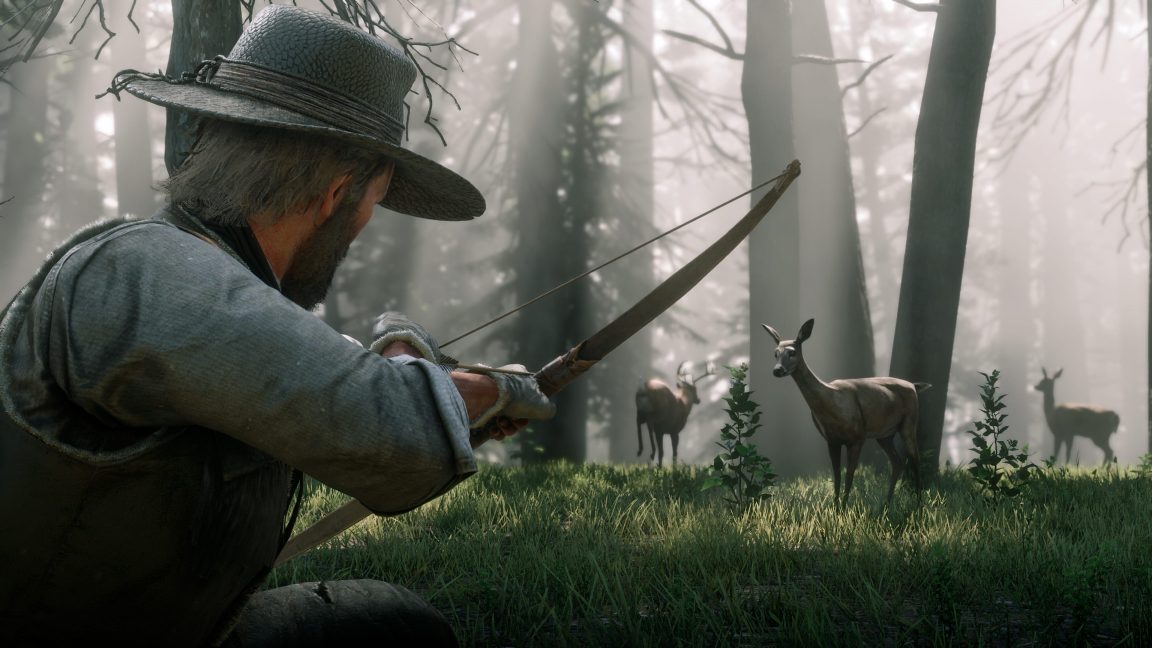 Improved Arrow
This arrow does more damage than the standard arrow and can be bought during Chapter 2 onwards. As you can see in the video below, there’s a fair bit of difference in penetration.

Regular arrow versus Improved from r/reddeadredemption

Small Game Arrow
You’ll have to craft this arrow and it can be used to bring down smaller birds and animals when hunting. Use this on all birds, but also snakes, rats, chipmunks, bats and toads.

Poison Arrow
You can buy this from a fence after Chapter 2. Not only does this poison humans, but it also brings down average sized animals quicker. Use it on animals such as the coyote, wild pigs, and armadillo, and the bigger birds such as the eagle, hawk and condor.

Fire Arrow
You get this arrow during Chapter 2 and you can buy them from a fence.

Dynamite Arrow
You can buy this explosive arrow near the end of Chapter 3 after Arthur has been through a dramatic time. You want to use this to cause chaos against multiple enemies or for taking out anyone near a Gatling gun. Obviously, don’t use it on any animals.