The Festival of the Lost returns to Destiny 2 today, alongside a brand new Dungeon and Crucible mode.

This year’s festival runs until November 19 and there will be lots of spooky new loot and cosmetics to earn. Masks will be returning, as well as all-new Festival of the Lost armour mods that you can use in the Haunted Forest.

To earn Candy and Chocolate Strange Coins, you’ll need to wear the Masquerader’s Helmet, purchasable from Eva Levante for 100 Glimmer. You can then complete various objectives such as wearing the mask in Crucible matches, killing a certain number of enemies and by completing Haunted Forest runs.

The Braytech Werewolf Legendary Auto Rifle will be available during the event and you’ll be able to take part in the Xenophage Exotic Machine Gun quest. Last year, we got the Thunderlord Exotic Machine Gun, so it’ll be interesting to see how the two compare.

Eva Levante, the event vendor, suggests in the latest trailer that you should pay a quick visit to Eris Morn; it might be that she has a spooktacular quest for you regarding the Dungeon. Either way, it’s not just the moon that’s haunted this year.

Sadly, only Shadowkeep players will be able to take part in the Xenophage and Dungeon, but all players can play the new Crucible mode and join in the Festival of the Lost.

Festival of the Lost start time

The event begins on October 29 at the weekly reset, which is 5 pm GMT/ 10 am PT/ 1 pm ET in case you’ve forgotten. For New Light players, you must have escaped the Cosmodrome and unlocked the Tower before you can take part. You’ll also need to reach 770 Power, which shouldn’t take very long.

The Shattered Throne was introduced during Forsaken and is one of the best endgame activities available in Destiny 2. Eris Morn likely has something to do with it, so head over to the Moon and see what’s new.

Three Legendary weapons related to the Dungeon have been datamined recently, thanks to GinsorKR:

These three bad boys will probably be obtainable from the upcoming #Destiny2 #Shadowkeep Dungeon. Inside the data it says "Source: [REDACTED]". Thanks again to @Thejudsub for making the model files look so nice! pic.twitter.com/9au8nDxGNl

It looks like the Dungeon will be somewhere around Sorrow’s Harbour and some crafty players have managed to spawn inside it using glitches. Completing the Dungeon will no doubt unlock more secrets from Eris’ past and reveal more about The Darkness and the Pyramid.

It’s not clear whether will be available all the time or on a three-week rotation like The Shattered Throne was, but we’ll update you once we know more.

If you’ve managed to power through the Leviathan’s Breath quest, you’ll be excited to know there’s another Exotic quest to get stuck into. There’s a chance the Xenophage Exotic Machine Gun quest will be time-gated and it might involve the Festival of the Lost, the Dungeon or both. There’s also the chance it could be a standalone event that you can complete any time – we’ll know more about it very soon.

It comes with the Pyrotoxin Rounds Intrinsic Perk, where it fires high-powered explosive ammunition. It also has the Rangefinder trait, where aiming this weapon increases its effective range and zoom magnification, and increases projectile velocity.

It deals Solar damage and uses Heavy Ammo, obviously, so it’ll pack quite a punch.

I’ll be doing a guide once we know more, so check back soon. 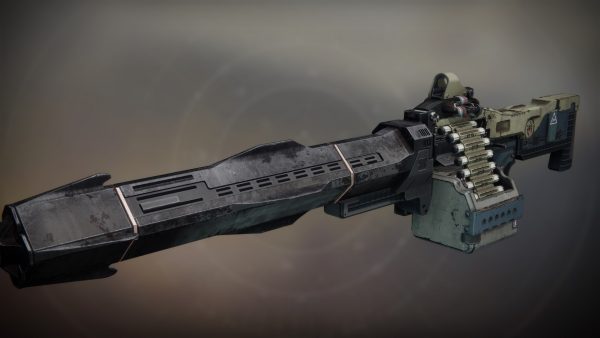 Momentum Control is a new PvP mode in the Crucible that sounds even more hectic than Mayhem. You’ll be able to instantly respawn, weapons will have increased damage and you’ll need to kill enemies to recharge your melee, grenades and Super.

There will be no tracker but zones will capture faster and grant more bonus points per kill. If you do manage to charge your Super, you’ll have increased damage resistance, but heavy weapons could take you down pretty quickly. Heavy ammo drops will also be more frequent.

It’s been compared to the Halo custom SWAT game, so make of that what you will. Momentum Control will feature in the 6v6 rotating playlist throughout Festival of the Lost.

Festival of the Lost cosmetics

There’s a bunch of new cosmetic items available from the Eververse shop throughout the event, including a witches broom, a sweet little bat ghost shell and those ultra-cool glow-in-the-dark skeleton skins.

If you’re new to Destiny 2, you can check out our Forsaken guide here as well as how to find Lost Sectors and cache codes. You can also check out our guides on how to get the Leviathan’s Breath Bow and Deathbringer Rocker Launcher.