For something totally devoid of X-Wings, Tie Fighters or even a humble T-16 Skyhopper, Asobo Studio’s new Microsoft Flight Simulator has a curious connection to a galaxy far, far away.

“I sent a video to Asobo of the Millennium Falcon landing at Bespin,” says Jorg Neumann, Microsoft’s head of Flight Simulator. “You see it weaves in and out of the sky, and we go ‘yep, there is a second terrain system, it is real, and it needs to be great’.”

The terrain in question is the sky itself, the way updrafts and pressure dips, unseen weather systems, and even humidity can affect the way aircraft navigate through the air. It’s integral to the physics of flight, and so became a core drive of getting Flight Simulator into the virtual skies again.

“We’ve all flown, right?,” supposes Neumann. “Every time you go up to the clouds, [you feel] it is terrain, it’s really alive. So that was just something we needed to get right, that it’s really a [physical] place.”

The origins of the revamped Flight Simulator date back to around “2014 or 2015”, when Neumann was working in Microsoft’s HoloLens department. Although the augmented reality headset still doesn’t have a consumer model available, its ability to blend physical and virtual reality thanks to pass-through displays and transport wearers to real locations was an inspiration.

“I worked on a HoloLens project – the experience was going to Machu Picchu,” explains Neumann. “I’ve never been to Peru, but felt I was actually in that place, because you heard the wind and it was visually perfect [thanks to] photogrammetry. It made me wonder, can we do this across the whole planet? I sort of kept that in the back of my mind, then I went from the HoloLens team back to the Xbox team, I basically said, ‘let’s just go try it’. And it worked, it worked so well.”

Pursuing a photogrammetric ‘real world’ of the calibre of HoloLens’ Machu Picchu tour was the key for Neumann, tapping into the satellite imagery available to Microsoft’s Bing. Development began in earnest in 2016, as a boutique project with a meagre team of three. After modelling an accurate Seattle into the software, Neumann was “confident we had the technological chops to actually do this, that the tools exist, that the technology exists. After that, we started to form the partnerships [with aircraft manufacturers] we needed to really get this going. It’s still a fluid effort.” 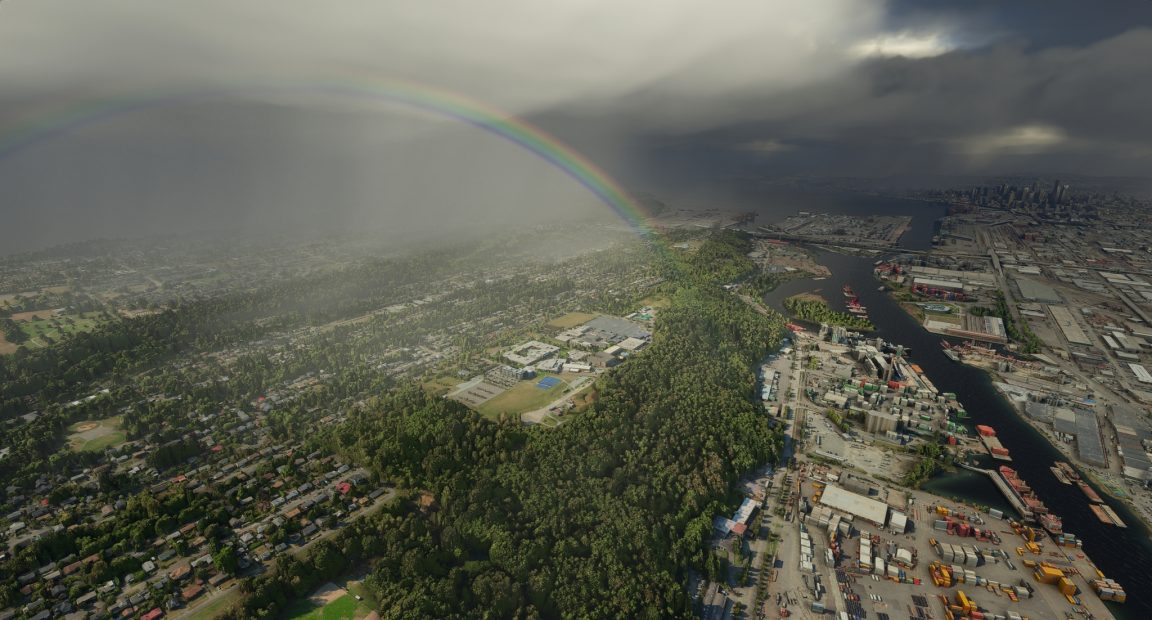 One concern flight sim fans may have with the upcoming title is that it’s set to straddle the line between always-online service and offline solo experience. While Neumann says there will be an offline mode, it will undoubtedly be truncated – the ‘full fat’ version of Flight Simulator is set to tap into Azure AI systems, utilising real-time weather data and constantly updated satellite imagery to deliver the most accurate and realistic experience possible, with two petabytes and counting of information to draw upon ruling out a fully offline experience.

However, 2012’s Microsoft Flight – the company’s last attempt at a new generation flight sim – also relied on online features, but when it failed to find an audience, servers were switched off a mere ten months after launch. Can 2020’s Flight Simulator guarantee it won’t suffer a similar fate?

“I’m not worried about it,” says a confident Neumann. “Obviously, we are tied to those two main pieces of technology and services – but Bing is not going anywhere, and Azure is just expanding, it’s doing great. Bing is constantly acquiring new data. And there’s no requirement to be online, at all. The offline mode, we’re not demonstrating it yet, but it looks great.”

The biggest change in this Flight Simulator may be that it’s coming to Xbox as well as PC. It’s standard for any Microsoft-published title now to come to both of its major platforms, but a console most likely to be under the living room TV is an odd destination for a piece of software that trades on accuracy. When many flight sim fans invest in expensive rigs featuring throttles, yokes, and pedals, a regular controller simply can’t offer the anything close to the same immersion.

“Asobo did an experiment on that, they’re very thorough,” explains Neumann. “They look at [the Xbox] controller, and it actually has 160 [button press] combinations. And aircraft, I think we need 120-something. So can you do it? Yes, you can, in fact, do it. Is it the thing that the simmers want? Clearly not. To have an authentic flight experience, you want to have some authentic inputs.” 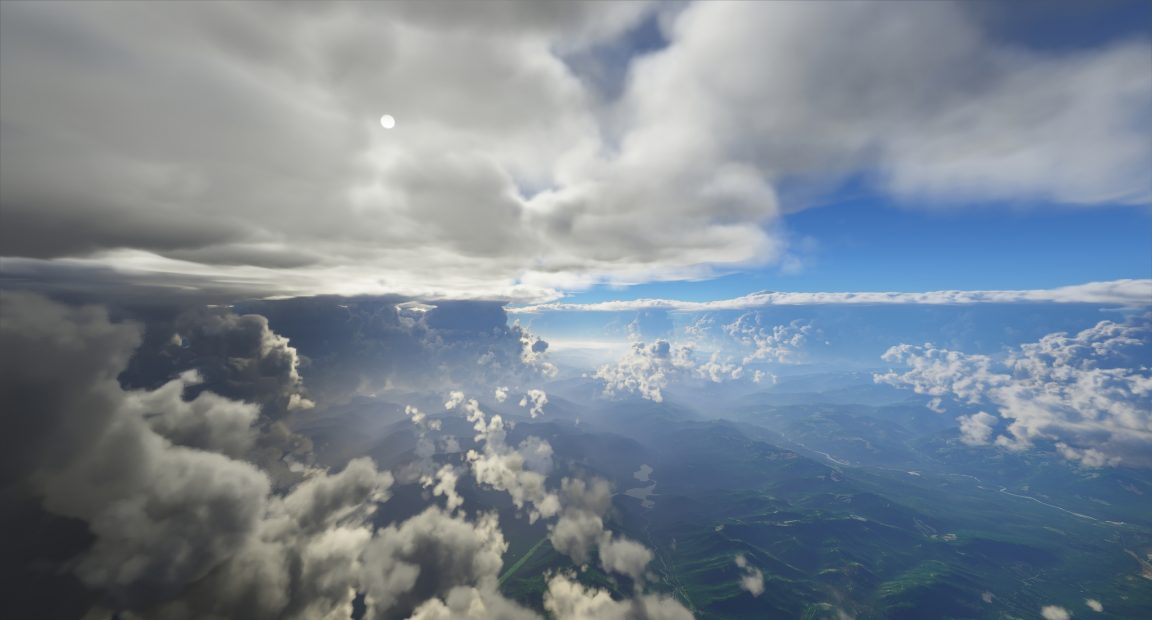 The Xbox One version, which will launch non-specifically “after” the PC release in 2020, may be more of a gateway drug though.

“There will be people that are on a spectrum of how much authenticity they require,” Neumann says. “Maybe there’s a little bit of apprehension, and they might want to start with a controller. You could fly [that way], it’s completely supported, it’s just not the primary thing we’re doing.”

With Flight Simulator creating as much as possible in 4K quality and modelling cockpits in incredible quality, it feels as though Microsoft and Asobo are primed for release in another format – fully immersive VR. There’s the small hurdle of Microsoft not having an Xbox-compatible headset available to average punters – yet – but a VR Flight Simulator is something Neumann says he “definitely” wants to see.

“It’s just a practical matter, you have to get the fundamentals before you go and get yourself all excited about everything – because you can do everything, but we have to nail the core,” he explains. “We’ve been focusing on the core a lot – the planes, we didn’t let go until the manufacturers told us that the plane is flying exactly like the actual thing flies.”

“For VR, the engine is capable, so that it’s not like it’s not in existence,” Neumann continues. “But with VR, my personal opinion – because I spent four years at HoloLens – is you’ve got to be careful. Some people say, ‘I’m doing stereoscopic rendering and a sufficiently high frame rate, and that’s VR’ – that’s not VR, not to me. My belief is that the right thing to do is to have two different render targets. One is the cockpit, and one is the world, and they might be quite different, but it’s important to have the flexibility to move around. So that’s more work, it’s just work. But do we want to do it? For sure.”

Whether on console or PC – or hypothetical VR – flight simulators have come a long way since the vector graphics of the earliest efforts of the industry, and as sims rather than games, the ultimate goal has always been realism and accuracy. With the new Microsoft Flight Sim aiming to be the most authentic yet, the big question is: can you learn to fly a real aeroplane with it? Short answer – maybe, with some third party help. 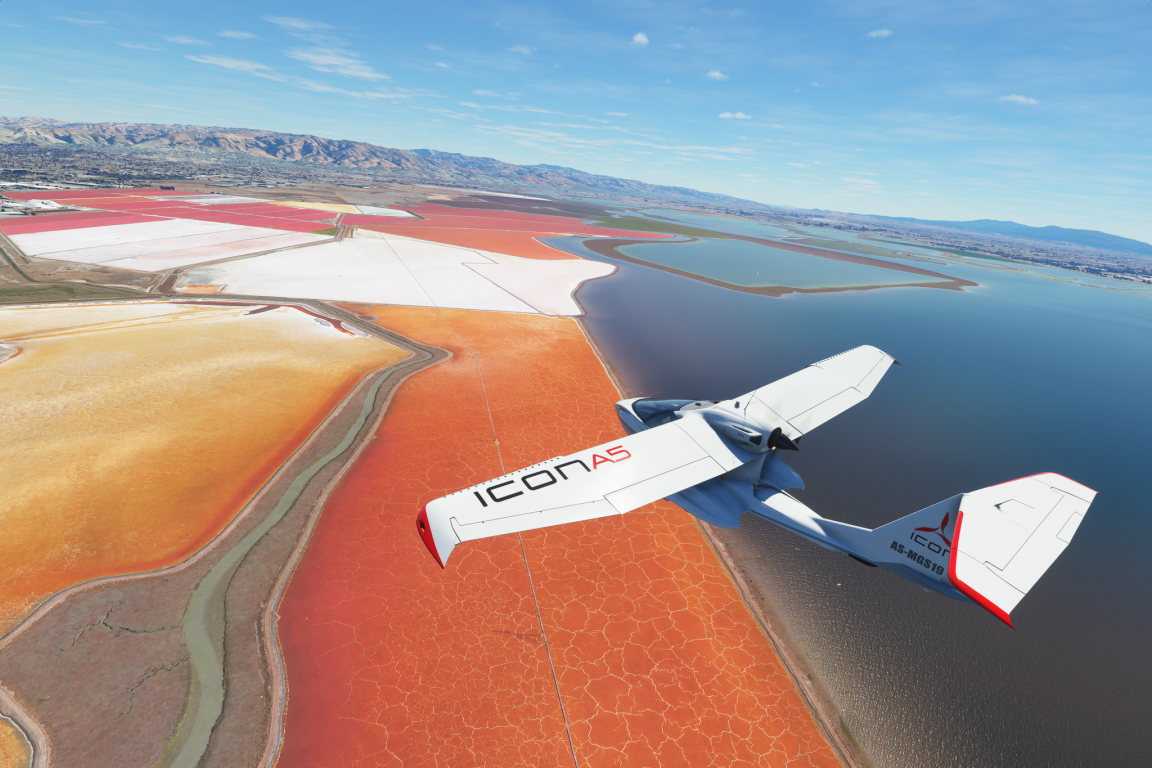 “I think it’s, at least, at that entry level of fundamental understanding of what the machine does,” considers Neumann. “If you look at the third party ecosystem, the companies that have been making add-ons in the flight sim industry for decades, some of the planes they made go all the way to study level. That means every function, every piece of carpet, everything in the checklists, everything in the pilot handbook, is present. If you go through that, and you really learn all that stuff, I’m sure you’re pretty well equipped.”

Flight Simulator could even potentially help address a real-world problem – a drastic shortage of qualified pilots.

“Every single manufacturer we talked to [for craft licensing] was super happy that Flight Sim is coming back. The conversation immediately jumped to ‘Hey, by the way, we have a pilot crisis…’,” says Neumann. “Depending on who we talked with, some said there’s 300,000 pilots missing, some said 700,000. They all said, ‘please help us, we need to get more people into flying one way or another’. Games are awesome. Sims awesome [but] this is a real world problem, not just a little game industry thing.”

For aspiring pilots, there are a couple of other benefits to going the virtual route – cost and practice. The aviation industry has a class problem in general, with flying lessons typically being desperately out of reach of people from anything but the wealthiest backgrounds, and even then the necessarily strict qualification requirements lead to a high failure rate.

“The average cost for a GA [general aviation license] is $150,000,” says Neumann. “In the military, fail that test twice, you’re out for life. No recovery, which is tough. So that’s why [manufacturers] all talk to us like, ‘argh, help us!’.”

While it’s unlikely a consumer-targeted product will ever be official training grade – “there’s FAA approvals and different governmental things that have nothing to do with us”, says Neumann – the more varied the new Flight Simulator can become in terms of fleet, and the more accurate it becomes in how each plane flies and controls, the better the chances it can prepare people for flying the real thing.