As you already know, cross-play in Call of Duty: Modern Warfare is decided based on your control method. That’s because Infinity Ward wants to maintain a balance across differences in controller type.

Because of this, those who use a KBM will be matched in cross-play with others using the same device. This includes PS4 and Xbox One. Those who prefer to use a controller on PC can do so as well. In short, you can play with others on your preferred system providing all are using either controllers or KBM.

That said, there will be a lobby for those who aren’t concerned with control scheme filters. This will allow you to play with players using both controllers and or KBM across up to all three supported platforms.

With cross-play enabled, according to Infinity Ward, you can also look forward to even shorter lobby wait times. That’s a plus. And you can also opt-in or opt-out of cross-play. 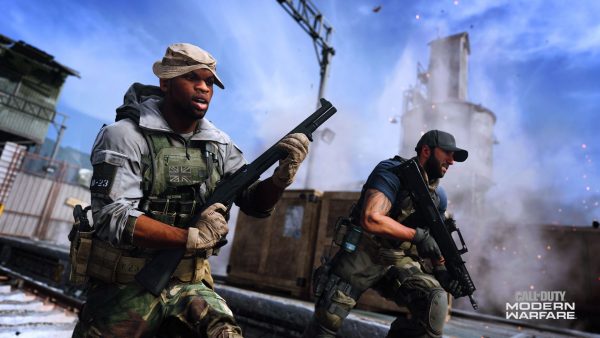 To play Modern Warfare online you will need a Call of Duty account, and once set up, you can create cross-platform Friends lists and Parties from all three supported platforms. And cross-play will support all multiplayer modes in Modern Warfare.

Following release, most post-launch gameplay content, including new multiplayer maps, new multiplayer modes, special ops missions and more will release simultaneously across all platforms. However, PS4 players will be given an “exciting Day 1 advantage,” according to a post on the Activision blog. Whether this is some sort of early access to certain content, early access to a special weapon, or something else remains to be seen. The blog did promise more details on Activision’s continued partnership with PS4 soon.

This week’s Modern Warfare beta supports cross-play for the first time. Like the first weekend, the first run on the 19th is only available only to pre-orders. Late on the evening of September 20, the beta opens up to players on all three platforms. Hit up the link for everything there is to know about the beta.