Shenmue 3 pre-order bonuses for North America have been announced, and the offers vary by store.

Three different pre-order and pre-purchase offers are available for Shenmue 3 in North America.

Once we’re made aware of pre-order offers in Europe, we’ll update this post.

We’ve popped in the links to the North American stores for your convenience. 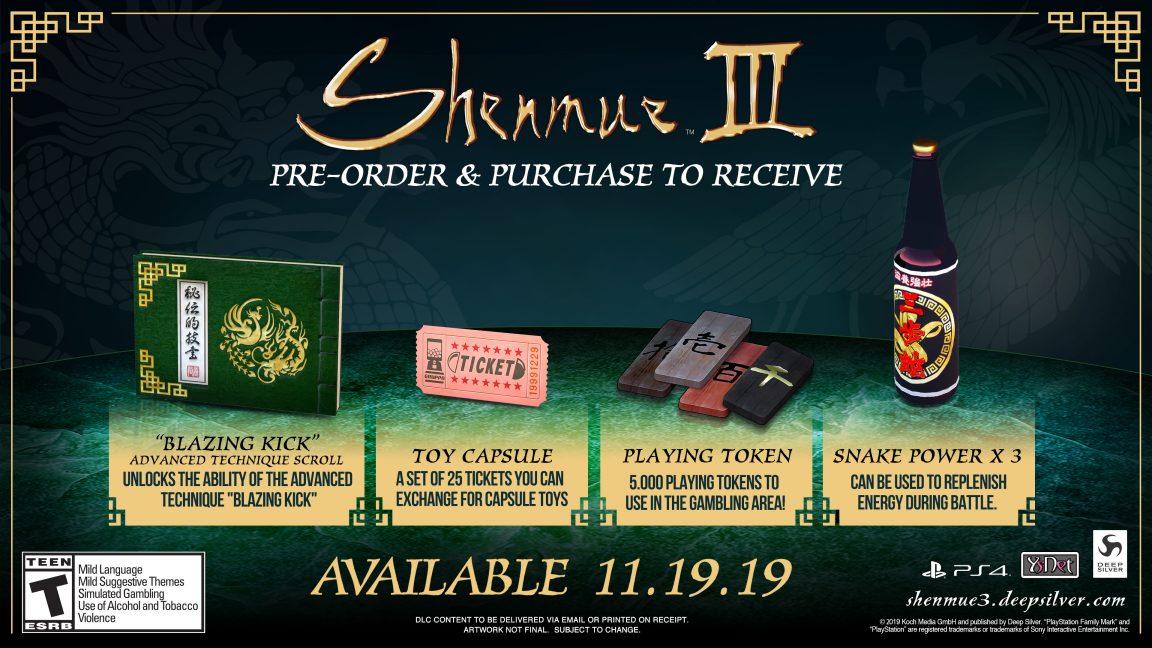 All participating retailers will offer the following pre-order bonuses:

Amazon, Best Buy, Gamestop and EB Games are sweetening the pot with additional, retailer-specific goodies. One of which is a really cool real-life mirror.

It’s called the Dragon/Phoenix Mirror Medallion and is directly inspired by the Dragon and Phoenix mirrors of the Shenmue series. It is a Gamestop (US) and EB Games (Canada) exclusive.

Best Buy is offering those who pre-order a Steelbook which features portraits of Shenmue 3 characters Ryo and Shenhua.

Those who shop at Amazon will receive in-game DLC: it’s the Kenpogi Training Wear based on Chinese Kung Fu wear.

Just be aware that the Steelbook and Dragon/Phoenix Mirror Medallion quantities are limited. If you want them, you should probably hurry. 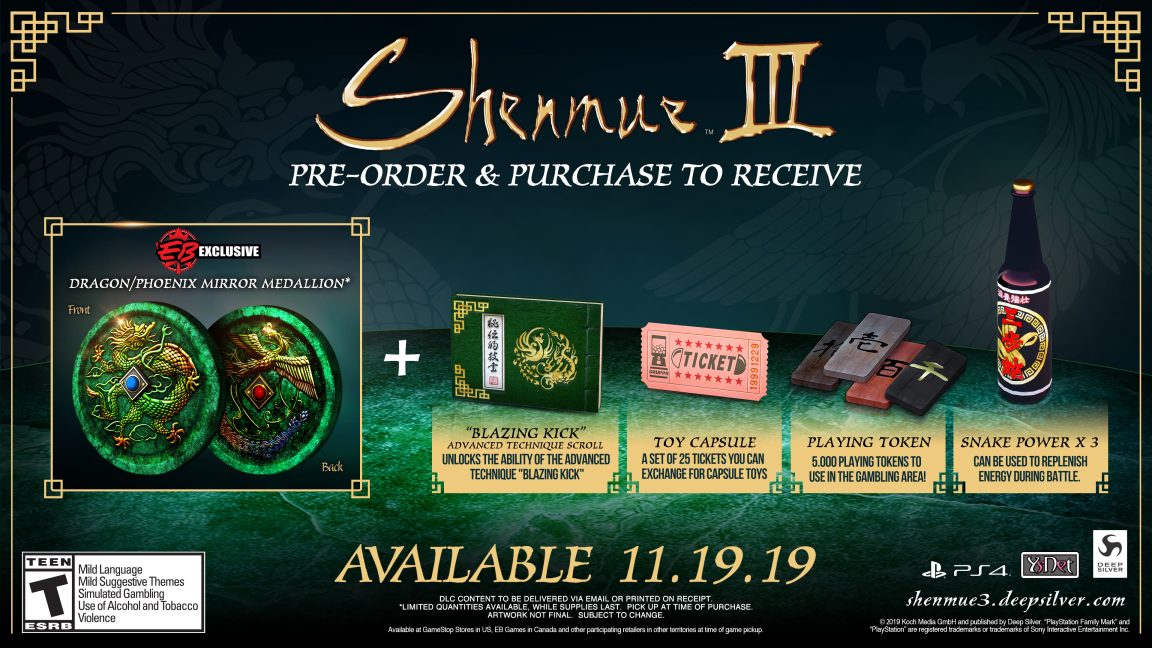 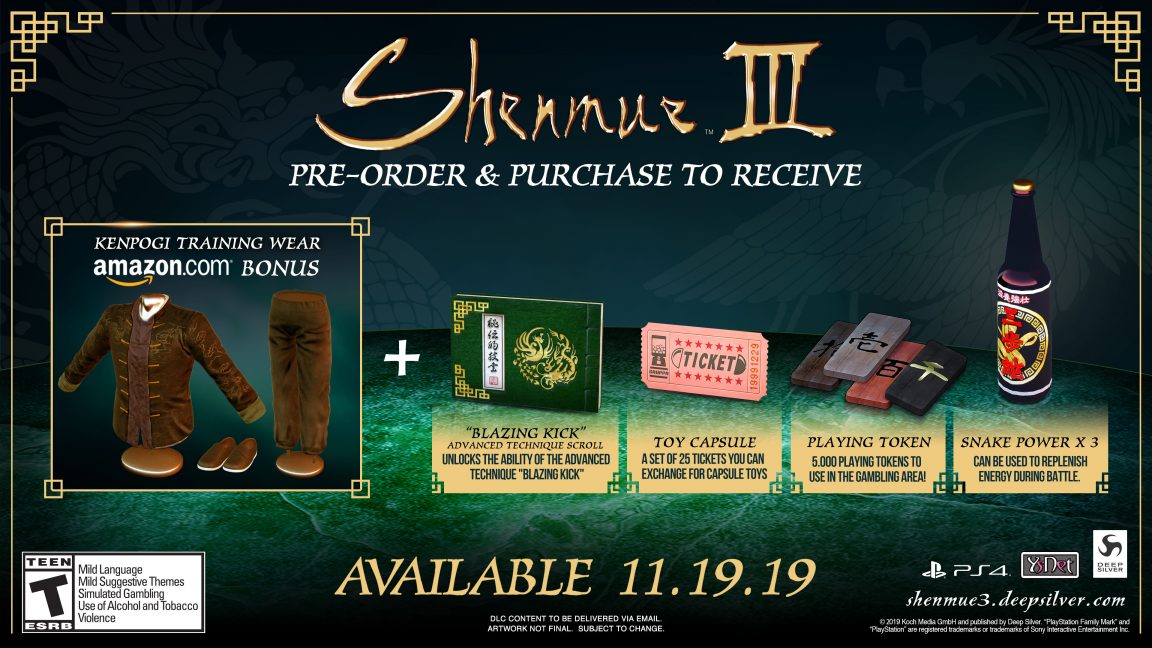 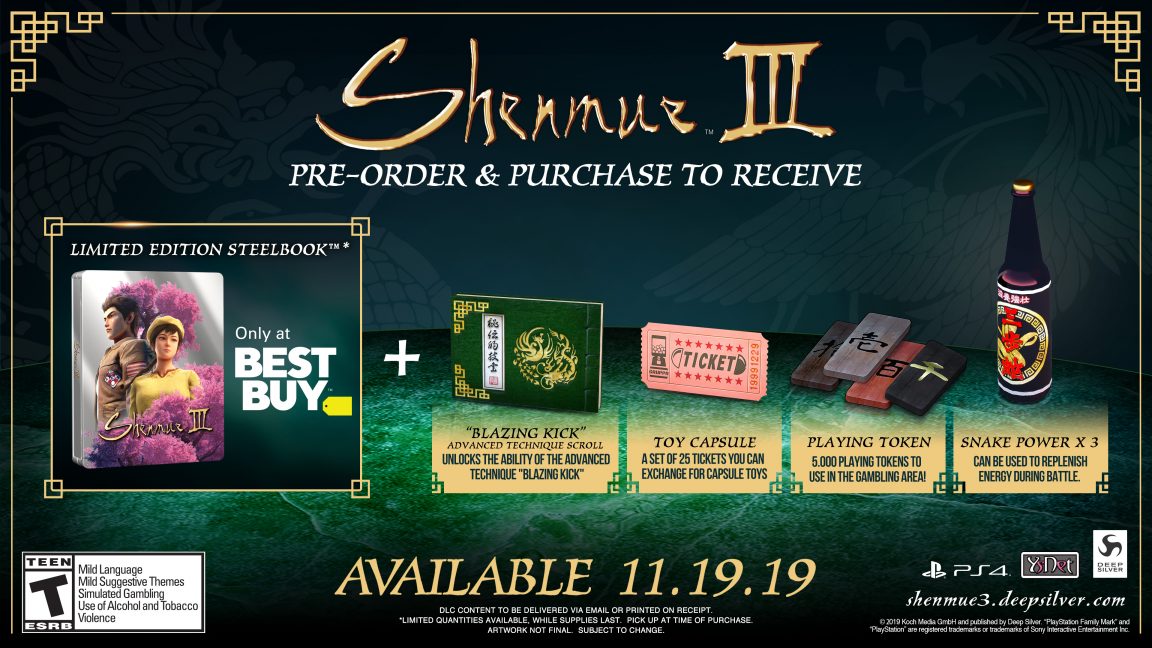