Resident Evil 2 Remake DLC The Ghost Survivors lands this week, and here’s more information on it.

As we previously told you, the free Resident Evil 2 Remake DLC The Ghost Survivors provides “what if” scenarios for characters you encounter throughout the main game.

This provides you with an alternate look at what things may have been like if the characters has survived.

Players will be able to experience the outbreak from the point of view of gunshop owner Robert Kendo in No Time to Mourn, the mayor’s daughter Katherine Warren in Runaway, and a U.S.S. agent in Forgotten Soldier, who is aptly named Ghost. 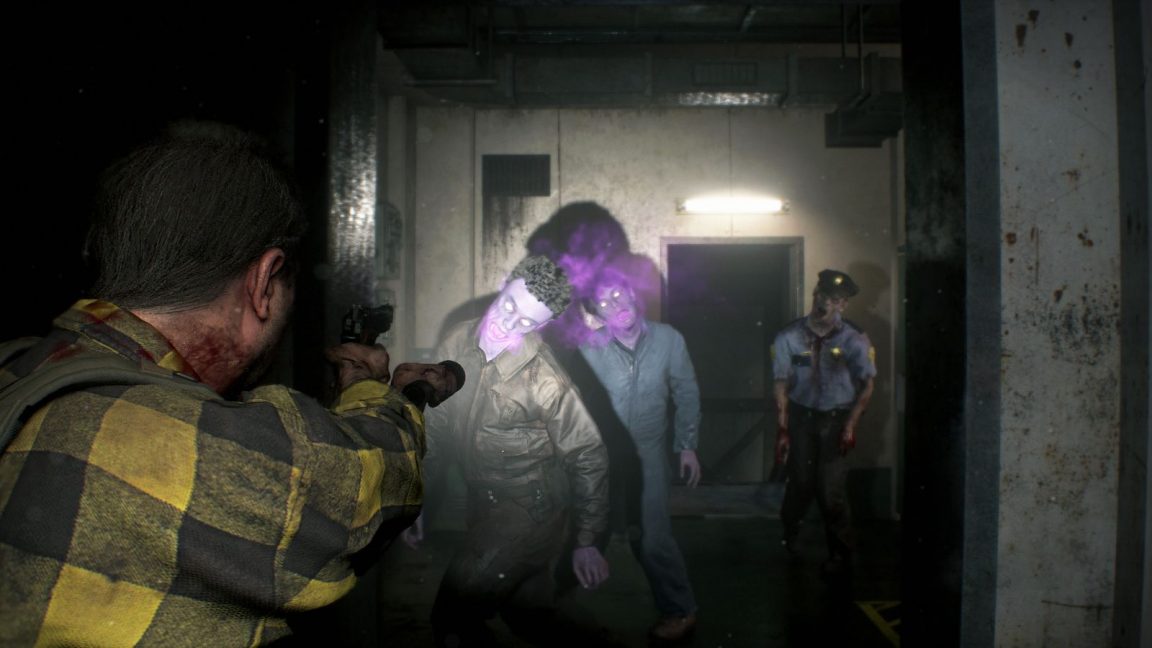 Here’s what each storyline entails, per Capcom:

These scenarios can be completed in regular difficulty or the new Training mode which lowers the difficulty a bit by giving you additional items and item slots. Capcom said Training Mode is a “great way to understand some of the mechanics,” in The Ghost Survivors.

Unlike the 4th Survivor Hunk and Tofu campaigns, you’ll be able to pick up more than the items you started out with. However, instead of finding these items in the environment, they will drop from specific zombies with backpacks or found in vending machines.

The caveat with the vending machines, is once you take an item from it, you can’t acquire the other two items for that run.

Each scenario will also include new challenges and trophies specific to The Ghost Survivors. Completing these will unlock accessories for your character such as a tiger mask, a raccoon that sits on your character’s head, and more.

The Ghost Survivors releases February 15 as a free update for Resident Evil 2.